Japan loves supercars, there’s no doubt about that. It becomes even more apparent when you see them all together at these sorts of events. Fireworks and alcohol maybe the norms for welcoming the New Year in most parts of the world but in Japan high octane fuel and a lot of engine noise is how they do celebrate here.

If you’re planning on visiting the Hanyu meet at some point in the future make sure you get a comfortable rental car. The parking area is rather far from Tokyo. It’s in completely different area of Japan, in Saitama Prefecture. It took about 90 minutes to get there. The holiday traffic out of Tokyo wasn’t too bad, but the traffic going in was exactly what you’d think of when the words ‘Tokyo’ and ‘traffic’ are mentioned in the same sentence. 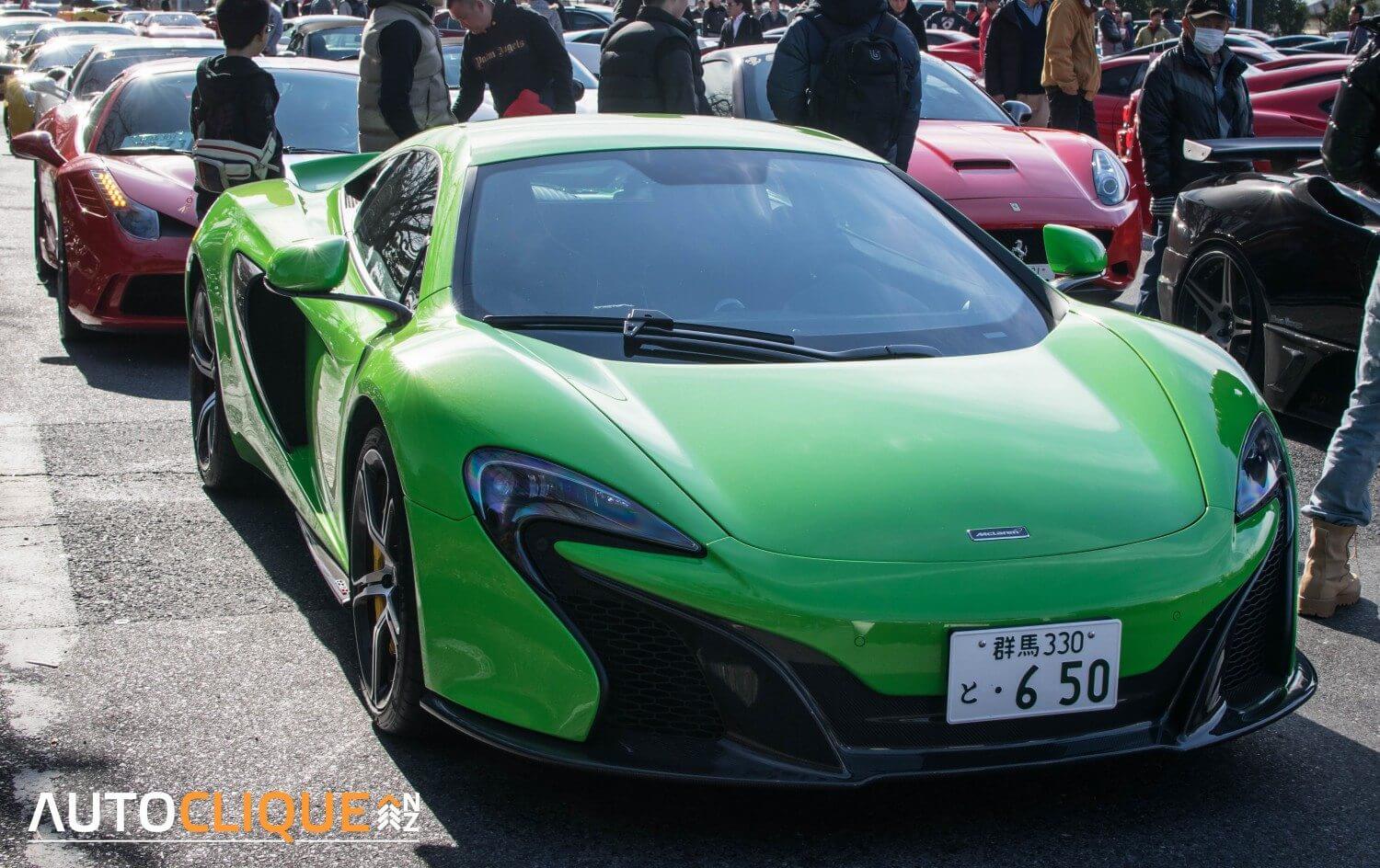 When we eventually got to Hanyu Parking Area there was a bit of a jam. We were in what can only be described as a supercar sandwich. In front of the Nissan X-Trail on front of us was a yellow Ferrari 360 and behind us was a Diablo GT. Beyond that was a Mantis Green McLaren 650S and a red Ferrari 458 Speciale. I felt like I was in a dream of some sort. 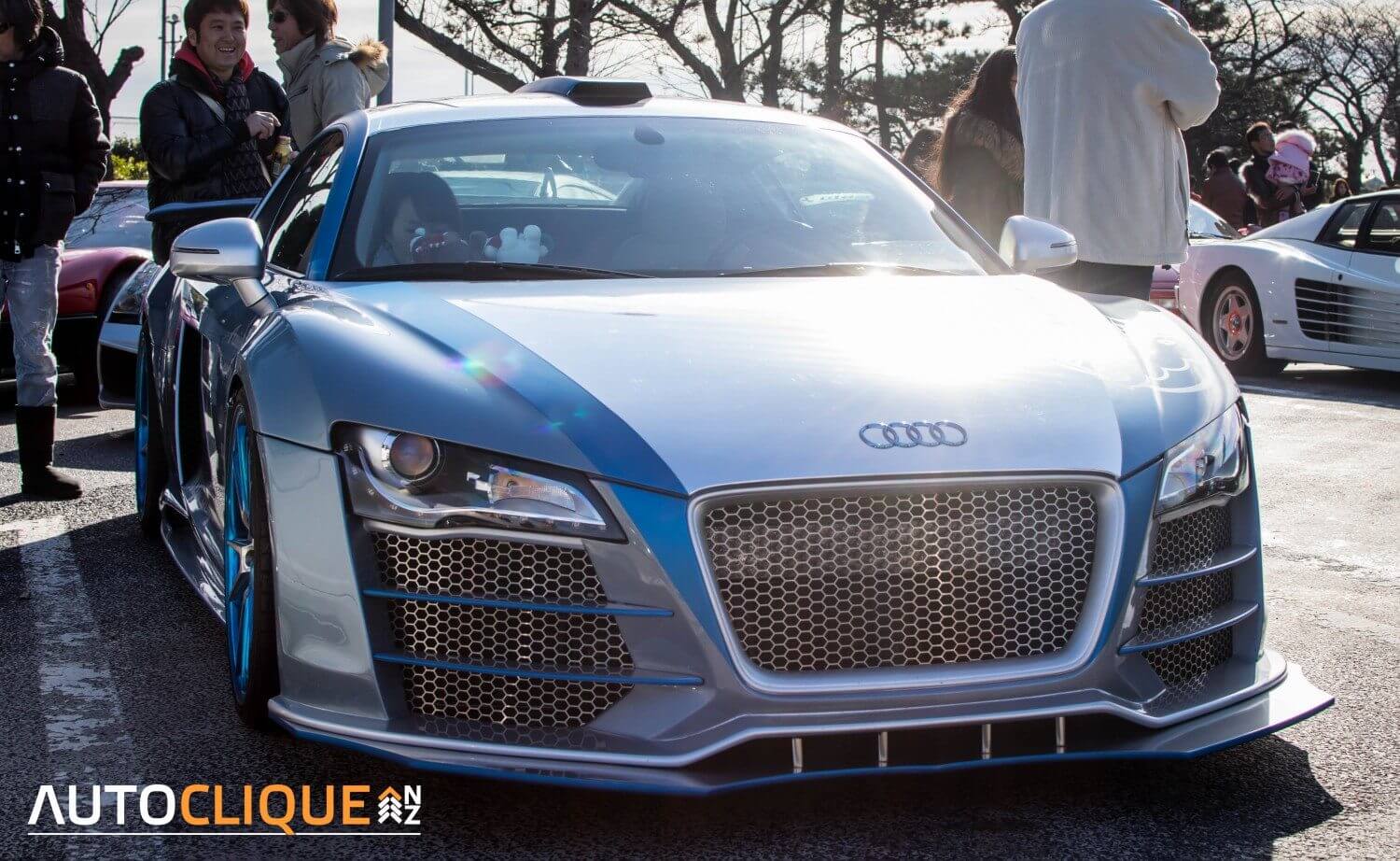 The reason for the traffic jam was because the supercars that showed up had taken up about a third of all the spaces of the parking area. Meaning those on a normal New Year’s road trip stopping over for a break had no where to stop and park. They ended up stopping in front and behind of parked cars. There was beauty in all this chaos though. 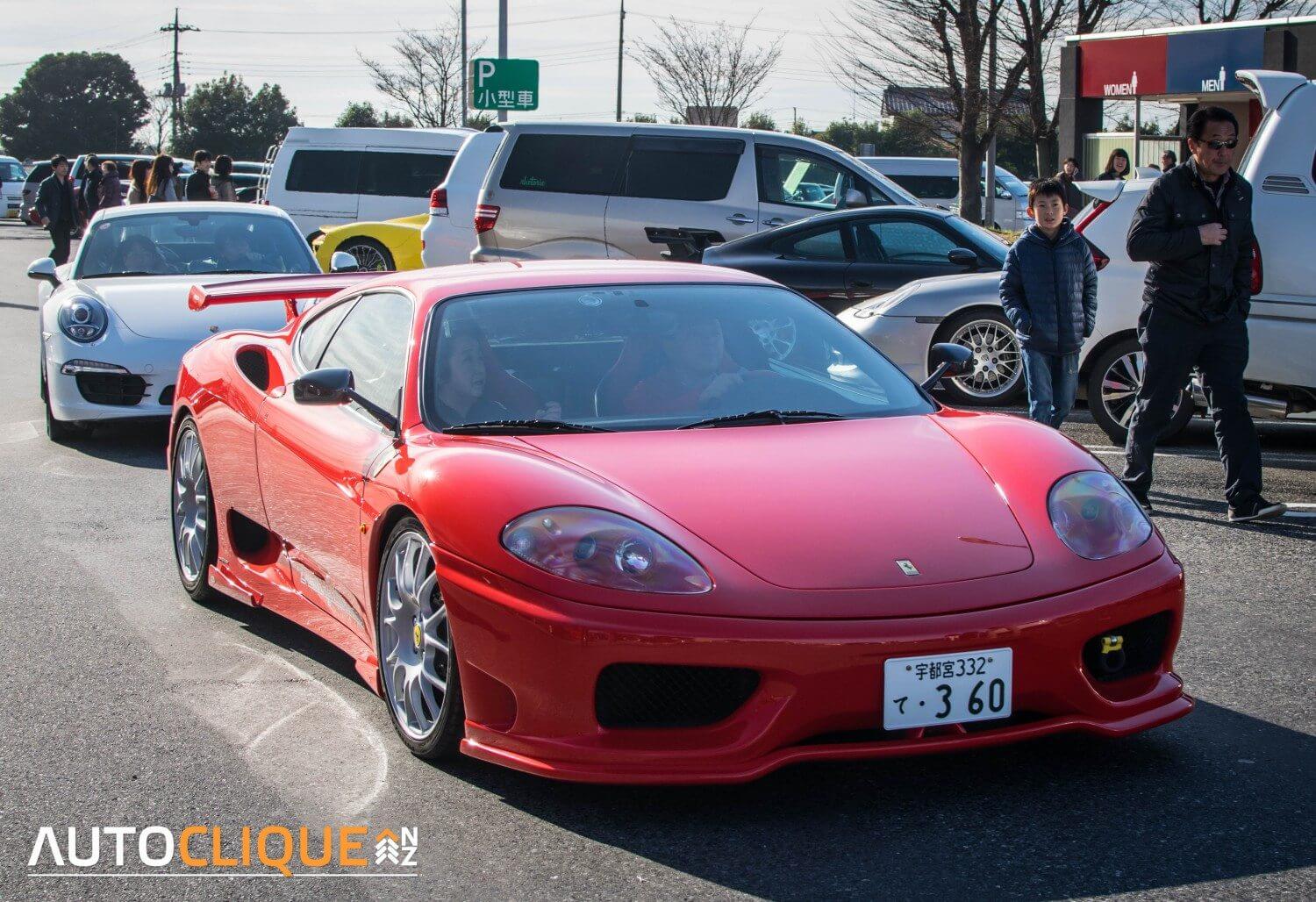 I didn’t count how many supercars were there in total, as more came while others left. It must’ve been easily over fifty in attendance though. A lot of the ones here you’ll probably remember from my previous post on Hanyu Parking Area. But there were some new faces and surprise. 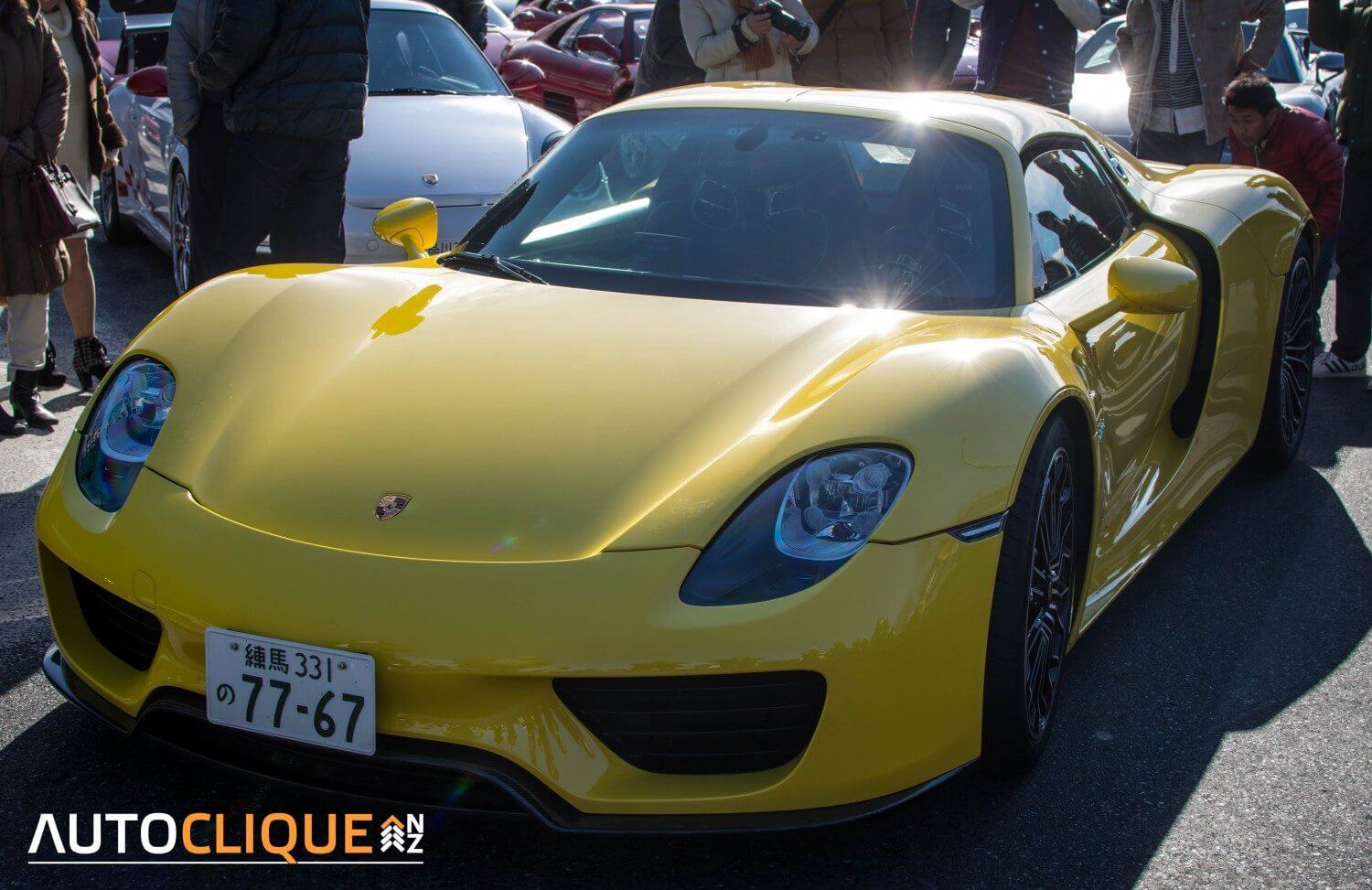 The highlights for me were the yellow Porsche 918 Spyder, white McLaren P1, the white 993 GT2, and the silver Porsche 904 Carrera GTS. I had seen photos of the yellow 918 online a number of times and have been wanting to see it for a bloody long time. It’s by far my favourite colour of the 918 I’ve seen, though I reckon it’d look even better with the Weissach wheels. This particular P1 managed to avoid me for about 6 months. I first saw it in Ginza, in the centre of Tokyo. I chased it for about a minute before it disappeared off into the distance. I hadn’t seen it since until Hanyu. You can run but you can’t hide from me! It was a very Japanese-spec though; white with a red interior and of course black coloured rims. To have both the 918 and P1 together at the same meet was truly special. 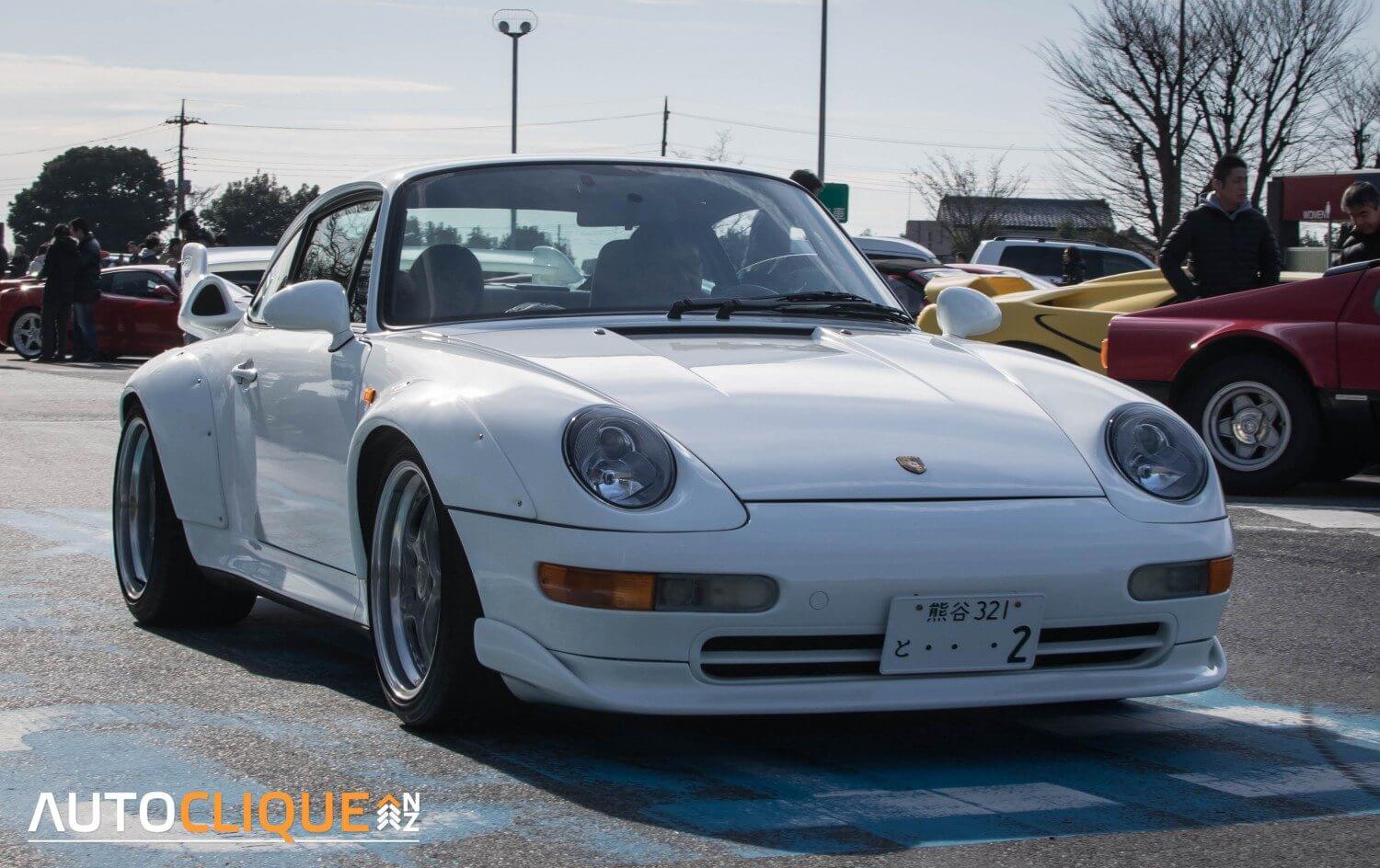 Equally special though (no, really) was the white 993 GT2. Porsche only ever made 57 of these. These were homologation specials for the GT2 series racing cars. Based on the 993 Turbo, it was lighter and more powerful. Porsche ditched the four-wheel drive setup of the Turbo for weight reduction. GT2s originally came with a 430 bhp/316kW 3.6-litre turbo but was uprated to 450 bhp/331kW later in its life. The GT2 can be differentiated from other 993s by the flared arches, lip spoiler, larger rear wing air intakes, ‘911 GT’ logo at the back, no headlight washers, no rear windscreen wiper, and a more basic interior. These are seriously collectable and expensive cars. I love them, a lot. 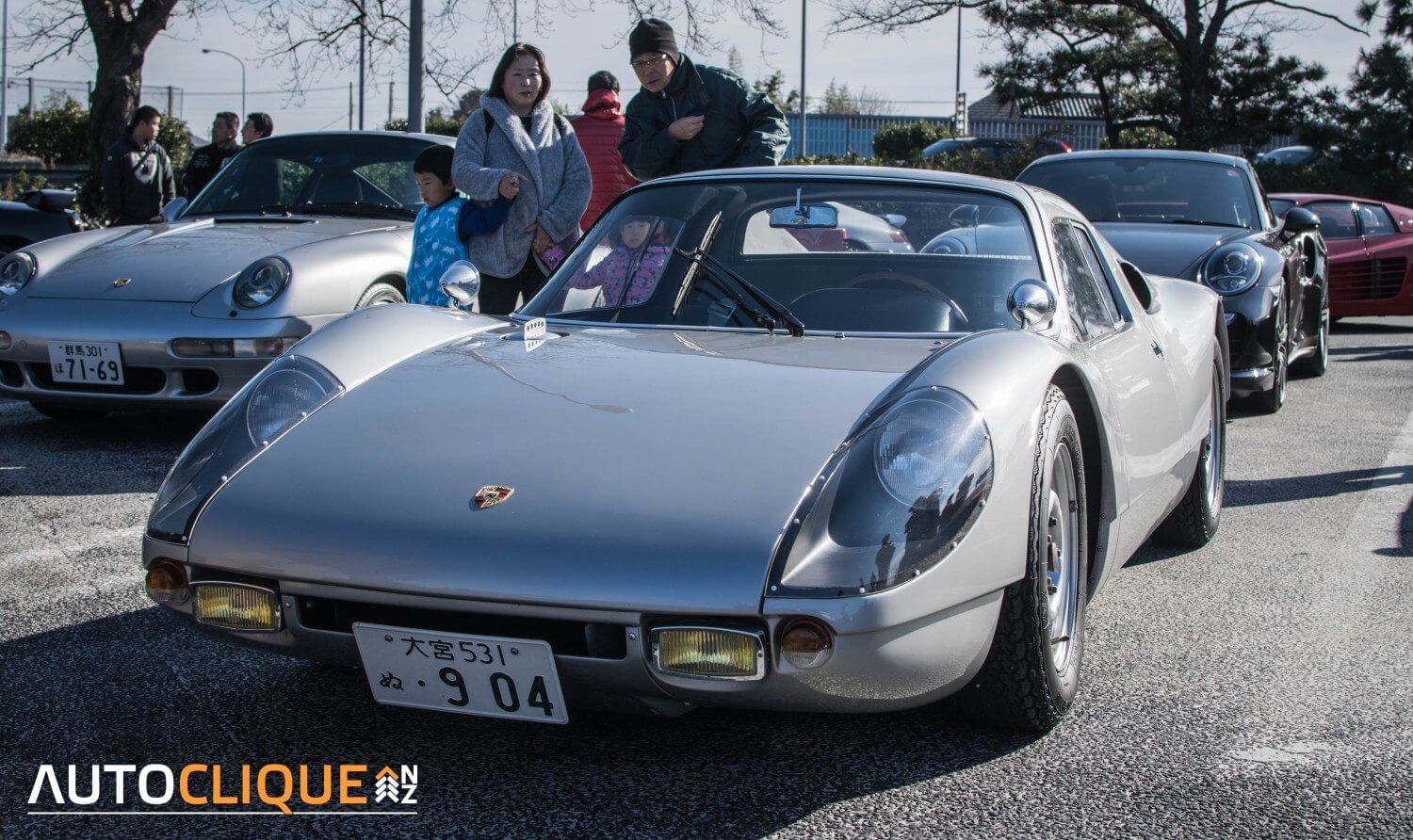 The 904 Carrera GTS though was totally unexpected. There are about 106 or so road going versions in the world. To be honest I don’t know much about these cars. All I know is that they’re bite-the-back-of-your-hand beautiful and I want to look at it for a long time. For the beauty prize, the 904 would take the crown on the day. Nothing came close to its beauty. However many did try to go in the other direction though. Take the black Lamborghini Murcielago Roadster for example. These are one of my personal favourite Lamborghinis but for some reason the owner of this one decided to put some psychedelic stripes on it. It made it look like it was wearing a striped thong. There was a white Ferrari F430 with a mad bodykit on it too. I’m not sure it turned out very well. A bit too much soy sauce on the risotto for my liking. 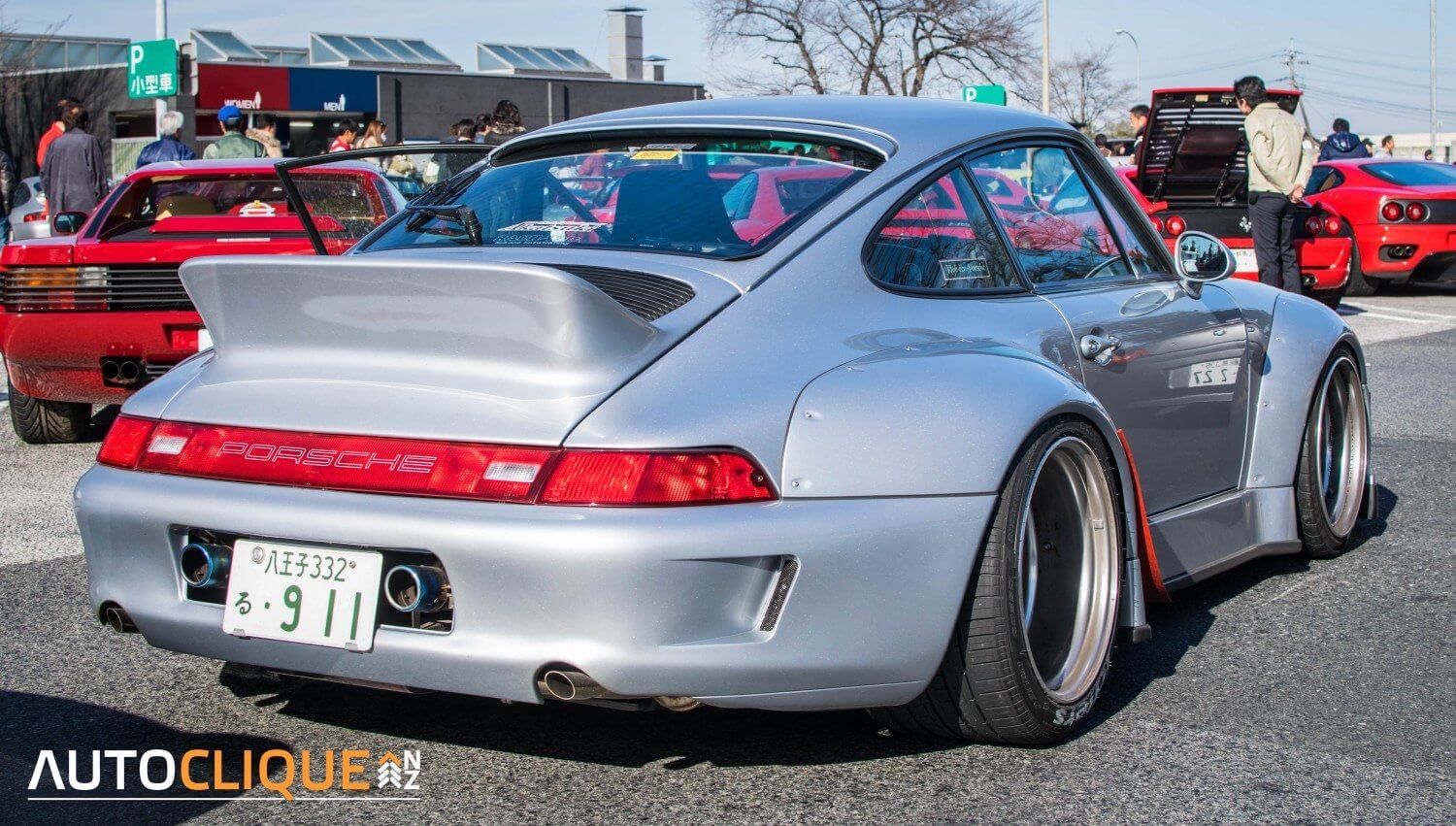 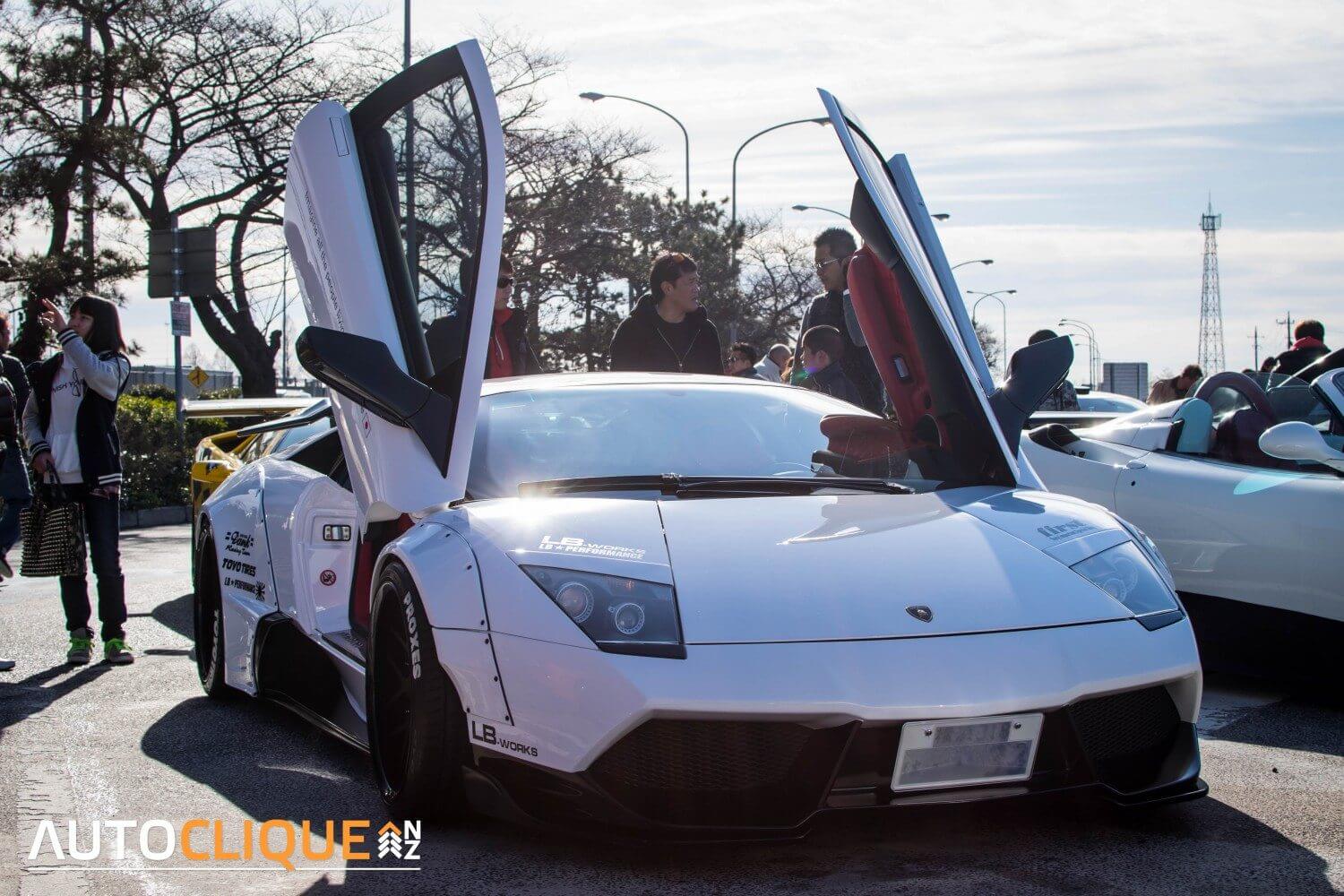 There was one Liberty Walk car at the meet (it’s almost blasphemous not to having one at a meet these days). It was a white Muricelago and boy did it look great. I know some aren’t into the whole RWB/Liberty Walk/Rocket Bunny look of the exaggerated wheel arches, lowered stance, and unnecessary aero additions but to my eyes they make some relatively common cars (I say relatively because this is Japan after all) look even wilder and more special. 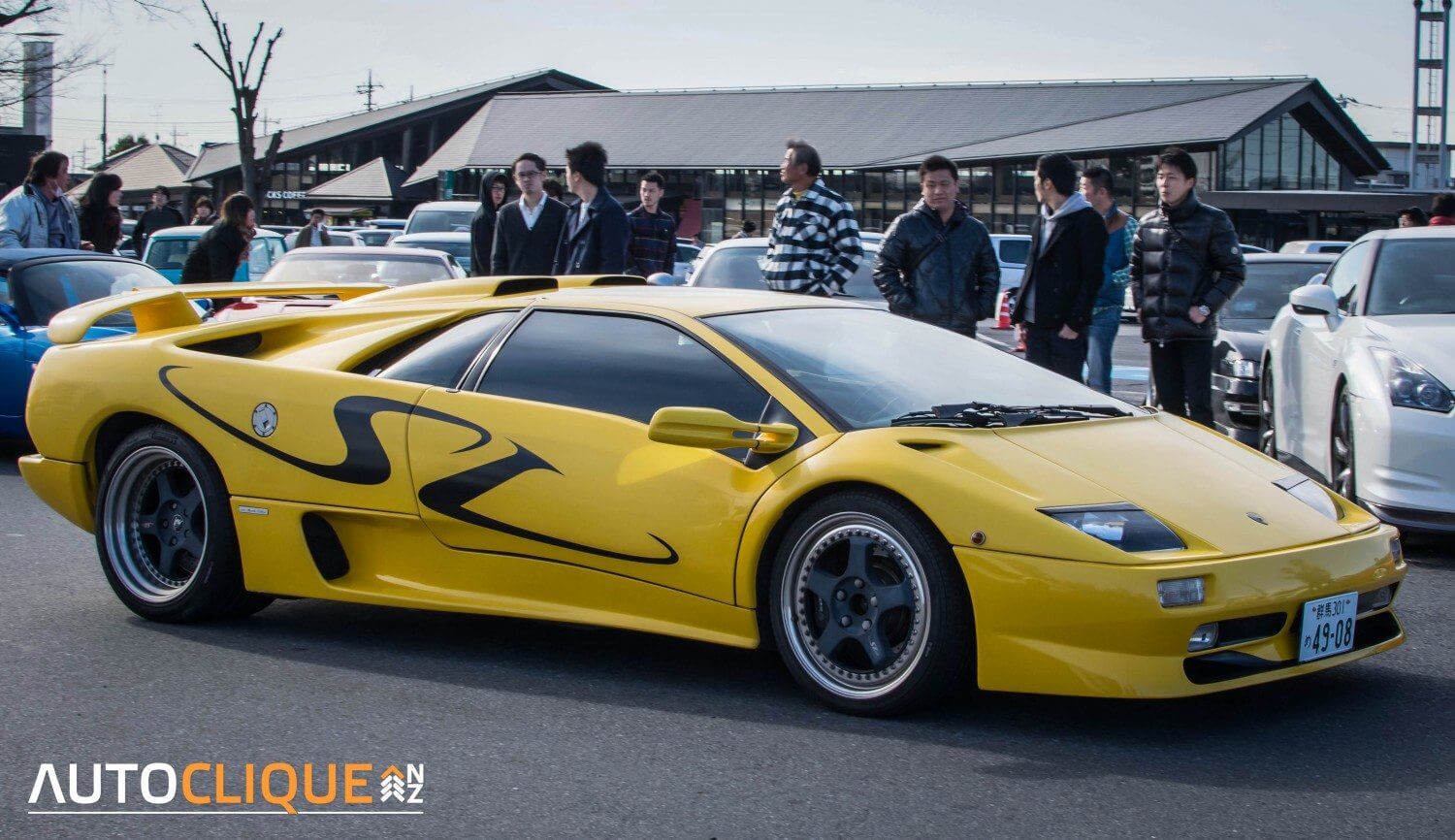 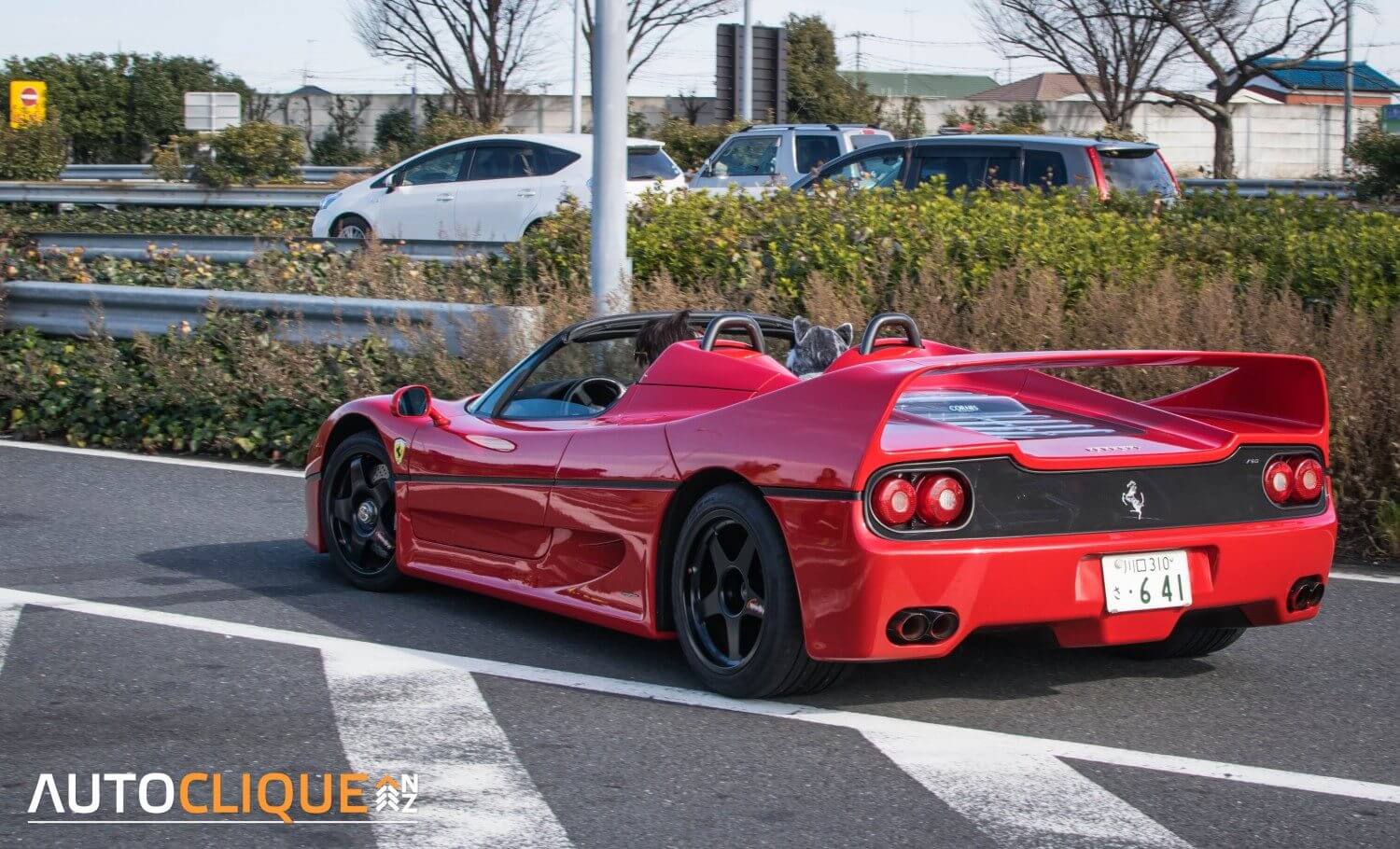 What really made this meet even more special were all the spectators. Because of the fact it was held on the first Saturday of the New Year, just when everyone are going out on road trips and holidays, there was a whole variety of people admiring these supercars. Families with children, elderly couples, and even the police came in to have a closer look at these supercars. 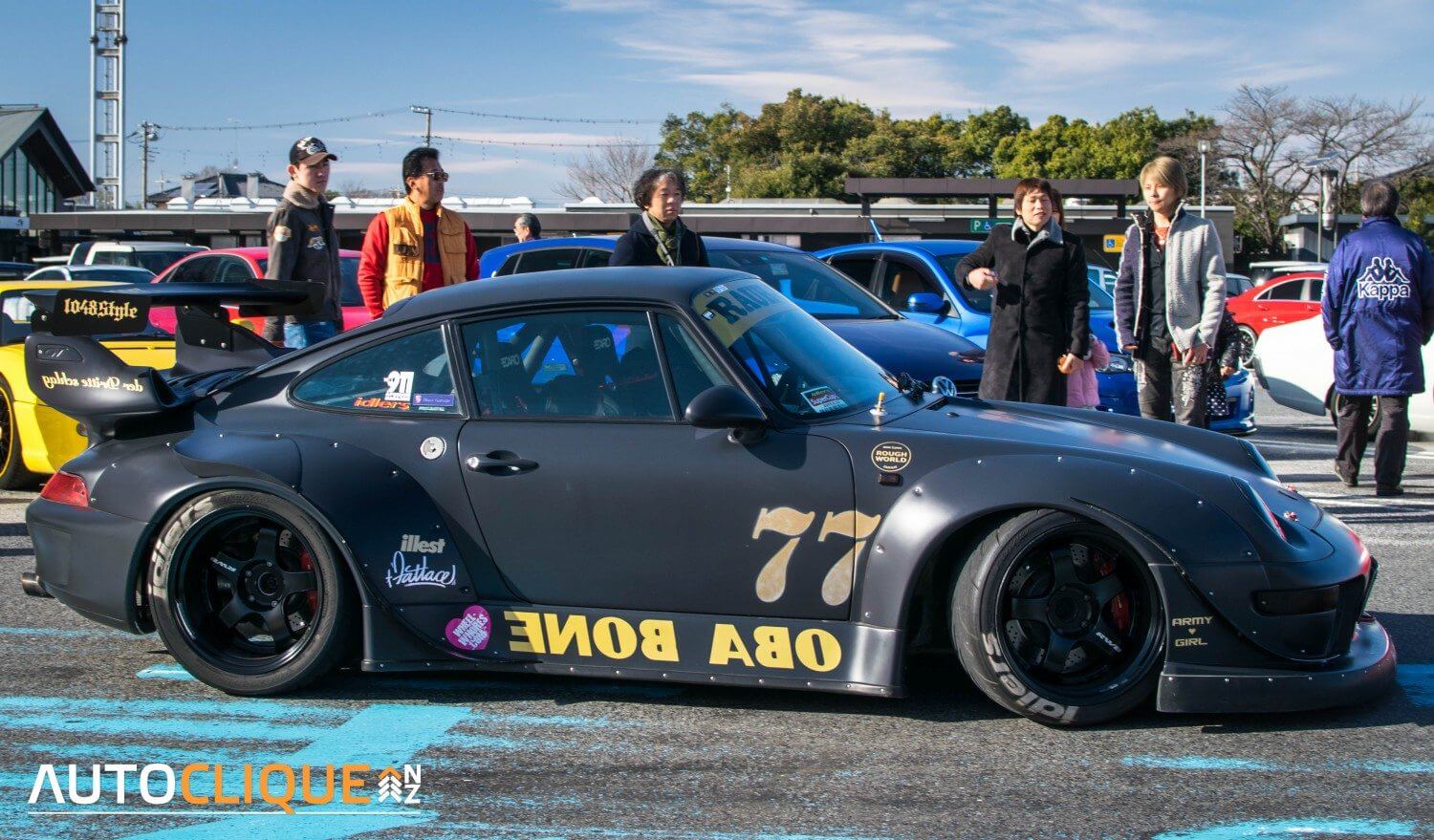 While its one thing to show off your flash supercar, it’s another to let other see and appreciate them. Sure, the owners could’ve kept them hidden in their garages and keep the milage down but instead they drive them out to a random car park for everyone to enjoy. 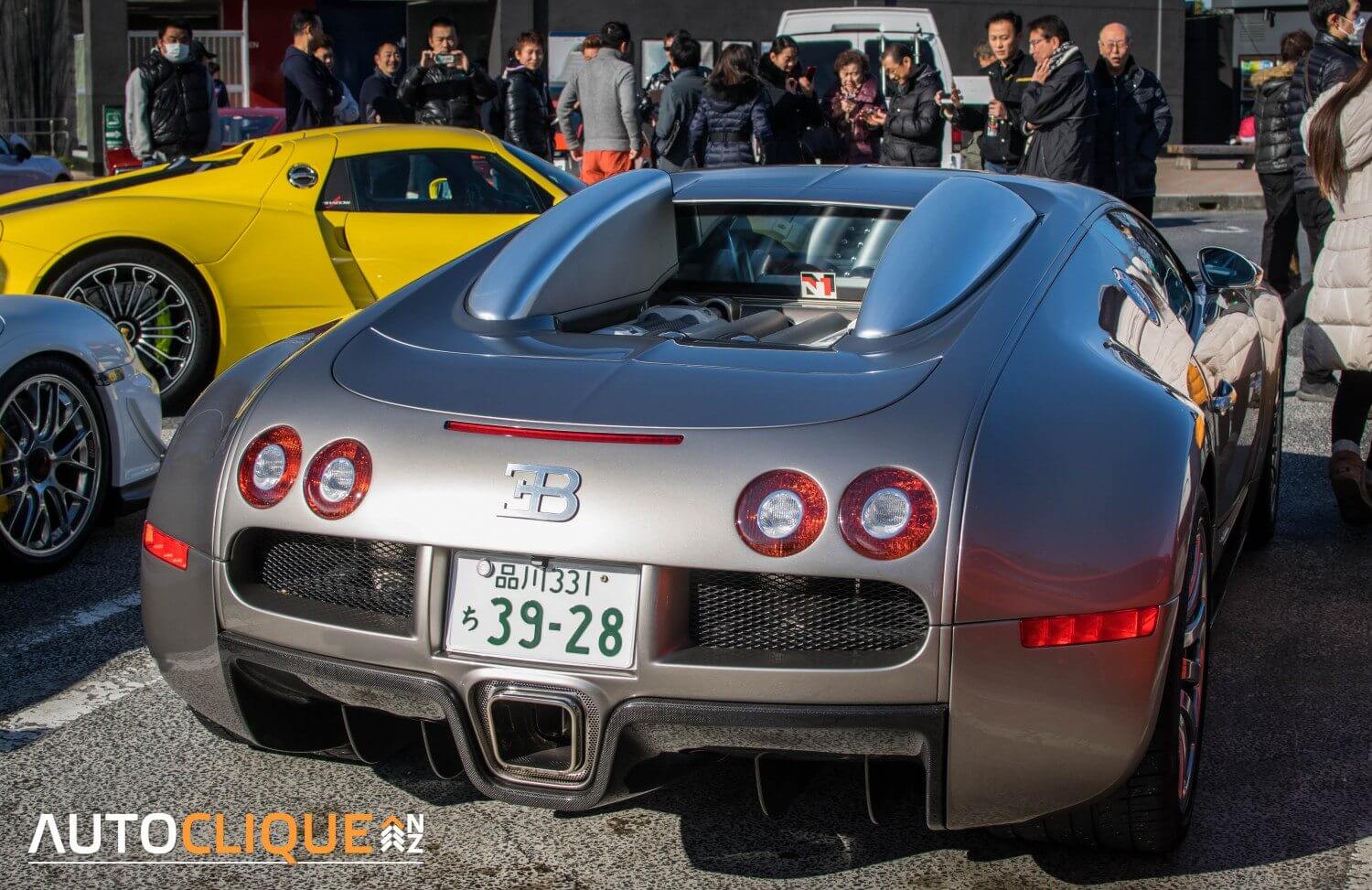 Eventually the meet had to end when rule-enforcing policemen came and told the people who had parked on the bus and truck parking spaces off. But the supercars didn’t leave quietly. Oh no. As you may have seen in the videos I shared, some left on a tsunami of noise. Hanyu was one of the best meets and days I’ve had. And it was only the beginning of what would be a weekend to remember because the day after was the Daikoku New Year’s meet and that, well you’ll have have to stay tuned to find out what that was like.