It won’t be long before competitors will be singled out, but for the moment, the mini special stage organised on the outskirts of Pisco will principally be used to divide up the drivers into categories according to their level, who in turn will reassemble during the rally. the initial stage won’t be as stiff as the drink that made the region famous, but the picture postcard landscape is especially appealing.

The concentration required over the several timed kilometres will still allow the competitors to admire the scenery. nevertheless, the light-hearted attitude and relaxed driving style adopted by the competitors during this first day must not mislead them: the Dakar has really begun. 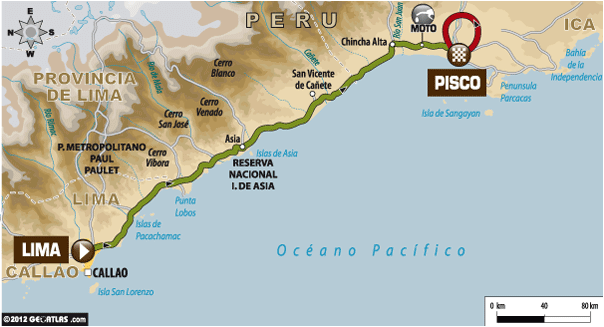