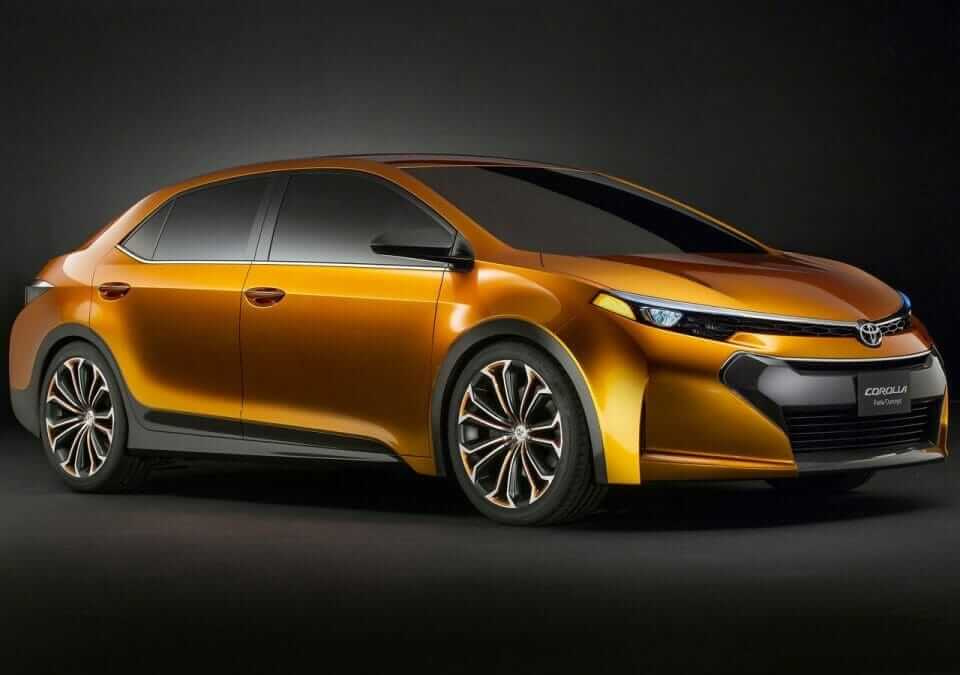 Toyota Corolla Furia Concept has been unveiled at the 2013 North American International Auto Show in Detroit. This exciting compact sedan concept hints at the styling cues consumers can expect to see on the next-generation Corolla. The concept represents an exterior styling study by Toyota designers, and it builds on the brand’s product development priority to develop more dramatic, expressively designed vehicles.

“The Toyota Corolla Furia Concept is an early indicator of where our compact car design may lead in the future,” said Bill Fay, group vice president and general manager of the Toyota Division. “It blends a heightened emphasis on dramatic design and modern elements of high technology to generate curb appeal that will surprise a lot of people.”

The Furia is designed around a theme of “Iconic Dynamism,” which uses pure and simple surface elements to create a confident, decisive and recognizable appearance appealing to more youthful consumers. It features a more provocative, dynamic interpretation of a compact sedan that displays a more stable, athletic stance with 19-inch allow wheels pushed to the vehicle’s corners with short overhangs to help emphasize its long wheelbase. 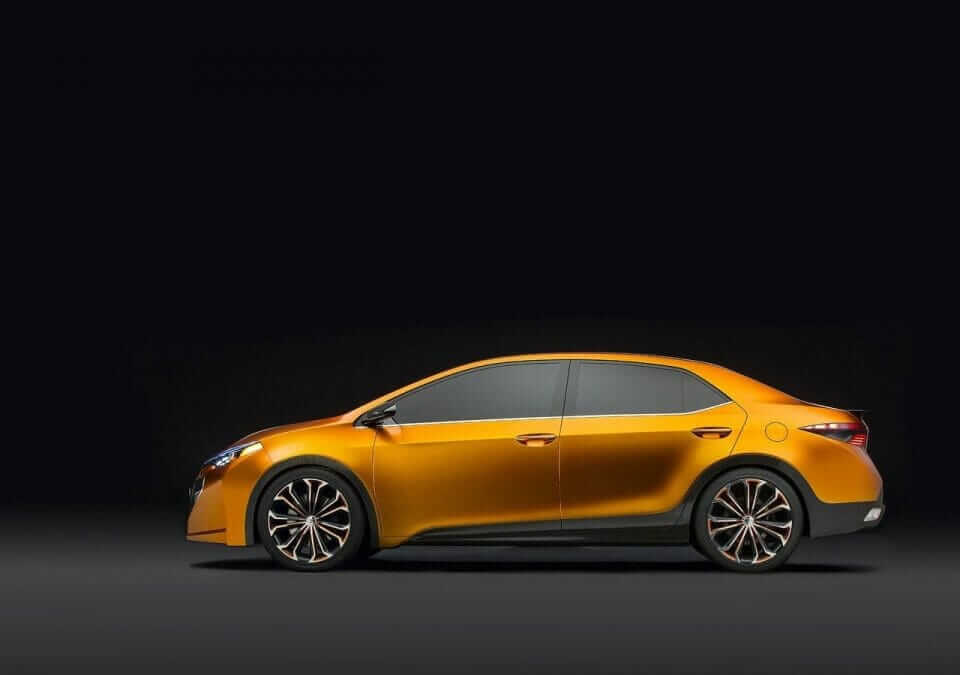 The Toyota Corolla Furia design includes a swept windshield, with a sloped roofline and pronounced fender flares, to help communicate a sense of motion even when the car is stationary. The aggressively styled front fascia, with a blacked-out grille treatment, helps highlight a pair of sculpted front LED headlamps that combine with the rear composite LED taillight assemblies to add a sense of advanced technology to the Furia’s impactful exterior. Carbon fiber accents adorn the Toyota Corolla Furia Concept’s wheel wells, rocker panels, and rear valance, which includes ornate metal exhaust outlet surrounds to add a sense of modern athleticism. 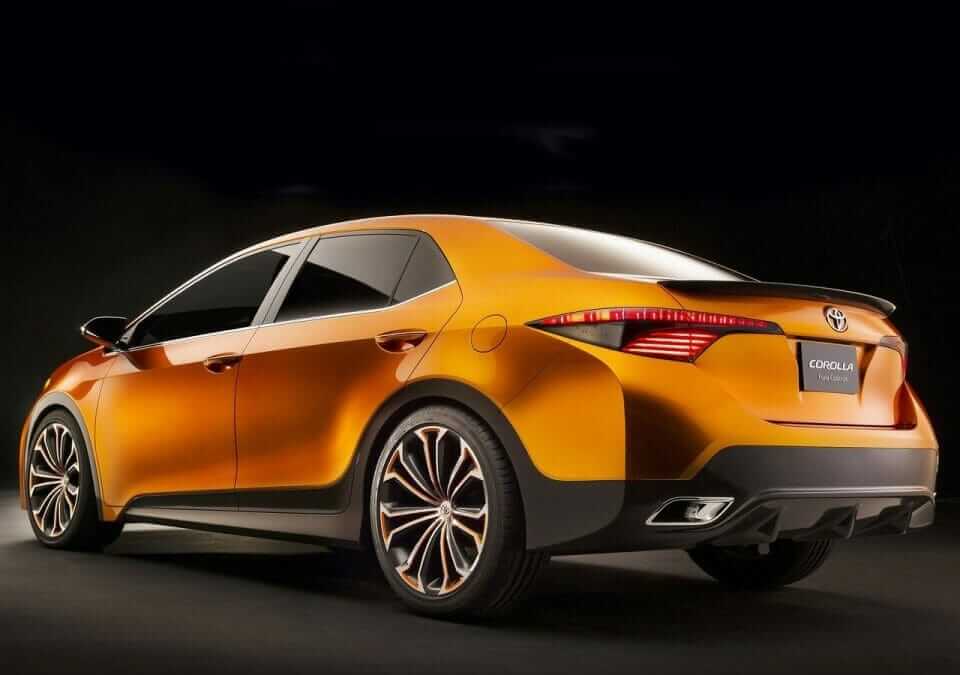 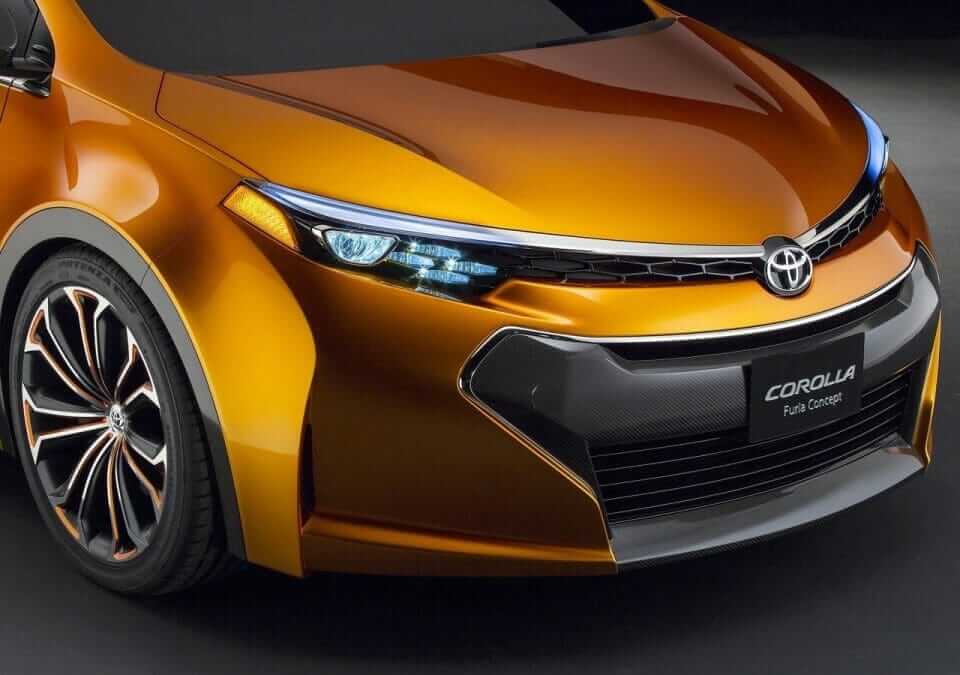 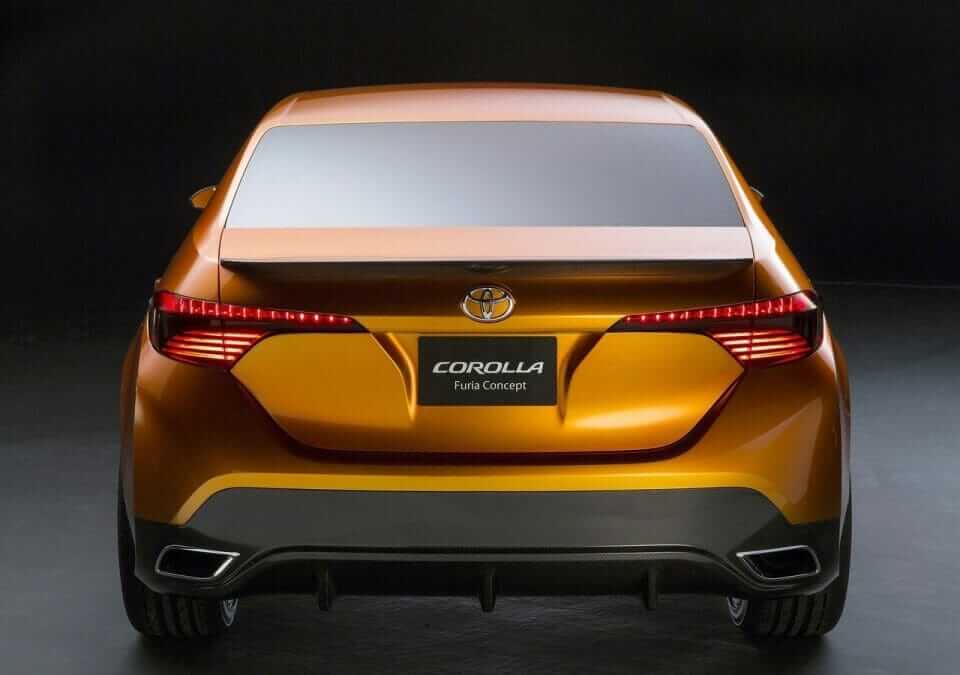