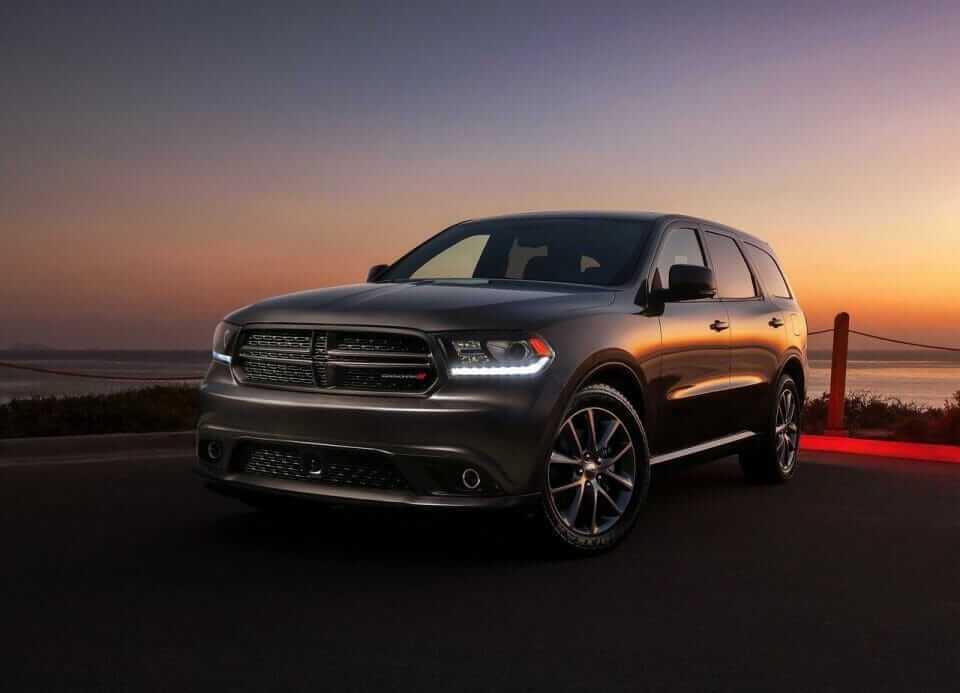 Dodge is introducing the new 2014 Dodge Durango just as the SUV segments in the United States are showing tremendous growth. The new Durango competes in the full-size SUV segment, which with 900,000 units sold in 2012, has jumped 82 percent since 2009. With its standard three rows of seats and interior seating flexibility, Durango also appeals to shoppers looking for a full-size crossover. The two segments combined are up 48 percent since 2009, outpacing the industry. And of those full-size SUV and crossover sales, approximately 60 percent are three-row vehicles, placing Durango squarely in the heart of the market.

Durango customers are tech-savvy, youthful and full-of-life, with one of the youngest demographics in the segment. Their active lifestyles keep them on the run, and they depend on technology to keep them connected. The Durango delivers with the latest Uconnect Access technology and connectivity in an agile, flexible vehicle that is spacious with versatile three-row seating for passengers and their gear.

When the Dodge Durango debuted in 2011, it had a distinct advantage over the competition as an SUV designed to deliver performance, without compromising fuel economy. With the addition of the new eight-speed automatic transmission with paddle shifters standard across the lineup, Durango ups the ante delivering improved efficiency, as well as a more refined and engaging driving experience. 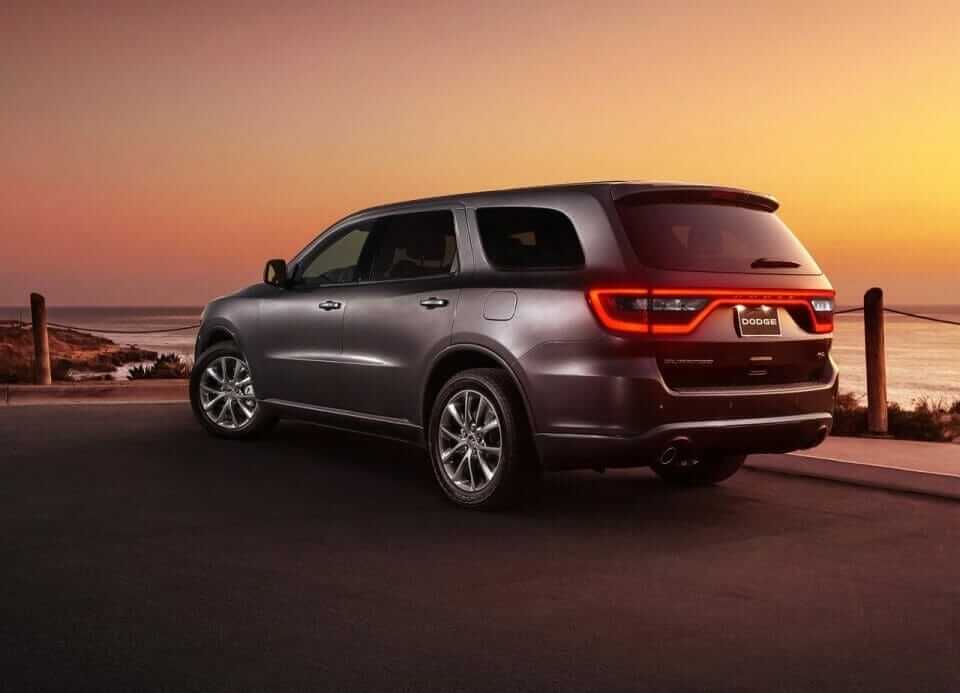 High-tech exterior look
The Dodge Design team went to work to create a new exterior that conveys how advanced the Durango is, while maintaining the muscular body and confident personality customers expect from Dodge.

The new face of Durango is still distinctly Dodge and features a new, slimmer “split crosshair” grille with mesh textures unique to each trim level. Combined with the redesigned projector-beam headlamps and a raised front bumper, the 2014 Dodge Durango has an even more sinister look than the previous model. Durango’s sculpted hood and grille complete the unique to Dodge forward-leaning profile that continues through the deeply browed headlamps.

For a more monochromatic appearance, the Rallye and R/T are equipped with dark-tinted headlamp bezels, body-color front and rear lower fascias, wheel flares, grille and sill moldings, all unique to the these packages. The R/T’s ride height has also been lowered by 20 mm, further enhancing its sporty appearance and driving dynamics.

In line with Dodge Charger, the side profile of the Durango maintains its powerful shape, accented by muscular fender arches and curves that flow back in through the doors, resembling the iconic shape of a coke bottle. The greenhouse of the new Durango blends seamlessly into the body, and a body-color rear spoiler significantly reduces drag while adding visual drama to the side profile.

The 2014 Dodge Durango receives all-new 18- and 20-inch aluminum wheel designs for every trim level, and feature finishes ranging from silver painted to polished aluminum to class-exclusive Hyper Black. In total, there are seven wheel designs and finishes to select from.

The rear of the Durango sees the addition of the dramatic LED racetrack tail lamp design inspired by the Dodge Charger and all-new Dart. Still immediately recognizable as a Durango, this latest evolution of the racetrack design features a new technology that blends the individual LEDs into one seamless looking ribbon of light. In total, there are 192 LEDs in the new tail lamp assembly that give Durango a presence on the street and make it instantly recognizable as a Dodge.

The rear fascia has been re-sculpted to fully integrate the trailer hitch. This gives Dodge Durango a cleaner, more premium look. Large 3.5-inch dual exhaust tips are standard on V-8-equipped vehicles, including the R/T, along with the Rallye; other V-6 powered Durango models have a 3-inch single tip. 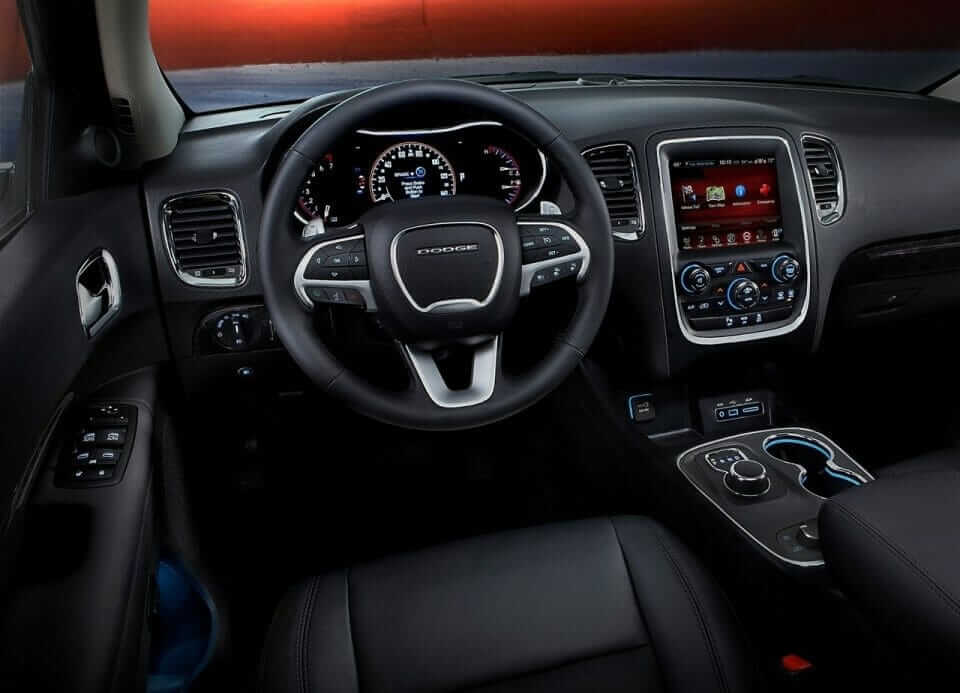 The transmission efficiency and wide ratio spread provide the best possible fuel economy by operating at a lower engine rpm in both city and highway environments. The addition of more gear ratios also helps reduce the gaps normally associated with upshifting and downshifting.

Gear changes are nearly imperceptible due to the evenly spaced gear steps between each gear ratio. Internally, the transmission has four gear sets and five shift elements (multi-disc clutches and brakes). Only two shift elements are open at any time. With fewer open shift elements, drag losses due to multiple parts rotating relative to one another are reduced, improving fuel efficiency.

Powertrain choices
Named one of Ward’s 10 Best Engines for three years, Durango’s standard 3.6-liter Pentastar V-6 engine paired with the new standard eight-speed transmission delivers up to a 9 percent improvement in fuel-economy when compared with the previous transmission, not to mention improved performance. The standard flex-fuel 3.6-liter Pentastar V-6 engine generates an impressive 290 horsepower (295 horsepower on Rallye) and 260 lb.-ft. of torque, and can tow up to a best-in-class 6,200 pounds.

The 5.7-liter HEMI V-8 engine produces a best-in-class 360 horsepower and 390 lb.-ft. of torque with a best-in-class tow rating of 7,400 pounds. The 5.7-liter engine’s Fuel Saver Technology with cylinder-deactivation seamlessly alternates between smooth, high-fuel-economy four-cylinder mode when less power is needed and V-8 mode when more power is in demand. This optimizes fuel economy when V-8 power is not required, without sacrificing vehicle performance or capability.

Advanced interior with premium craftsmanship
For 2014, Dodge designers are bringing Durango to the forefront of technology in the three-row SUV segment, while taking nothing away from the utility and build quality for which Durango is known.

The new instrument panel features a redesigned center stack that houses the new 5-inch and 8.4-inch Uconnect touchscreens. Under these large, easy-to-use touchscreens are redundant button and knob controls for audio and climate functions. The bottom of the center stack houses a new media hub with an SD card slot, USB outlet and auxiliary jacks, as well as a storage bin.

The center console features a new segment-first rotary shifter for the standard eight-speed automatic that adds another level of refinement over the traditional gated automatic shifter. Manual shift functions have moved to paddle shifters on the back of the Durango’s new steering wheel. These paddle shifters are standard on all 2014 Dodge Durango models.

The instrument cluster has also been given the high-tech treatment and now includes a full-color 7-inch thin-film transistor (TFT) screen similar to the one found in the all-new Dodge Dart. Standard on all models, this screen allows for drivers to customize more than 100 ways how information is presented.

Framing the new instrument cluster is a redesigned three-spoke steering wheel with the previously mentioned standard paddle shifters. The buttons to control TFT driver information functions are now larger and illuminated to make them easier to operate. Buttons for Uconnect and phone access now reside along the bottom edge of the vertical spokes. As before, Durango’s popular audio controls are still found on the back of the upper steering wheel spokes.

A large lockable glove box has a viscous-dampened hinge, which helps it open and close smoothly.