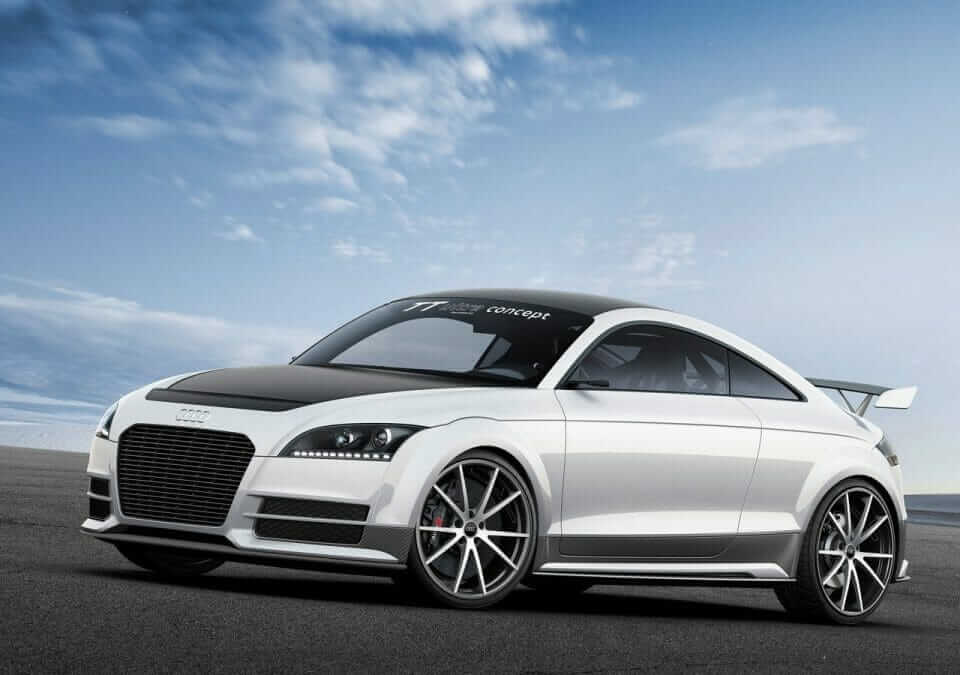 This is Audi’s most extreme Audi TT yet. The TT Ultra Quattro is pushing the latest weight-saving technology audi have to offer. Weighting in at 1111kg, around 300kg less than the next TT RS, despite retaining the quattro all-wheel drive system. Another 100kg is shed from the TT Ultra’ body construction using carbon fibre reinforced plastic and carbon fibre body panels used on the bonnet, roof and tailgate. 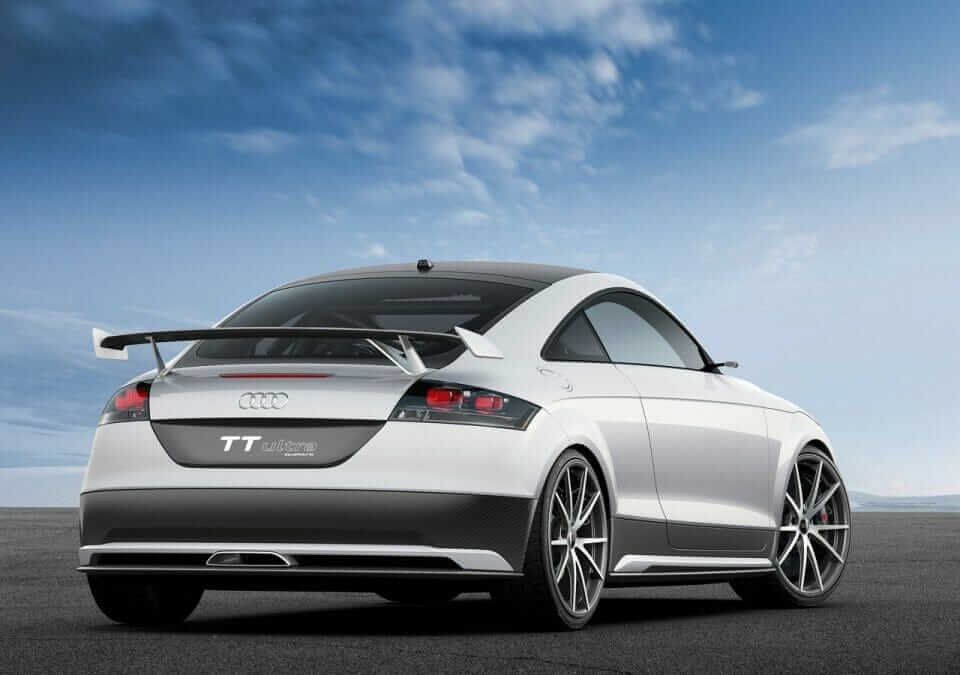 The focus of this concept was weight saving technology, but in addition they have tweaked the 2.0 TFSI to output 306bhp, putting it close to the 335bhp TT RS which uses a 2.5-litre TFSI. Torque has also been improved from 258 to 295lb ft. The 2-litre TFSI’s extra performance is also gained though weight-saving tweaks to the crankcase, crankshaft, flywheel and sump, among other components, reducing overall mass by 25% . This combination of lower weight and higher outputs leads move this concept very close to Audi V8 R8 performance figures, with a 0-100kph of around 4.2sec and an estimated top speed of 278kph.

The Audi TT Ultra Quattro is still an official concept, if Audi will push this into development is anyone’s guess right now.