DriveLife
Home Manufacturers News Hennessey Hennessey thinks they have the world’s fastest production car …………… We are... 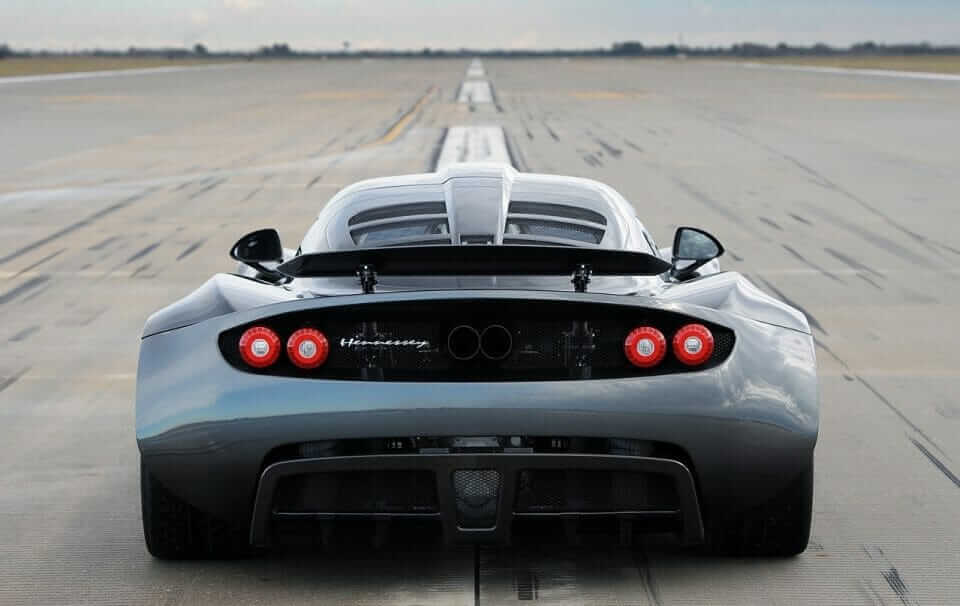 On February 9, 2013 the Hennessey Venom GT tried to pick up the  gauntlet that was thrown down by the mighty Bugatti Veyron with a 265.7MPH (427.6 km/h) run, down a 2 miles runway at Naval Air Station Lemoore, California, which seems to be just sort of the 267.856 mph (431.072 km/h) set on July 4th 2010 by the Bugatti Veyron 16.4 Super Sport at Volkswagen’s Ehra-Lessien high-speed test track.  Hennessey states that the Veyron Super Sport did a run of 267.8 mph, Bugatti speed-limits its production vehicles to 258 mph, Thus, at 265.7 mph the Venom GT is the fastest production car available to the public.” Since the Venom GT is a hugely modified car we think he might be getting a bit picky about this one. What do you think ?