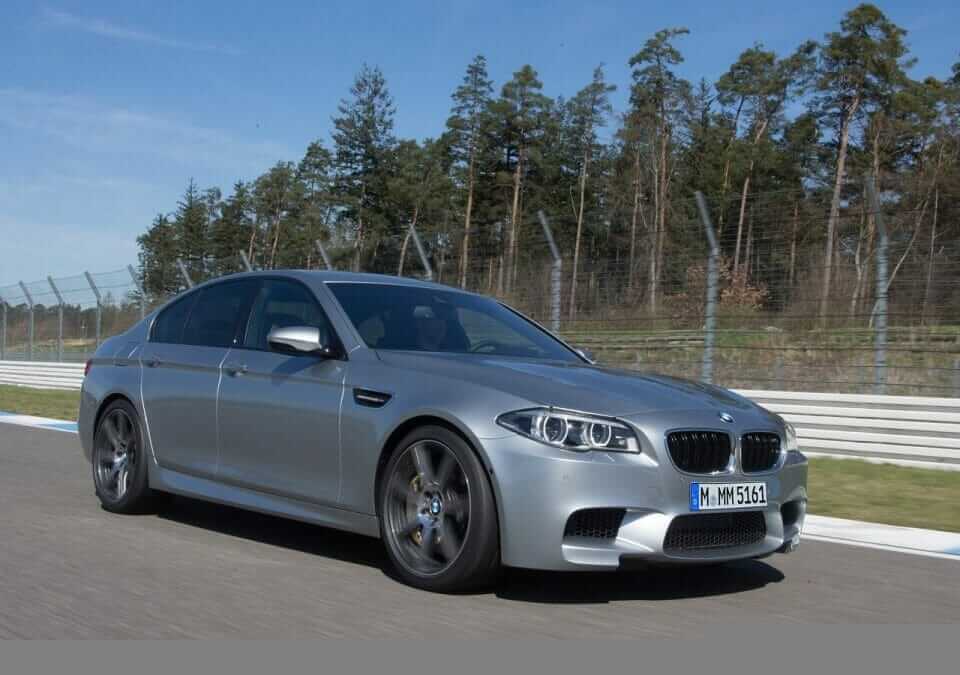 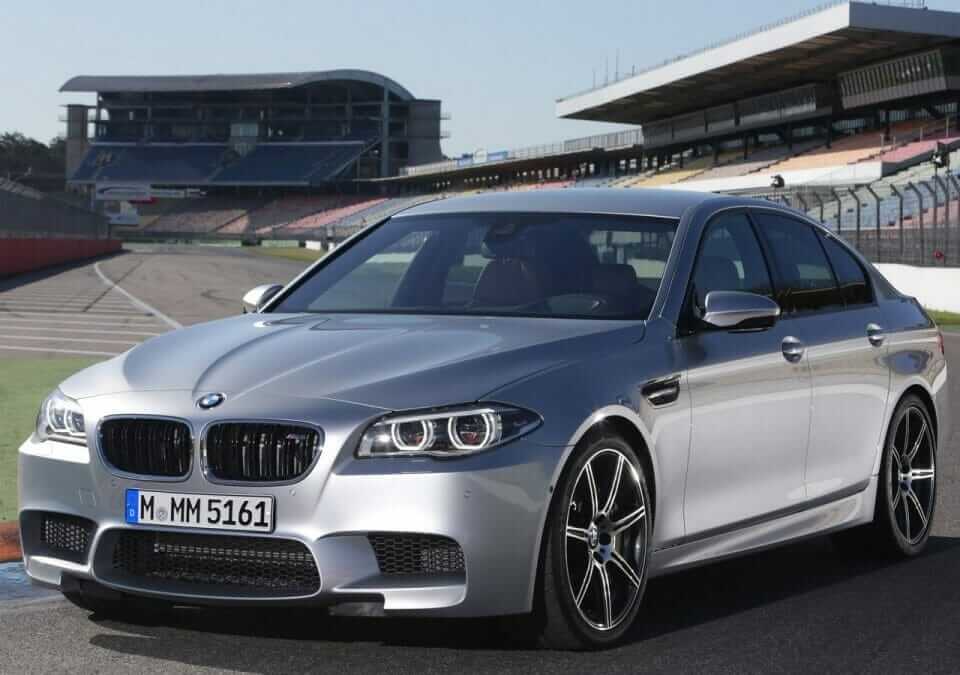 BMW’s M range is known for their epic handling, brutal power and stunning looks. With the sculpted M6 unveiled earlier this year we expected the new 2014 M5 to be something worth waiting for, right until we saw the press release photos and thought ………oh……..thats subtle. Of all the M models the M5 has never been as in your face as it cousin the M3, but never the less you could always tell an M model from a long way off. Never let it be said we think it’s not a nice looking car, we would prefer to see not only the engine and performance package dialled up to 11 but the looks too. The latest BMW M5 is powered by a 4.4-litre V8 engine with M TwinPower Turbo technology peaking output of 412 kW/560 hp. Paired with a seven-speed M dual-clutch transmission, the Active M Differential and model-specific suspension technology leaves us expecting nothing but an outstanding dynamic driving experience. For a further boost in performance, the Competition Package now comes as an optional extra with features that tap into a new dimension of dynamics in trademark BMW M style.

The Competition Package was specifically devised to boost the handling properties of the BMW M5. With the Competition Package, the output of the high-revving V8 engine with M TwinPower Turbo technology is raised by 11 kW to 423 kW/575 hp. Newly developed M carbon ceramic brakes. 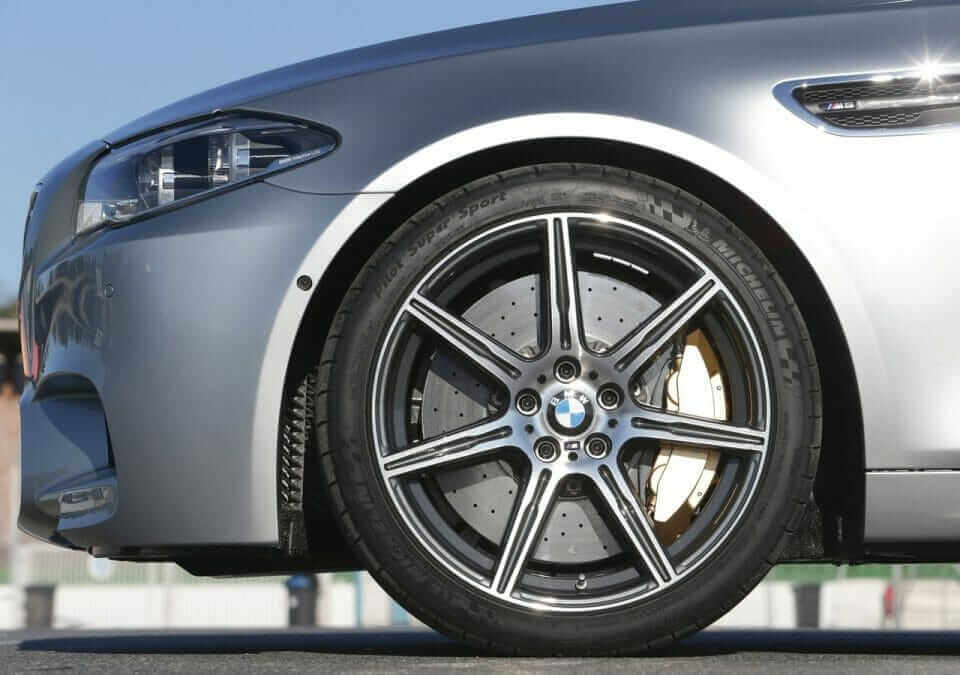 The new interior is a whole different story, creating a performance based environment the exterior may be lack in, by the M leather steering wheel and carbon fibre inlays. The interior of the sedan has also gained an increase in volume of the storage compartment under the armrest in the centre console area. The Control Display of the standard-fitted iDrive operating system now features chrome trim on the sides. For the first time, an optional Touch Controller is available with a touch-sensitive surface allowing, for example, characters to be entered when programming a destination for the navigation system. 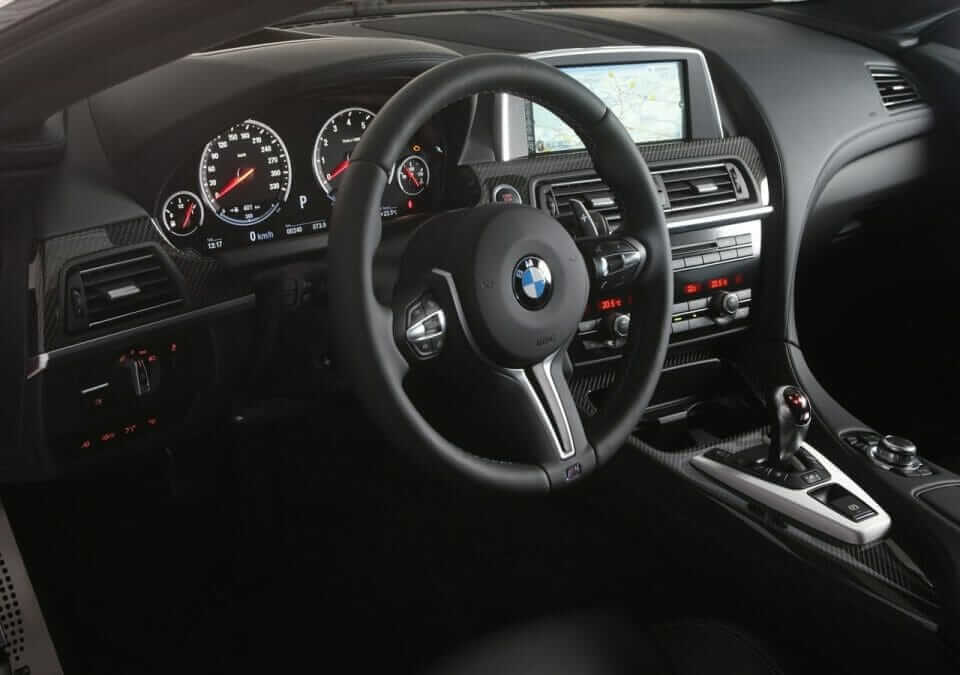 BMW will be offering a range of new exterior colours for the BMW M5 (Pure Metal Silver, Pyrite Brown metallic, Frozen Blue metallic and further BMW Individual matt paintwork finishes), as well as exclusive leather shades (Cashmere Beige and Nutmeg). With the BMW Individual paintwork Pure Metal Silver, for example, the body takes on a deep, brilliant lustre. This unique metallic gleam is down to the combination of a special-effect pigment with a water-based paint system. The addition of ultra-thin aluminium flakes guarantees a uniform and gleaming surface. Depending on the angle of view, these flakes create a light-dark contrast and accentuate the surfaces of the body. This paintwork showcases the model’s lines and contours to even better effect and adds striking touches to the vehicle’s design.

For now we have only the photos to go on, and we are left hoping that the car when seen in the flesh will project that menacing M feel that we have all come to lust after.