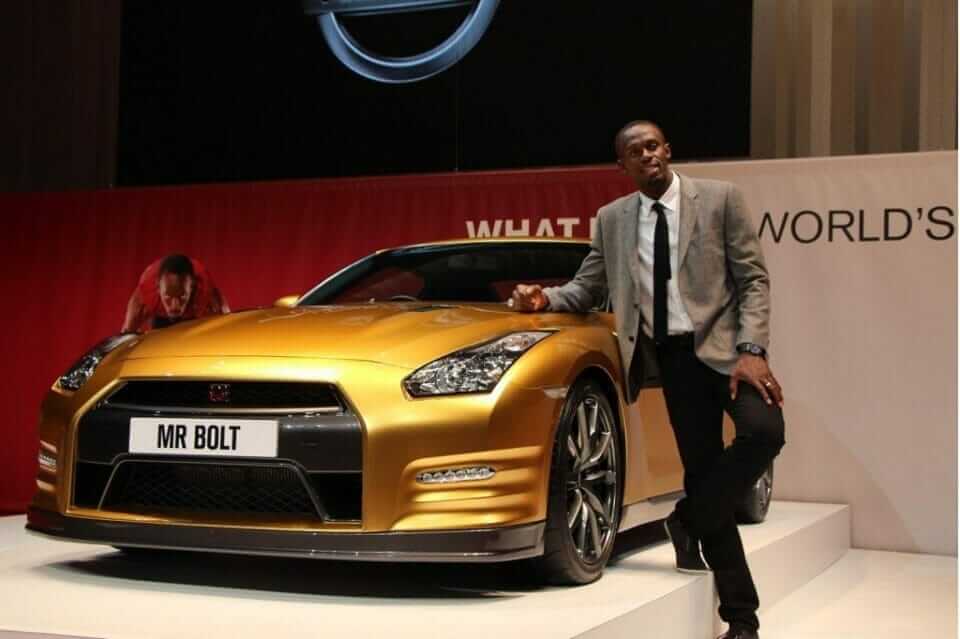 Nissan has delivered a special GT-R, bathed in exclusive gold paint, to Olympic gold medalist Usain Bolt in appreciation for his contributions as a Nissan brand ambassador for GT-R. Bolt, known as “the world’s fastest man,” has been promoting the company’s brand awareness in association with the Nissan Global Brand Campaign, which kicked off in April 2012 and has been running in markets around the world ever since.

It was love at first sight for Bolt, already a GT-R owner, when the one-of-a-kind “Bolt Gold” GT-R was unveiled as the top prize in an online global charity auction held in late 2012. The proceeds of the auction went to the Usain Bolt Foundation.

The special Gold GT-R that Nissan presented to Bolt is based on the 2013 model year Nissan GT-R*. It has been customized to suit Bolt’s driving style, based on the data Nissan engineers recorded during his test drive of the GT-R line-up when he visited the company headquarters in October 2012. The uniquely gold-painted Nissan GT-R features a flamboyant white interior, BOSE® audio system and 10-spoke RAYS® aluminum-alloy forged wheels. These specially-fitted, hyper-titanium color-coated wheels add extra flair to an already bold exterior that is highlighted by an exclusive “Spec Bolt” emblem. The visual specs of the car, including exterior color, interior color and wheels, were selected by Bolt himself. 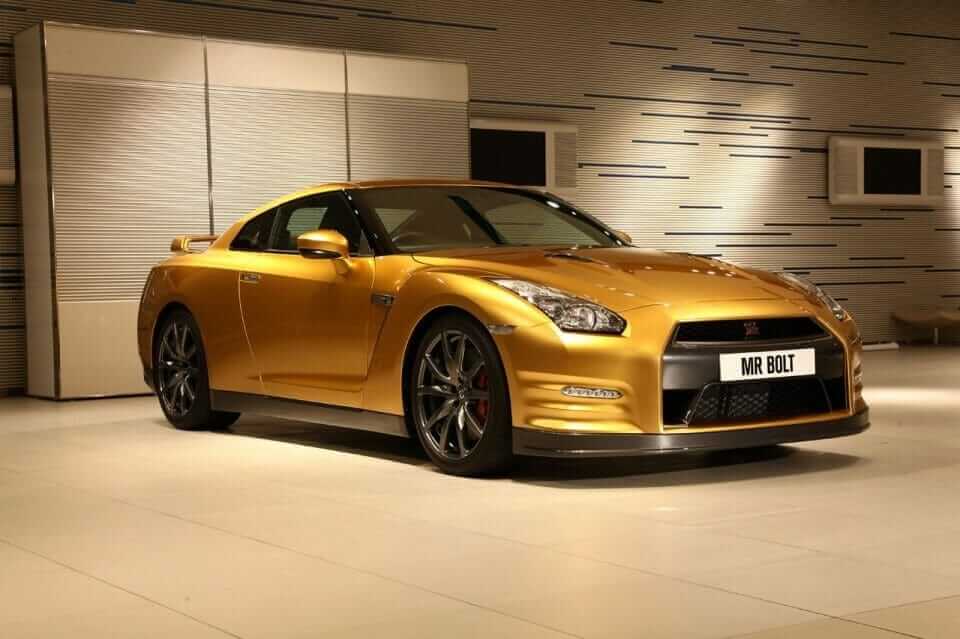 The handover event took place on May 5, 2013, at Bolt’s home training facility in Jamaica that overlooks the mountains of his home country. Jose Román, vice president of Nissan Latin America and the Caribbean, who attended on behalf of Nissan, handed over the keys to the Gold GT-R to Bolt. Bolt then become the owner of one of only two Gold GT-Rs in existence, the other belonging to the charity auction winner who will take delivery of his special car before the summer of 2013. 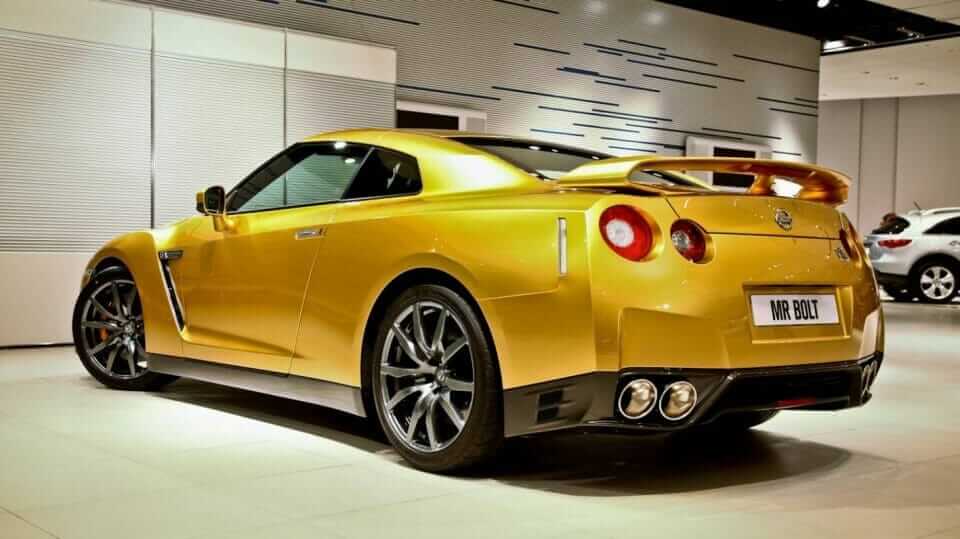