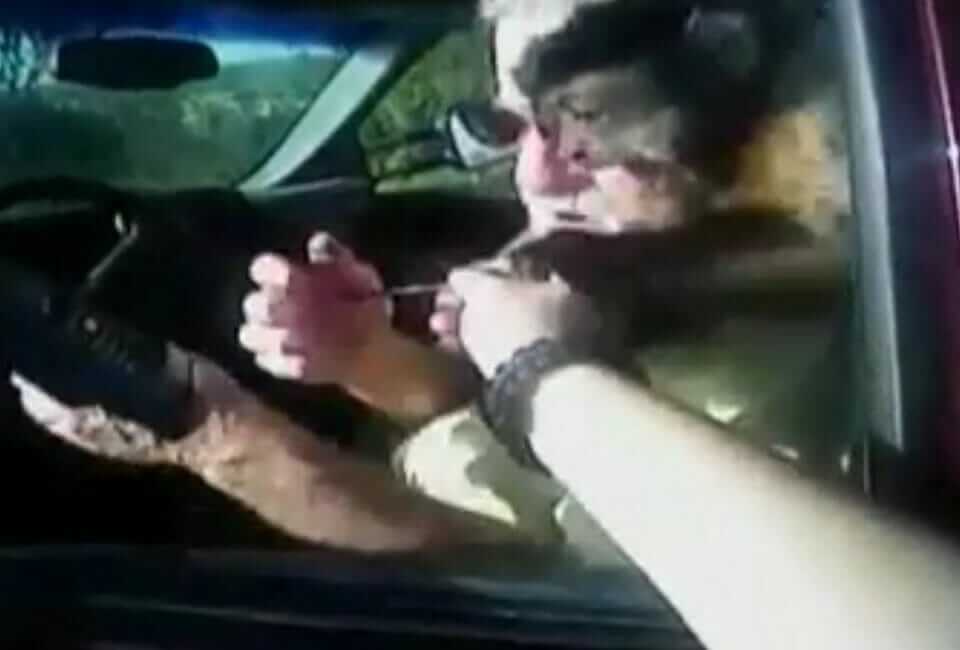 ARANSAS PASS – One rookie Aransas Pass Police Officer now has quite the interesting story to tell after a crazy traffic stop is caught on camera.

Officer Keith Moore said he’s from Houston but moved to Aransas Pass three months ago to join the police force. The 21-year-old’s extensive training has taught him to be vigilant pretty much 24/7.

“We’re taught to be on guard at all times,” he said.

While Moore was writing someone a traffic ticket on Wednesday, however, something happened that the police academy did not prepare him for. Footage from the officer’s sunglasses’ camera shows Moore asking the driver to sign a citation. The video shows the officer reaching into the truck to hand the driver a pen when a monkey hiding in the back seat lunges forward and attacks the officer’s hand. The officer jumped back in shock and went to his patrol car to tell his sergeant what happened.

“My sergeant thought I had initially got stung with a bee but it wasn’t,” Moore said. “I ended up telling him when I was walking back that it was a monkey that came out of nowhere.”

Moore’s his sergeant’s reaction is probably just as priceless as the bizarre attack.

“His monkey attacked me!” you can hear Moore telling the other officer. “What?” he replied. “He’s got a monkey and it attacked my hand. I’m not even kidding,” Moore is heard saying.

The driver of the truck obviously wasn’t pleased he was getting a speeding ticket but his pal in the back went absolutely bananas when he saw the citation. Minutes after the wild encounter, the rookie officer and his sergeant still couldn’t believe what happened.

After a thorough investigation, we found that this is no Curious George. Despite its wild behavior, the animal is actually a professional. He makes appearances at carnivals and festivals posing for pictures with paying customers. Even though this celebrity is friendly most of the time, it left a mark on Officer Moore’s hand and probably in his memory.

“I think this kind of starts the conversations,” Moore said, “keeps the standards pretty high.”

Officer Moore wasn’t monkeying around; he gave the man a citation for speeding and went on with his day. One thing’s for sure: he’ll never forget that traffic stop.