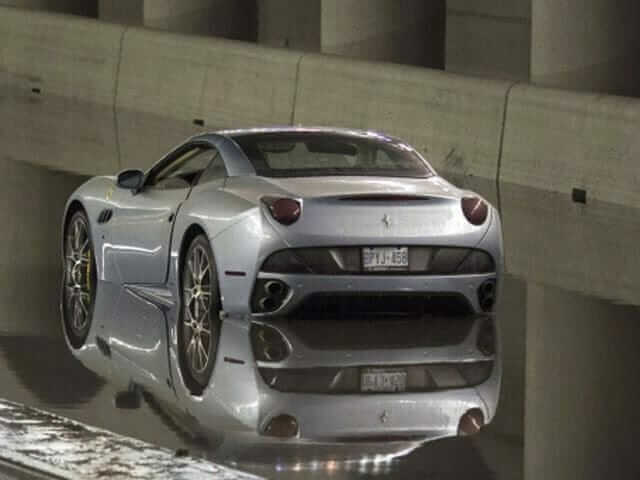 Howard A. Levitt, a lawyer from Toronto had to walk away from his Ferrari California during a heavy down pour in Toronto as the streets where flooding. He was on his way to an important hearing as he made his way into a seemingly harmless body of water, he soon realised that he underestimated it’s depth. As the water reached the windows due to overflowing sewers spewing water back on to the streets, he decided to leave his car and make his way to the hearing. As he left in a cab he watched the water completely submerge his Ferrari.

But all was not lost, the good news was Levitt won his case. “I don’t want to sound cavalier, but at the end of the day you’ve got to see the humor in it and not sweat the small stuff. And it really is all small stuff,” said Levitt. “Nobody’s dying, nobody’s sick. The car gets fixed up and there’s insurance for that. I made it for my case and succeeded on my client’s behalf”