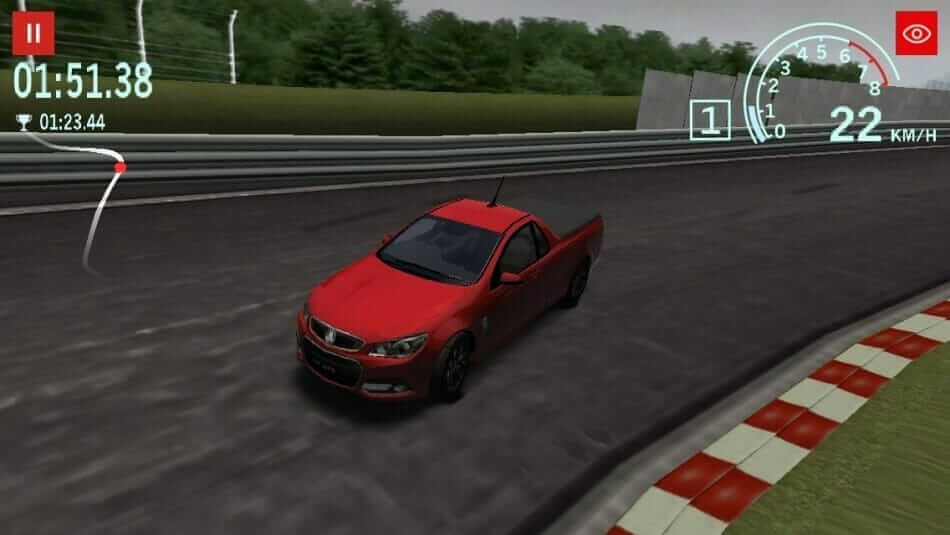 Holden fans can now take on the world’s ultimate race track with Holden’s own app based game, ‘World Record Ute’. Players have the chance to set their own record in the VF SS-V Redline Ute, pitting their skills against Holden’s own world record driver, Rob Trubiani.

Free on iOS and Android, the game features four challenging stages as players race against Rob’s ghost car, which demonstrates the best lines through the course. Bragging rights are up for grabs with the top 200 times for each stage posted on the global leader board.

Fans can also race against their Facebook friends with customised ‘mates’ leader boards and ghost cars based on their posted lap times. Notifications will also let players know when their mates have beaten their time.

“Today’s driver wants to be entertained, not marketed to. We wanted to give fans a small taste of what it is like to get behind the wheel of the Australia’s ultimate sporting machine on a challenging circuit.

“Initially we released the first stage to see if there was an appetite for the game in the market place. We received an overwhelmingly positive response from fans and added three more stages and the leader board functionality. So far we’ve had over 21,000 downloads.

“The graphics feature realistic driving dynamics, handling and the awesome sound of the VF SS-V Redline Ute on full throttle.”