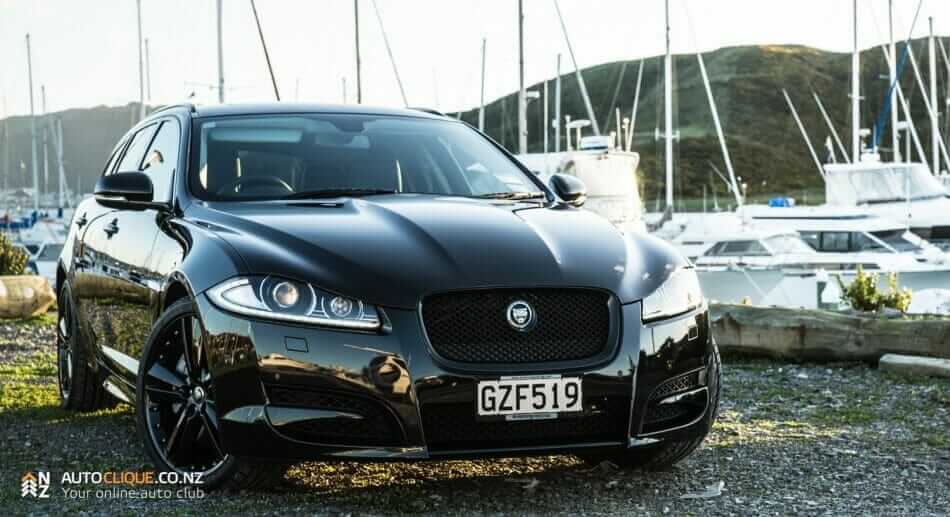 A big thank you to all the team at Armstrong Prestige Wellington located at 66 Cambridge Terrace for allowing us the use of the  brand new Jaguar XF S Sportbrake for this Road Tested Review. Drop in anytime to check out their complete range of new and used Jaguar’s.

Anyone who knows me will tell you that I am not a big fan of black on black combinations, I like rims to pop or contrast the colour of the car, separated by the black rubber of the tyres. But every now and then you come across some vehicles that it just works. Standing beside the brand new XF S Sportbrake optioned with the black pack ($2,150) and privacy glass ($700) I was thinking ……… this looks awesome, very aggressive, powerful stance, sitting on 20” body colour wheels waiting to pounce into action. So I jumped in to see what this new Sportbrake was all about. 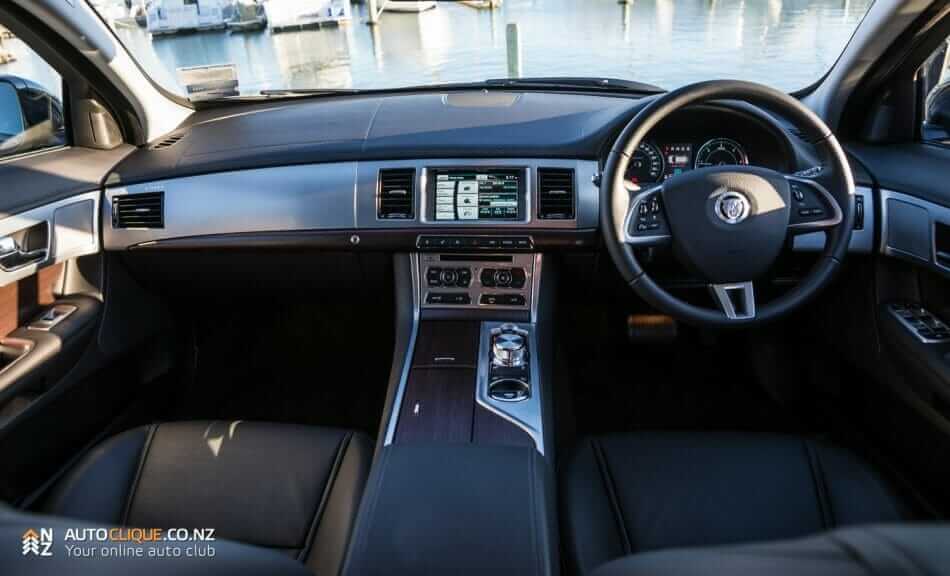 Once inside the Jag you instantly feel like it somewhere you are used too, you sink slightly into the seats like your favourite comfy spot on the couch. The seats were soft and wide, though being an S model it missed an opportunity to have some slight sporty feel and look to them. The center console had a very clean and simple layout, but sometimes found the amount of info the summary screen was trying to displayed too much, which forced you to look over at it several time to confirm what you were after. The boot was a really good size and access was made easy by the rear doors clearance, I never once had to duck under it. This model had also be optioned with the power open/close tailgate ($2,400) making access even easier, when carrying bag or equipment. 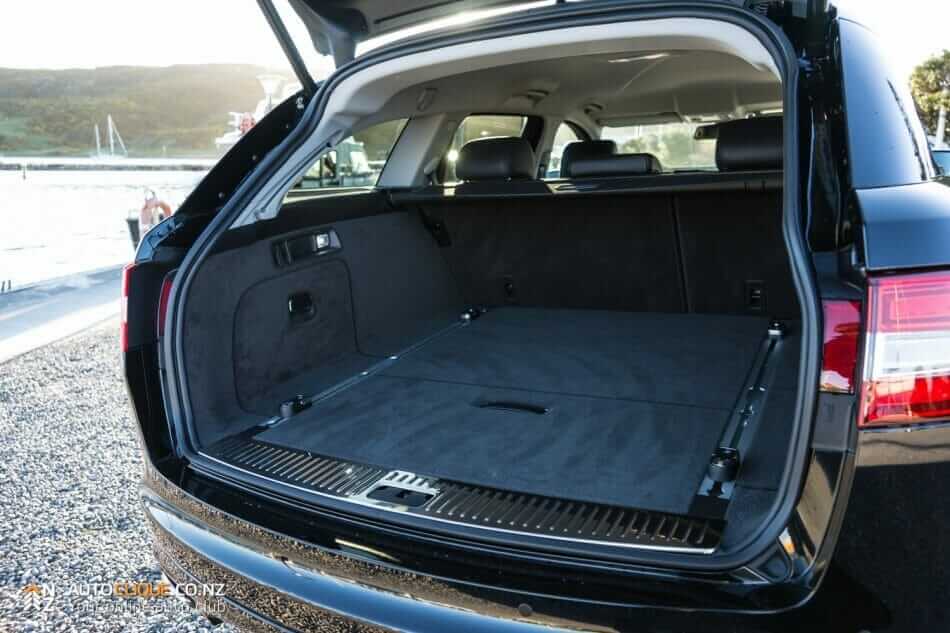 Cruising along the motorway at 100km you notice how loud you are, even on your own. The XF is very quite and very smooth. With the radio off the loudest thing I could hear was the aircon pushing air around the cabin. Sadly I somewhat preferred that to hearing the engine itself, the 3.0 Litre V6 Turbocharged Diesel sounded like a very old school diesel SUV and Jaguar did not make any attempt to enhance the exhaust note. It moved like a rocket mind you, with 202kw and 600Nm of torque off the line, it reminded me of my old V10 Audi RS6. The hockey puck gear selector was something i quite liked, not because it felt better than a standard stick but because they tried something different and it worked. From time to time I was left wondering what to do with my left hand, like when you drive an auto for the first time. The Selections were simple like most autos, Park, Reverse, Neutral, and Drive. There was also an Sport selection, which required you to push down the puck while twisting to engage, again simple and kinda cool. 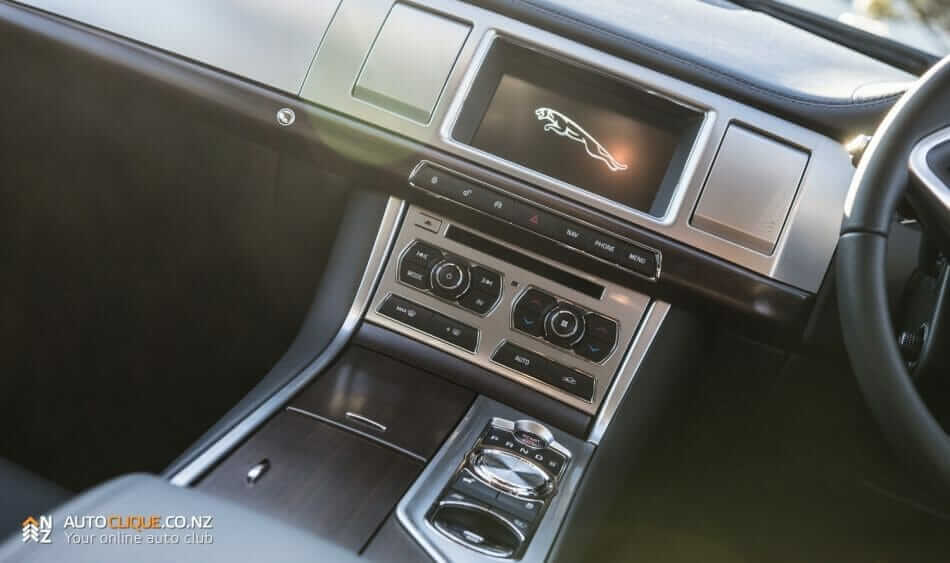 When in sport mode I didn’t really notice a huge change to the performance, it dropped a gear and held the revs higher, but the response time still had that auto lag feel. I thought to myself, surely thats not all this S model has to offer. Thankfully it wasn’t, below the puck was another button with a checkered flag on it. Once you combine this with sport mode you really start to notice a different. Throttle times where instance and no matter what gear you were in there was always more than enough torque to thrust you and the almost 1900 kg forward at a very impressive rate.

The XF’s Servotronic steering system, lacked a lot of feel no matter what mode you were in. It did make it very easy to handle around town and parking, however on the motorway I felt that it lacked any sense of feedback and found myself over correcting as it was hard to know slight angle changes of the wheels during long continuous motorway curves. My only real gripes about the XF S Sportbrake is the fact it has been given an S badge. Its a powerful wagon don’t get me wrong, but not in a typical jaguar performance vehicle kinda of way. It goes fast, handles well, looks the part, except for the rotors and calipers, why manufactures cut such simple corners I will never know, but sounding like a diesel was its low point. I think the two engines, the 2.2L and 3.0L turbo diesels should be options on the standard sportbrake, and have an additional option thats a bit crazy and special for the S model. And if they ever go as far as making an XF RS, the engine should be outright bonkers like the german super wagons.

Compared to the Germans the XF Sportbrake is very good value for money, packed with features and very comfortable. Its not quite ready to go up against their heavy hitting super wagons, lets just hope they make an XF RS version.

I am in two minds on this one, the outside I love, its modern and strong and could easily side by side with any of the German super Wagons. The inside while being very nice, still had some of the older Jag owner feel, very comfy but just kinda plain and it didn’t make you feel like you were in something special as opposed to the feeling when outside. But the biggest letdown was the sound for an S model, if other manufacturers can alter the sound or improve it on their diesels, Jag should be doing the same. 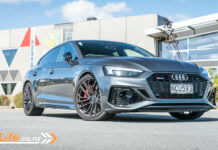 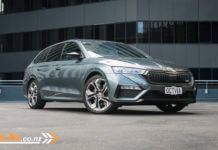