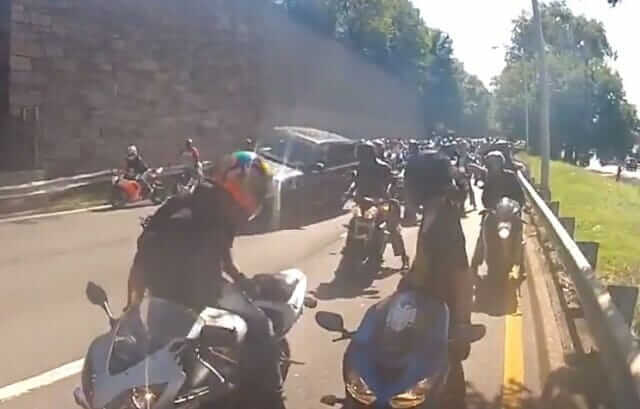 New York City, a group of riders have a confrontation with a black Range Rover on the weekend, something may have happened before the video started filming. But from what we can see neither party looks to be in very good condition by the end of the footage.  Bare in mind the driver of the range rover is a father with his wife and daughter in the back and was dragged out and beaten, what should he have done with a group like that in a chase?