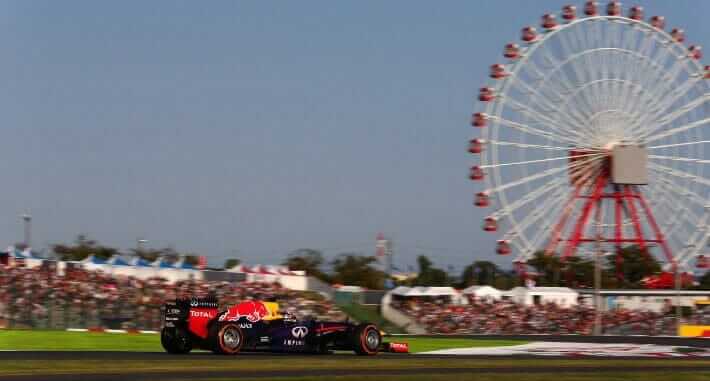 Although the 2013 Championship is more or less a forgone conclusion, the 53-lap Japanese Grand Prix was not to be the scene for yet another title win for Sebastian Vettel.

Both the Red Bull cars started the GP at the front of the grid with Mark Webber on poll and Sebastian Vettel in the number two position. However a bad start by both drivers catapulted Romain Grosjean in his Lotus to the front of the pack into the first corner. 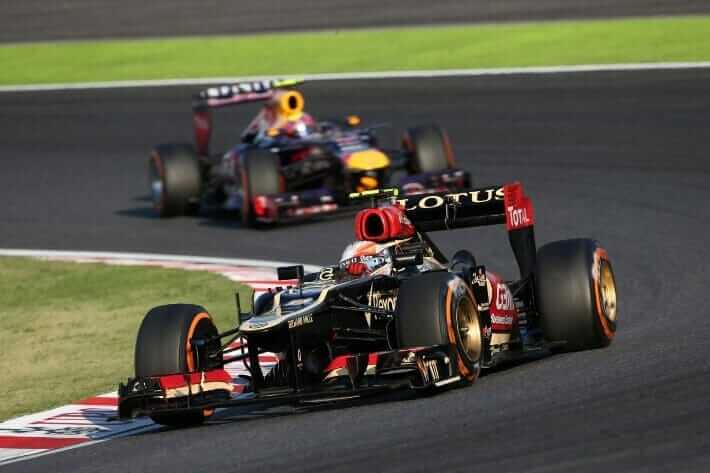 This was not to last though as Red Bull utilised a strategic early first stop for Webber, forcing Lotus to react and also pull the race leader into the pits early. This resulted in Vettel leading which he continued to do for the remainder of the race, thanks to a long second stint allowing him to complete the race on a two stop strategy ahead of second place Webber who was on a three stopper. Grosjean completed a great drive to take home third on the podium. 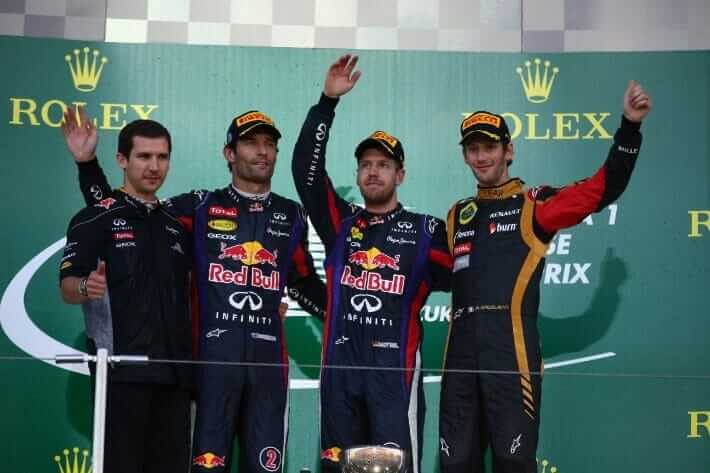 Despite managing to claim his fifth win in a row and his ninth of the year, it was still not enough of a lead to gift Vettel his fourth F1 Championship as he sits on a 90 point lead over Fernando Alonso, who finished fourth just ahead of Kimmi Rikkonen.

Despite this delay Vettel now only needs to finish fifth or higher at the end of the next race in Delhi to finish the job off.