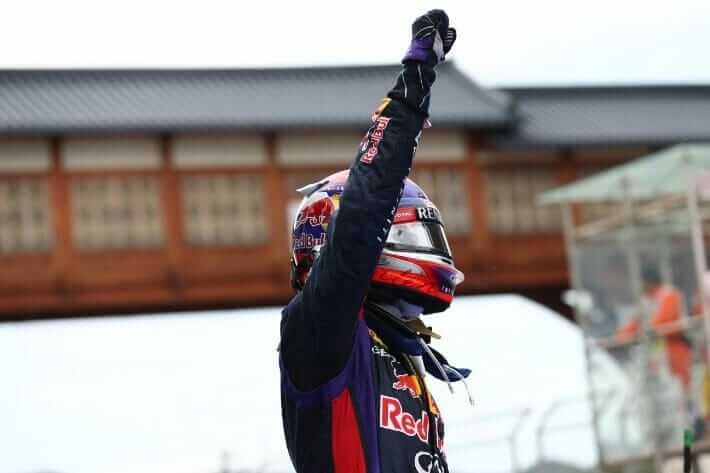 Sebastian Vettel took his eighth win of the year with a controlled drive to the flag at the Korean Grand Prix, his third consecutive victory at the Yeongam circuit.

Starting from pole position, Seb showed his mastery of starting from the front and quickly pulled away from second-on-the-grid Lewis Hamilton of Mercedes leaving him to tussle with Romain Grosjean. 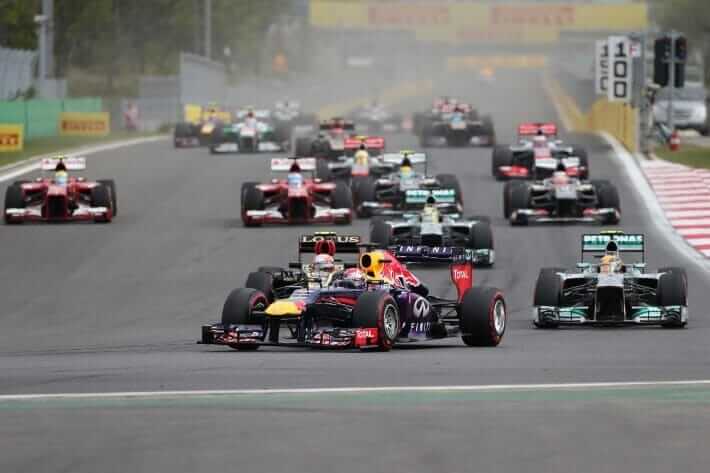 From there it was a relatively straightforward run to the chequered flag, other than the two safety car periods in quick succession in the middle of the race that helped temporarily close up the grid.

When the safety car peeled off track for the second time, Kimi Raikkonen, who from ninth on the grid was able to put a good move on team-mate Romain Grosjean and stole into second place with 18 laps to go.

The real battle however took part between Nico Hulkenberg and Lewis Hamilton for 4th. Hulkenberg used his superior traction and straight-line speed to keep the Mercedes at bay in a dazzling display of what Grand Prix racing is all about. Alonso brought his Ferrari in behind Hamilton taking 6th. 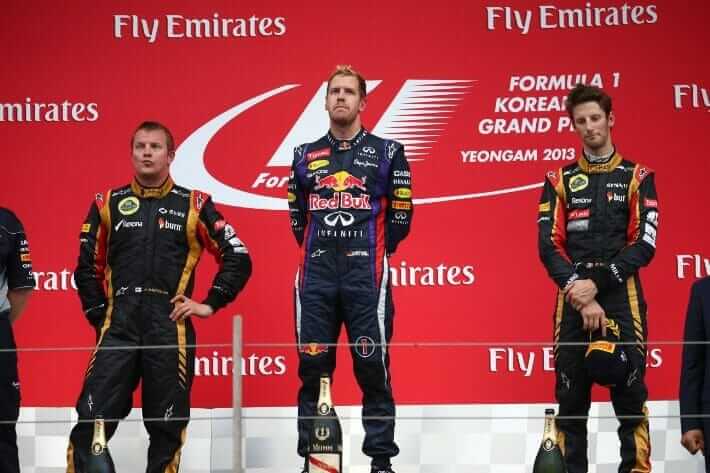 All that had little effect on the man at the front and his seemingly unstoppable dominance of the final stages of this season.

“It was a long race today, but it’s really great to win,” said Seb afterwards. “The start was crucial, it’s always tricky here as you’re nervous about the long straight when you start from pole. Fortunately, we had good traction off the line and I had a strong exit out of the first corner. We kept the lead and tried to control the race from there.”
“It was a very strong performance from the whole team and I’m happy. We’re just focusing on continuing to take one step at a time and trying to get the best out of the car at every single race.”