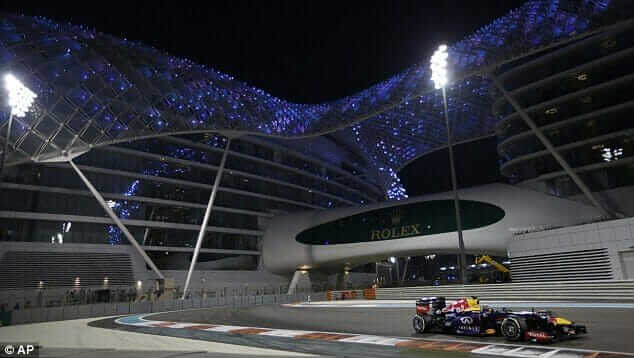 The Abu Dhabi Grand Prix has never been a highlight of the season and this time round, having already been given our 2013 champion only one week ago, no one was expecting there to be anything to see. Sebastian Vettel, however, decided that a 4th world championship was not enough and set out in pursuit of more record breaking goals as well as keeping the team in supply of Donuts.

After last weeks Championship celebratory donuts, that cost Red Bull 25,000 Euro, the team have been receiving deliveries of donuts from other teams. Seb must really like donuts because he’s done it again. 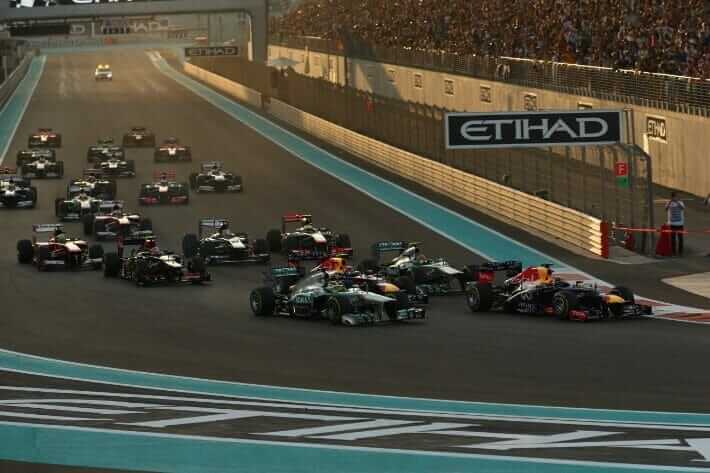 Having not being challenged from the start for the entire race, Vettel took his 7th victory in a row, equaling Michael Schumacher’s record and once again thrilling the crowd with celebratory donuts.

If he wins the final two races of the year, in Austin and Brazil, he will also equal the record of nine wins in as many races set by Alberto Ascari, though that was over two seasons. He would also equal Schumacher’s record of 13 wins in one year. 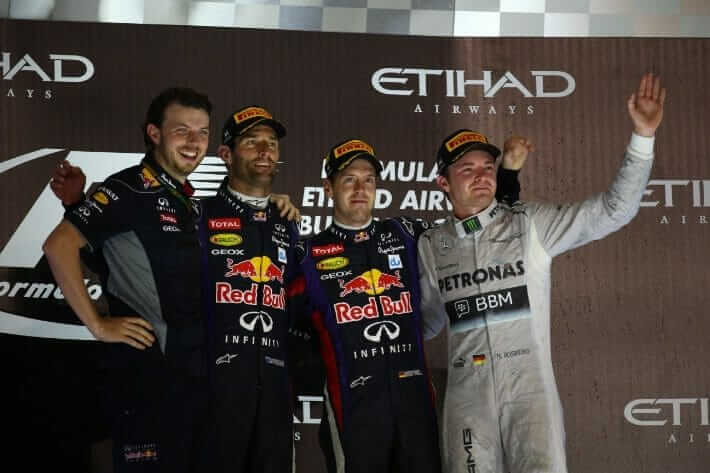 The German finished the race an impressive 30.8 seconds a head of his team mate, Mark Webber, who’s second place finish also brought new records to the Milton Keynes based Red Bull Racing Team in the form of their their 100th podium in their brief history in F1 along with their 15th one-two result. 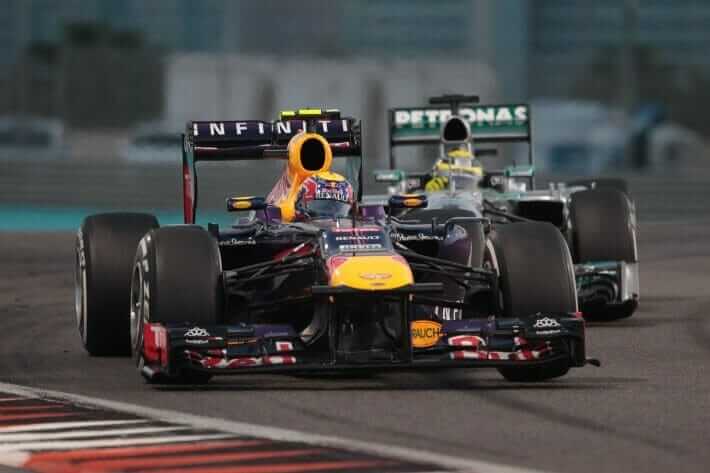 It was an important race for Mercedes. With Nico Rosberg finishing third, and Lewis Hamilton seventh, they extended their second place lead by 11 points over Ferrari in the Constructors Championship. 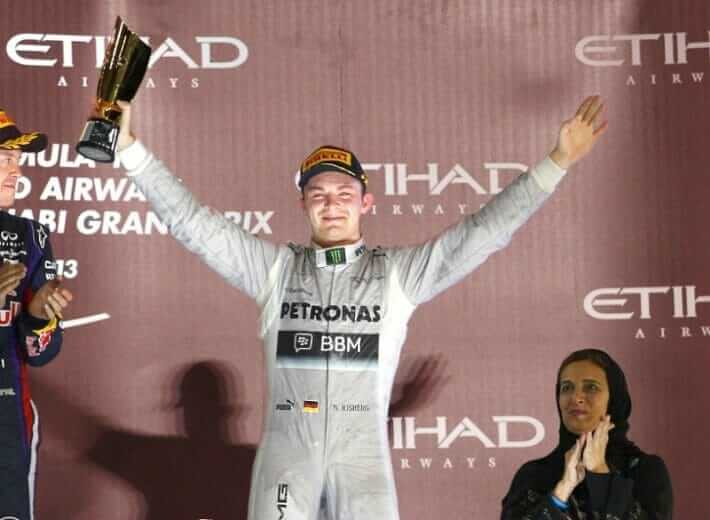 Nico – “I was very happy to hear that we took some more points off them [Ferrari] again and that we’re edging away from them. That’s the most important thing for us at the moment – just to finish second in the Constructors’. It’s not just much more money for next year but also motivation for everybody,” Rosberg commented. “If everybody in the factory can see that we built the second-best car this year, that’s just a massive boost.” 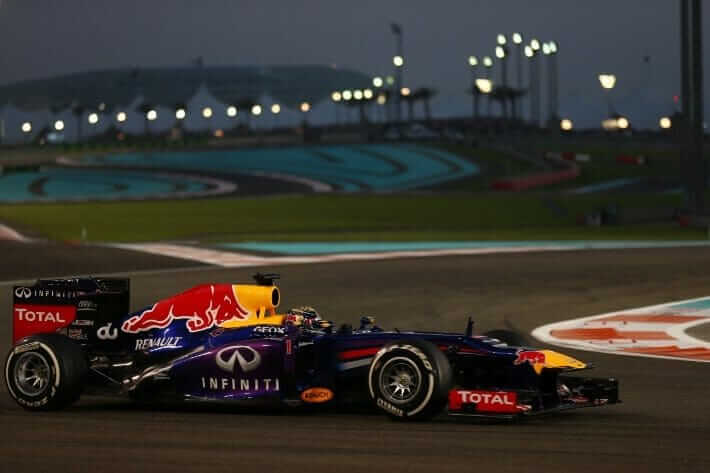 As the fireworks dies out over the Yas Marina circuit, though, it was Vettel’s dominance that had everyone talking. Even team principal Christian Horner seemed in awe once again at his number one drivers ability to perform at another leave to the rest of the grid.

Horner – “It was absolutely mind-blowing in many respects. After the start, Seb got his head down and just disappeared. Not only did he have the pace but he kept asking how the tyres were, and they were fine.

“He was truly dominant. He has hit a patch of form that is incredible. We know Mark Webber is a very fine racing driver. And in a race which didn’t have any safety cars or issues, to achieve what he’s done is quite mind-blowing.I don’t have words to describe how phenomenal he is.”

The next race in the Formula One calendar will be in two weeks at the Circuit of the Americas in Austin Texas.