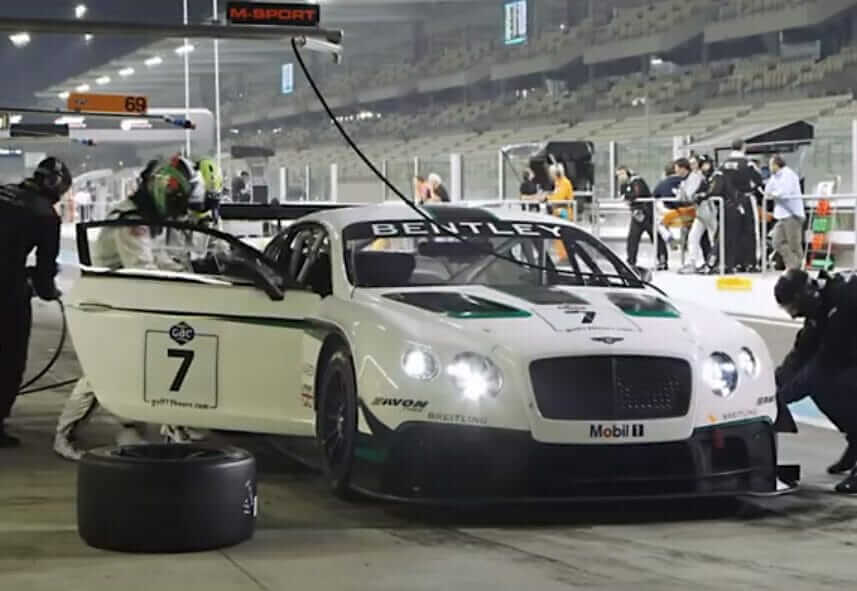 Bentley are coming back to the track with the Continental GT3 racecar whoich made its competition debut at its first test race at the Gulf 12 Hours, held at the famous Yas Marina circuit in Abu Dhabi. Racing as part of a comprehensive development programme ahead of the 2014 Blancpain Endurance Series, the Continental GT3 helped Bentley return to mainstream racing for the first time since the celebrated Speed 8 won the 24 Hours of Le Mans in 2003.