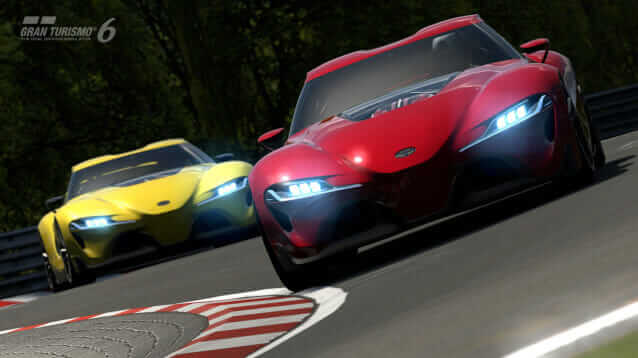 Toyota surprised everyone at the Detroit Motor Show with the unveiling of their new concept, the “Future Toyota” FT-1. 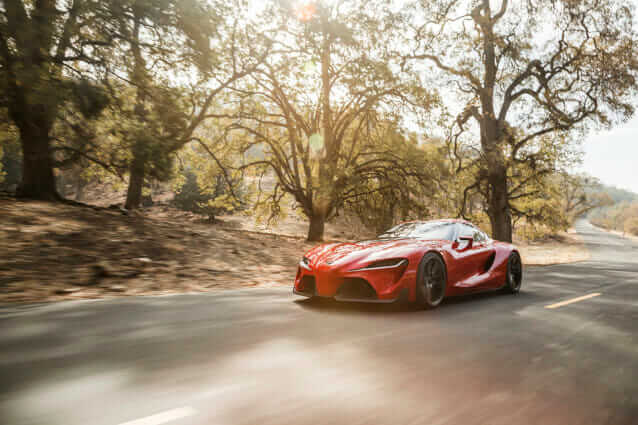 Looking like the love child of an LFA and an F1 car the new concept could be the answer to every Toyota enthusiasts wish for a new Supra. Unfortunately at this stage toyota are being coy when it comes to answering questions about its possible production so it is unclear if we will ever get to see this stunner on the road.

Toyota describe the FT-1 characteristics with;

The front engine rear-wheel drive configuration locates the cockpit far rearward within the wheelbase to improve weight distribution. This design element also helps create the classic sportscar proportions one would expect from a vehicle poised to dominate even the most challenging road course. The cockpit’s wraparound windshield and side glass openings are a distinct nod to the design of the legendary Toyota 2000GT.

Fortunately we don’t have to wait long to get behind the wheel of this homage to Toyota’s past sports cars as it has also been announced that the concept will be included in this weeks update to Gran Turismo 6. This continues the tradition from the partnership with Polyphony Digital and the Japanese car manufacturer that saw players getting hold of the GT86 in the 5th iteration of the game prior to the car making it to full production.

This is the second car to be released in Gran Turismo 6 since the the title hit Playstation in November, the first being the BMW M4 included in the December update to the game.