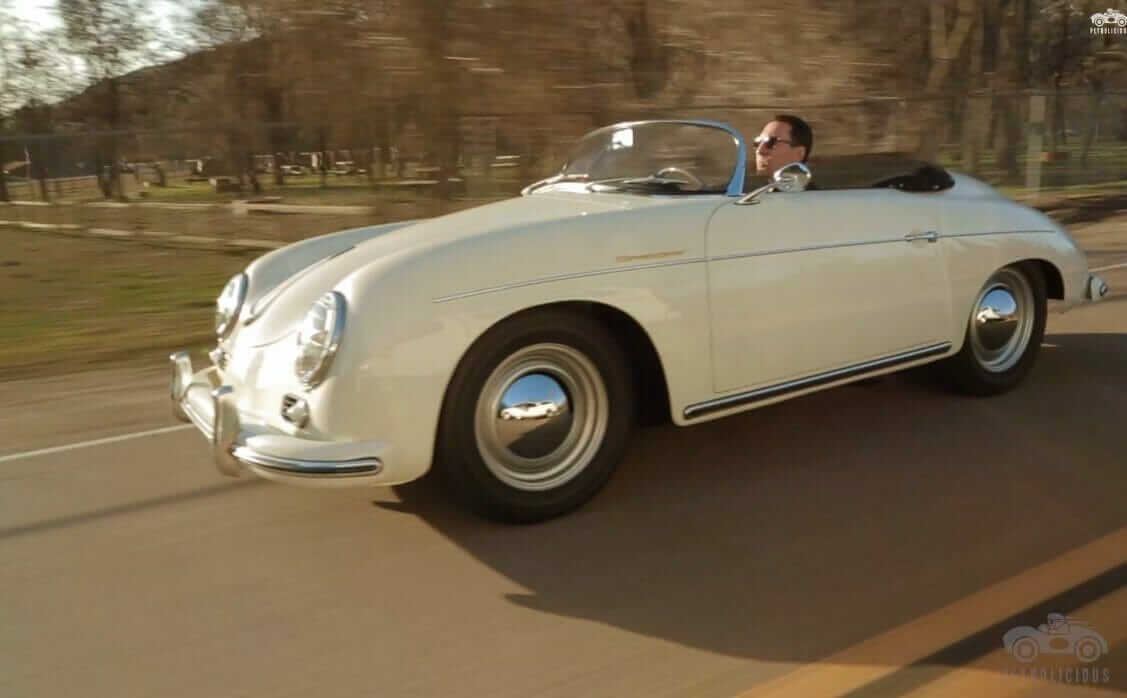 The Porsche 356A Speedster is not a car for everyone, but it is a car that everyone enjoys. Its classic and tasteful all while being quite cute, this car would not only bring a smile to the drivers face, but to the people who see it drive past too.

There is the sensation that something distinct and superior is taking place because of the rituals observed and details you notice. On this 1956 Porsche 356A T1 Speedster for example the windscreen is removable, the seats have a thin fiberglass shell and the steering wheel is elegant and spartan. There is little concession to comfort and virtually none to safety.

When new, this was the least expensive Porsche available and had a ‘less is more’ philosophy behind it. Indeed, the car was intended to be taken to the track and be a legitimate club-racing contender. It seems that that’s precisely how this 356 spent a large portion of its early life. Raced around Connecticut, the car racked up trophies and actually won the E-Production Championship in 1963. The majority of this car’s first 50,000 miles were racked up on the track.

It wasn’t designed to coddle. Although it only makes about 60hp, it causes an adrenaline rush as you’re close to the road, the instruments, and there isn’t a lot surrounding you. There’s immediacy about the car. And according to the owner, Mr. Jon Warshawsky, “It feels like a racing machine.” When driving on B-roads, “you feel like you should be on the track.” There is an intimate mechanical interaction because the power-band is narrow; both you and the car have to agree that the next shift is appropriate otherwise there might be bogging or might over-rev the engine. The feeling that something great is happening is due to this constant dialogue between you and the car.