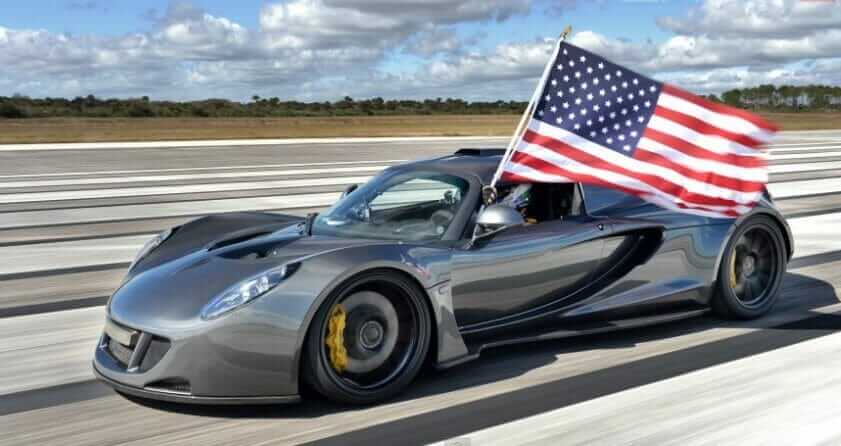 On February 14, 2014, the Hennessey Venom GT has taken the crown held by Bugatti for so many years as they set a new world speed record for 2-seat sports cars reaching a top speed of 270.49 mph (435.31 km/h). Performed at the Kennedy Space Center on the 3.2-mile Space Shuttle landing runway, Brian Smith, Director of Miller Motorsport Park, drove the Venom GT to its record speed. Bugatti, the gauntlet has been thrown down, what will they now do to get their beloved title back from America.