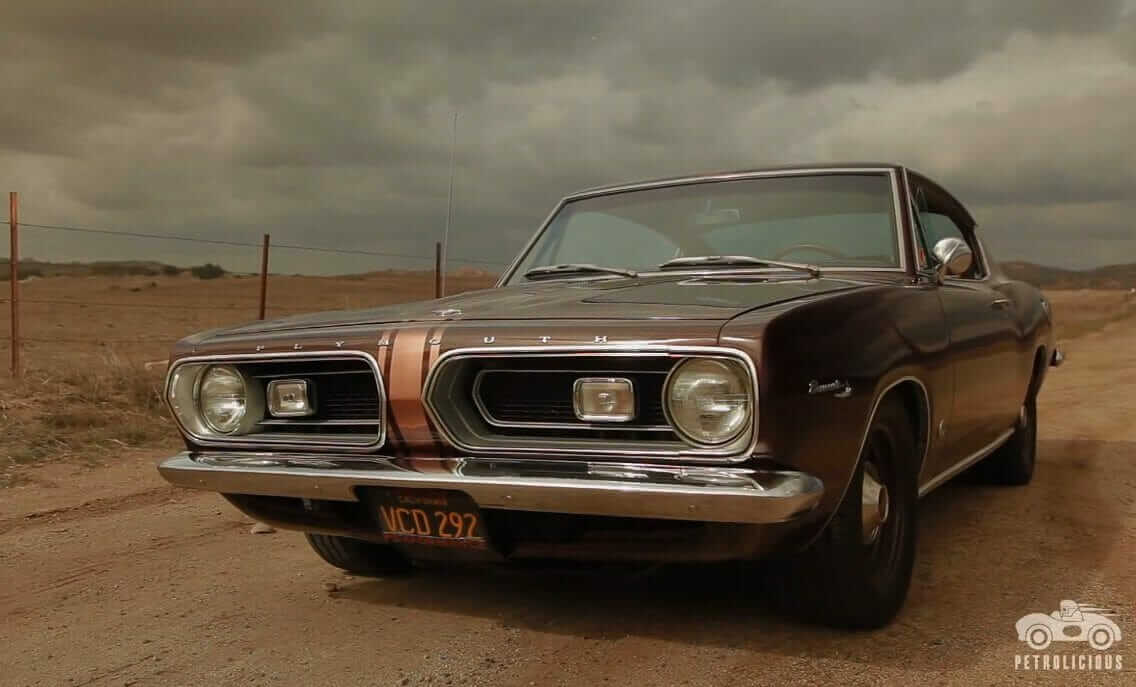 Another awesome video from the guys at Petrolicious

Mr. Bob Gough’s family moved to France for a few years when he was thirteen years-old and thus he grew up idolizing European sports cars and looking down on American muscle. That was until he discovered the 1967 Plymouth Barracuda Formula S. The ‘Cuda Formula S was upgraded in-house by Plymouth with suspension and brakes that allow it to keep up with European sports cars in the twisties (that is, all but the tightest twisties). He purchased this car over twenty-three years ago and has gradually upgraded it. Bob replaced the transmission with a Tremec 5-speed and now runs a 340 cubic inch V8, rather than the original 273 ci engine. He’s also replaced the original 14″ wheels with custom 15″ steelies.

And the only suspension mod that Bob has made is replacing the original shocks with nitrogen shocks that vastly improve the handling. The Plymouth handles so well in fact, that he frequently surprises sports car owners on drives. And once the curves straighten out, its ample torque allows it to “leave Porsches behind.” You do need to exercise caution entering corners though, because the Forumla S is prone to rear wheel lock-up—so early braking is a must! Even though Bob pushes the ‘Cuda, it’s actually docile to drive, “but who drives a car like that?”