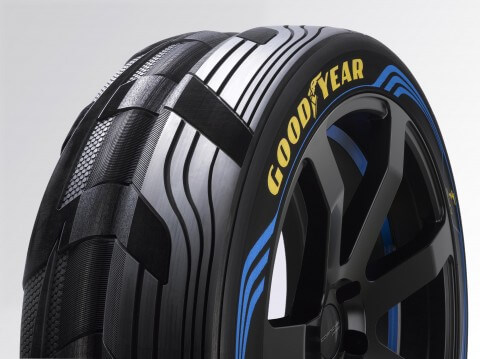 Better fuel economy, improved water/mud channelling,  and weight reduction. All the things that a person who buys a 2T plus vehicle wants…right? Semi sarcastic and semi serious, traction in mud and water have always been the goal for large SUVs, many of which have some sort of 4WD capabilities.  But fuel economy not so much.

These new concept tyres from Goodyear are pretty out there in terms of tread pattern and general construction shape. They haven’t done anything new, JJD Twin Tyres were produced back in the 80s but went out of popularity not too long after. Goodyear have made some changes with the design, twin air chambered connected internally via a series of valves. Less rubber and rolling resistance on the road.

Where ever it is they want to take this idea, I reckon it’d be great to see some variation in tyre choice at the local shop, but I’d expect not to see it on anything other than strictly city soccer mum SUVs. 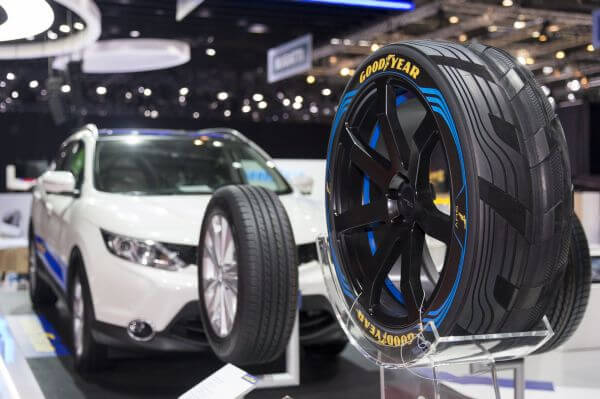