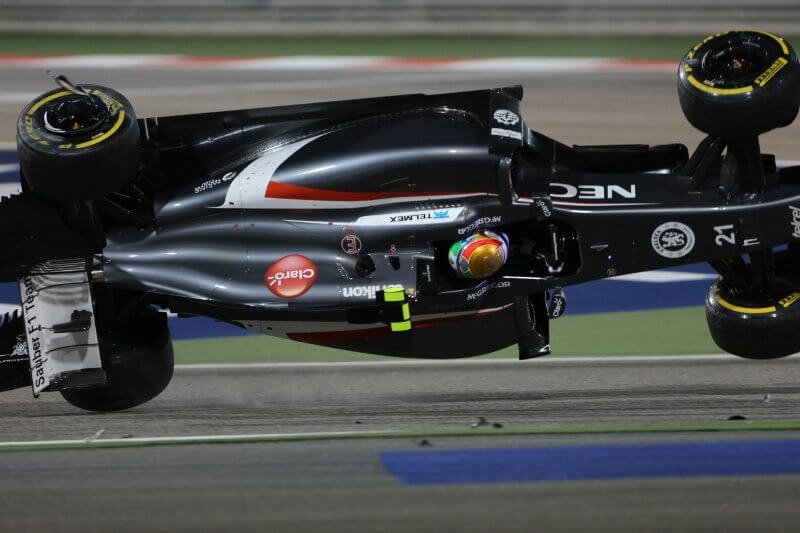 From the moment the lights went out it ceased to matter how the cars sounded, who you wanted to win, or whether you thought this year was boring this far. F1 was turned up to eleven and, other than a brief Safety Car period following Maldonado’s spear tackle into the side of Gutierrez’ Sauber which sent him end over end, it is near impossible to name a lap that wasn’t full of action. Fortunately neither driver in the aforementioned incident was injured. 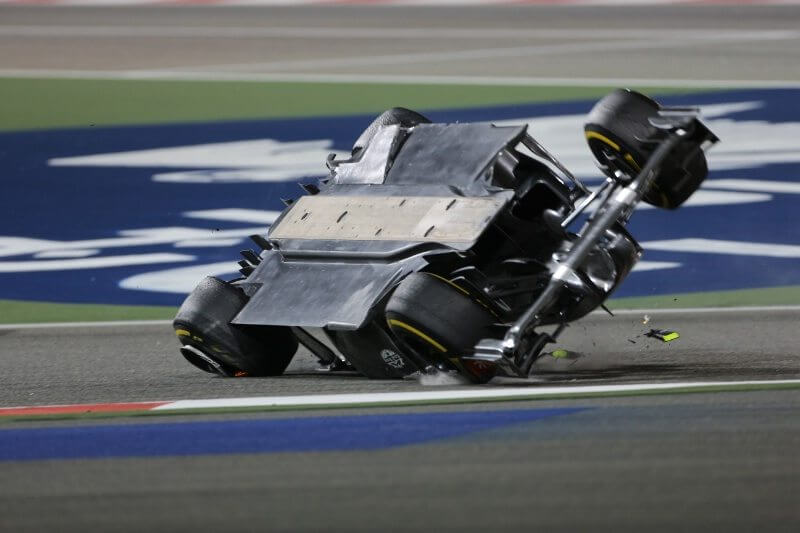 From the start it was Mercedes race. We had already seen how much faster they were in a straight line and if there is one thing Bahrain does not lack it is just that. The question was more, which Mercedes would come home first? A question that we were left asking until the last corner as the two Mercedes drivers, Lewis Hamilton and Nico Rosberg, were left to race. Hamilton, on the harder compound tyres, struggled to keep Rosberg, on the softer rubber, at bay in the closing laps after the Safety Car providing viewers with spectacular racing. Good news too, that we can expect to see more of the same in coming races as Mercedes motorsport boss Toto Wolff confirmed

“[We will continue like this] until we lose some front wings and then we will sit down again and discuss if this was the [right] strategy…. No, they are racing drivers, so it is all academic…”

“We would never have split them, we want them to race,” he insisted, “We knew that the second car could only win if we offset it on the strategy, but both cars were on a strategy to win the race.

“Obviously, it is great watching two drivers of that level racing each other fair and square, not risking the other car, and still delivering a mega show,” Wolff concluded, “It doesn’t get any better as advertising for F1 in a moment where a lot of people were talking F1 down.” 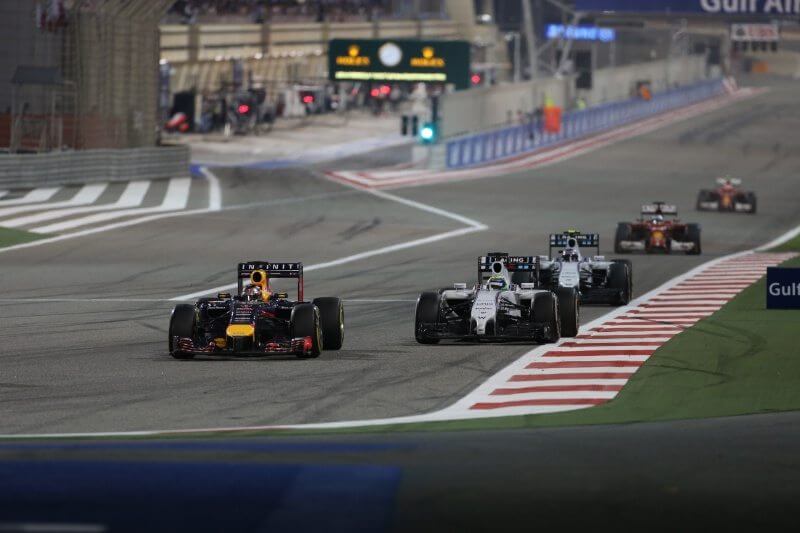 Behind the race leader the battle for Bahrain was even more fierce with Daniel Ricciardo moving up from 13th on the grid to 4th behind Perez in the Force India who also had a spectacular drive.

The big losers on the day however were McLaren who saw both cars retire before the end of the race, marking the first Mclaren retirement since 2012. Ferrari also suffered in the points as they were simply out powered in the straights despite both drivers battling as hard as they could in the corners. The next race is in two weeks time in China.

Images and results via: Crash.net