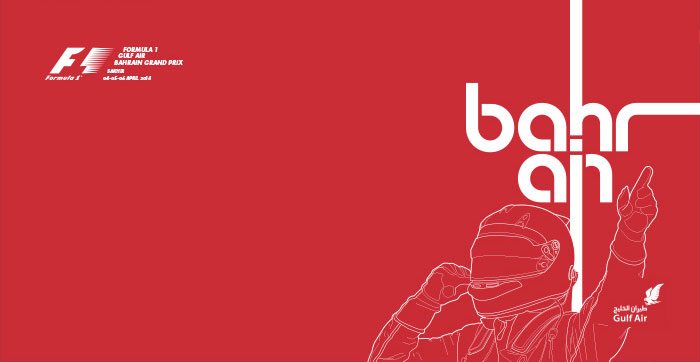 Just one week after the dominant showing by Mercedes in Malaysia we look to The Gulf Air Bahrain Grand Prix, possibly the most favourable to the German team. With it’s long straights and fast corners it will be hard to beat the team with the fastest straight line speed. However as Formula One has shown in the past there is never a guarantee of a win until the checkered flag drops. Expect Red Bull and other Renault powered cars to struggle against Mercedes powered cars, while Ferrari powered teams are yet to shine, they remain an unknown this early in the championship. The 2004 Grand Prix of Bahrain marked the first ever round of the FIA Formula One World Championship to be held in the Middle East and the official culmination of a multi-million dollar project started back in September 2002 when the Kingdom of Bahrain signed a long-term deal to host the event.

Located at Sakhir, 30 km south-west of the island’s capital, Manama, the Hermann Tilke designed circuit contains no less than five track layouts within one complex. Construction began in November 2002 and in the months prior to its March 2004 completion, work was going on around the clock. Over 12,000 tonnes of stone were used in the build, a third of it Welsh granite, chosen for the track surface due to its excellent adhesive qualities.