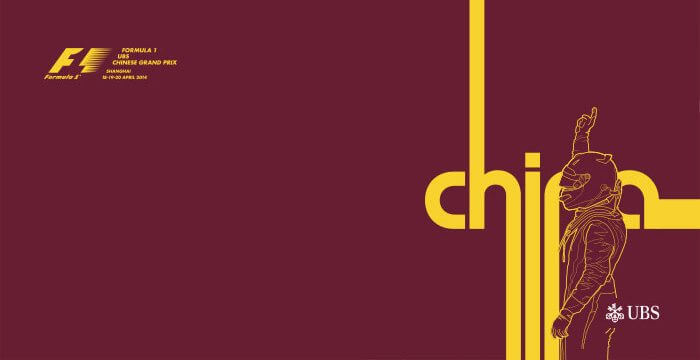 Another one for Mercedes? Or will McLaren, Williams or even Force India find pace in this last Asian Grand Prix before the F1 Circus heads home to Europe?

With it’s long straights and sweeping curves it would be a safe assumption that we will see Mercedes on the podium once more in this, so far one sided yet very much spectacular F1 season. Though with some tight complicated bends that should allow for good attacking and overtaking, and if the last race is anything to go by, we can expect another fight right to the end. Though conditions are more often Smoggy than damp there has already been suggestions that we may see a solid wet period in tomorrow’s race which could well see the fields performance evened out.

This weekend is an important weekend for Ferrari and Mclaren who both need to finish high in the points to hang on to a solid championship contention coming into the european races. Meanwhile Williams come to China with much to prove after missed opportunity in Bahrain when the team failed to make the most of the Safety Car period towards the closing laps of the race. Nico Rosberg in the number # Mercedes will also likely turn up all guns blazing as he tries to take victory from his team mate Lewis Hamilton after his frustration in not managing to get by his clearly slower teammate in the last lap of Bahrain. The Shanghai Circuit first made its debut in 2004 marking this appearance its 10th anniversary. Built for the new Millennium in F1 it boasts impressive architecture and facilities for both the teams and the 29,000 fans that the circuit can seat.

The 5.4 kilometre racing track is shaped like the Chinese character ‘shang’, which stands for ‘high’ or ‘above’. Other symbols represented in the architecture originate from Chinese history, such as the team buildings arranged like pavilions in a lake to resemble the ancient Yuyan-Garden in Shanghai. The intention by Circuit architects Hermann Tilke and Peter Wahl that “nature and technology are carefully used to create harmony between the elements.”