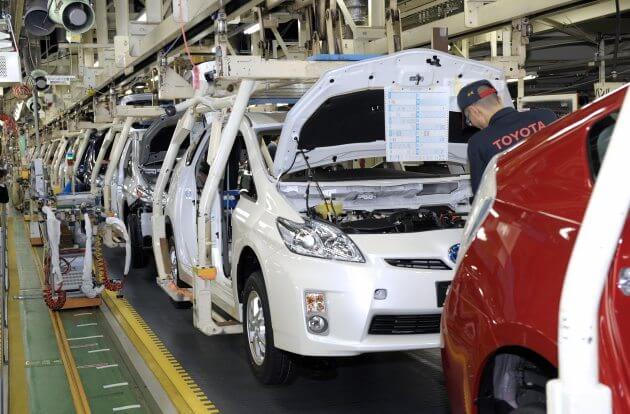 Toyota advises that a number of its New Zealand vehicles are affected by a series of precautionary global recalls.

Toyota New Zealand General Manager Customer Services Spencer Morris stressed that the recalls are precautionary. There have been no reported instances of accidents or incidents related to any of these recalls in New Zealand or globally due to the recall-related condition.

Three recalls announced globally today by Toyota Motor Corporation affect vehicles sold as new in New Zealand and one affects Toyota vehicles imported by third parties. The announcement includes one further recall but this is extremely unlikely to affect New Zealand vehicles as it applies to 2013 Toyota Ractis vehicles sold in Hong Kong.  TNZ staff are working through model numbers to ensure this is the case.

In every case of a vehicle being affected, Toyota New Zealand will contact the owner and make arrangements for a remedy. This includes remedy of imported vehicles. In each case, the repair is provided free of charge.

In New Zealand, models sold as new and affected by a spiral cable recall are
certain RAV4, Prado and Hilux produced between June 2004 and December 2010. This affects 200,000 vehicles in Oceania, and Toyota New Zealand staff are working to identify every New Zealand vehicle affected. The spiral cable is installed in the steering column to connect steering wheel mounted electrical systems.

Vehicles sold New Zealand new and affected by a seat rail recall are 7506 Yaris produced between January 2005 and August 2010. There is potential for the springs used in the seat locking mechanism to break if the seat is adjusted very frequently. This also affects 6153 imported Vitz, Ist, Belta and Ractis vehicles.

993 imported Toyota Ractis vehicles are affected by a recall relating to possible clogging of drain outlets in the cowl top reinforcement directly under the wiper motor mounting area.

382 Ractis vehicles manufactured in 2013 and sold new in Hong Kong are subject to an engine starter recall. It is extremely unlikely any of these vehicles have been imported to New Zealand but Toyota New Zealand is checking.

Toyota New Zealand General Manager Customer Services Spencer Morris says it is important to note that all of the recall activity is precautionary, and are intended to avoid the possibility of safety issues arising.

“While we do apologise for any concern and inconvenience caused to our customers, Toyota is ensuring any possible quality issues are addressed before problems arise. Taking appropriate action early, and putting customers and people first, is our commitment to quality and safety.

“Owners of vehicles affected will receive a notification letter and are advised to contact their Toyota dealer.” says Mr Morris. “The remedial action may take between one hour – in the case of the spiral cable and three hours – in the case of Yaris affected by the steering bracket recall. In every case the remedy is free of charge to customers.”

Toyota New Zealand’s safety policy is to support all Toyota vehicles regardless of importing channel, Mr Morris says, so used imports brought to our attention would also receive any remedies required.