DriveLife
Home Uncategorized Tatra T87 – Things of the Past – Petrolicious 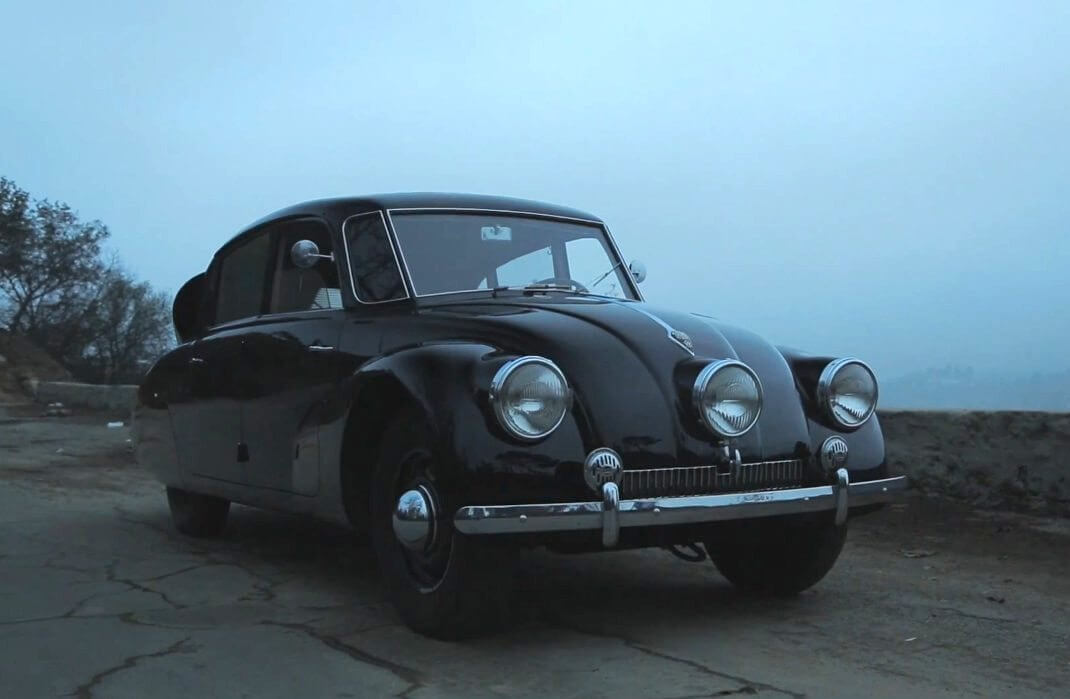 The latest episode from Petrolicious

Rolling through the streets of Los Angeles in his 1941 Tatra T87, Mr. Paul Greenstein might as well be invisible. Other drivers speed past his Czech oddity without a second glance, seemingly oblivious to the car’s dorsal fin and triple headlights. But as Paul swings the Tatra into a parking space in front of a favorite local bistro, it’s as if he has brought the black teardrop to a stop in the middle of a Hollywood spotlight that immediately attracts the attention of every passerby. Here come the second glances, the puzzled questions.

“What in the world is that?”

That question–“What the hell is that?”–is one that visitors to Paul’s world frequently find themselves asking. His East Los Angeles shop is a celebration of all things old, vintage, and, by Paul’s own admission, weird: a Skoda Felicia convertible awaiting restoration, a half dozen Seeburg and Wurlitzer jukeboxes, and even, amidst a congregation of Indian and BMW motorcycles, a vintage coin-operated peep show. Somewhere in here, Paul finds enough space to make neon signs for a living.

A short drive away is Paul’s house, a hilltop Victorian that Paul still locks up with the original skeleton key and that, not surprisingly, struggles to contain more of Paul’s curios. This is where he keeps the antique board games, the assorted Tatra memorabilia, even a pre-World War I Czech military uniform. With the jukeboxes rocking the shop, Paul relies on an Edison cylinder phonograph for music at home. Or, if he’s feeling lively, he can always pull from his own experience as the onetime leader of a local Western Swing band and belt out a Spade Cooley tune on his own.

Paul is proof that what starts as a passion for vintage cars seldom stops at vintage cars. Automobiles, after all, are a collection of many disciplines and endeavors (metallurgy, communications, upholstery, mechanics, design and more) and the desire to enjoy, drive, fix, and learn about them tends to lead a person down a rabbit hole of fascination with bygone eras. Before knowing it, 78rpm records, 1920s furniture, and, classic cars have replaced their modern-day equivalents.

Oh, and there is stream of people scratching their head, asking, “What the hell is that?”