DriveLife
Home Electric / EV Bright News For Down Under 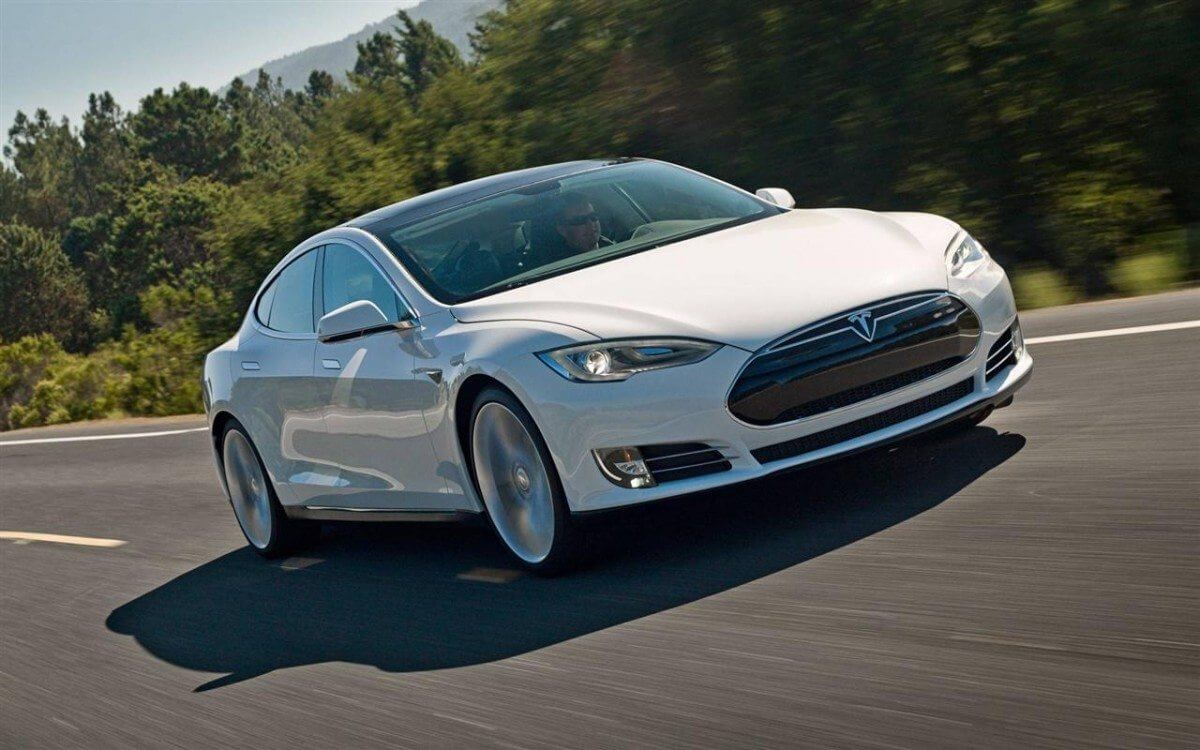 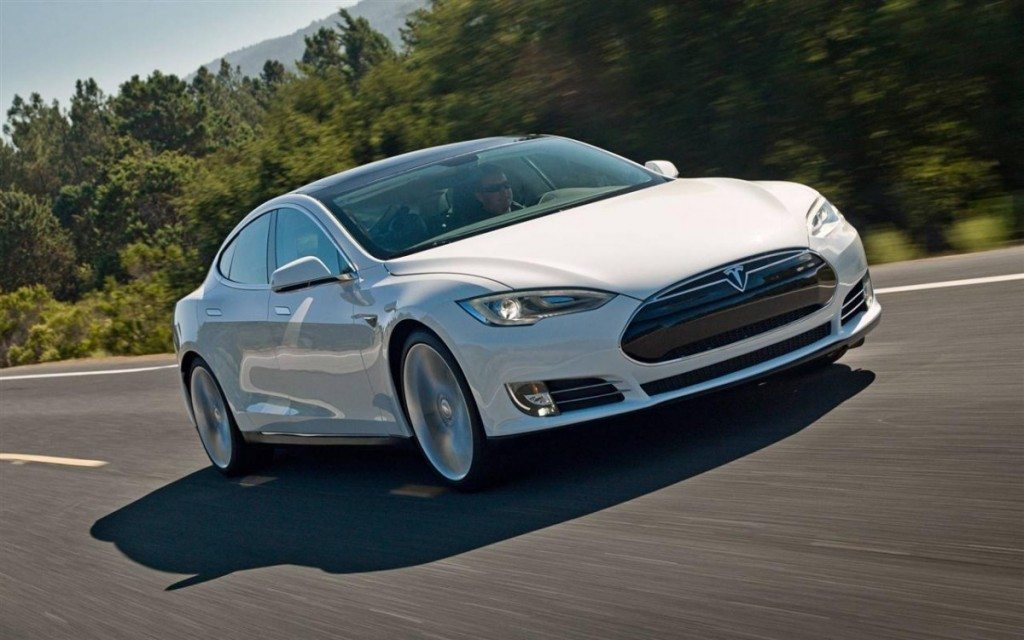 Hot off the announcement of the BMW i3’s NZ Pricing, Tesla has announced its official Australian pricing for the Model S and like the i3, eco

The beautiful Tesla Model S will go on sale in Australia later this year and will start from A$91,400. This will hopefully mean that NZ will see the Model S not too long afterwards. This is good news as people need to be exposed to these types of cars, even if they don’t buy them in large volumes.

The Model S range in Australia will consist of the Model S 60 which comes with a 60 kWh lithium-ion battery which powers a y a rear-mounted three-phase AC induction electric motor. The S 60 is good for 306 bhp and 430NM of torque, 0-100 kph in 6.2 seconds and has a top speed of 190 kph. The batteries have an estimated range of 390km.

Those wanting a bit more oomph may want to go for the mid-level S 85 which comes fully packed with an 85 kWh battery. This ups the power to 370bhp, torque to 440NM and top speed to 200 kph. The estimated range of the batteries also see an increase to 502km. The price also goes up to A$103,400. The only thing that decreases is the 0-100 kph time which now only takes 5.6 seconds. 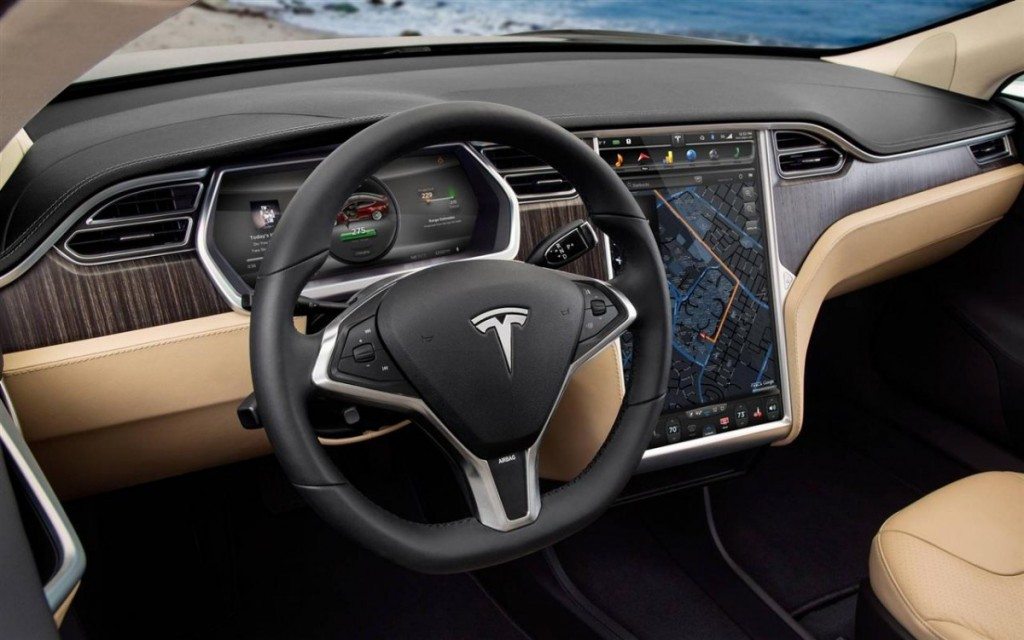 All Model S get 19-inch wheels, xenon headlights, LED daytime running lights, keyless start and entry, dual zone climate control and 12-way-adjustable heated leather seats up front. In terms of tech, as if it needed any more, there’s a MASSIVE central touchscreen which measures at 17 inches. That’s like having a MacBook slap bang in the middle of the dash. Good thing this screen does everything from audio to sat nav and climate control. The usual audio sources are there; USB, Bluetooth and hard drive storage.

What amazes me is that important things such as parking sensors, sat nav and an electric tailgate are optional extras while a carbon spoiler and red brake callipers are no-cost options! That’s just shocking.

The Model S is a liftback style car, like an Audi A7 or BMW 5-GT and is more or less the same size as those cars. What makes the Model S a bit more unique is that in the massive boot are two rear-facing seats. Though who’d fit in them are yet to be known. Hobbits I’m guessing. Another unique feature of the Model S is something Tesla calls the ‘frunk’. Not a slang word but rather a ‘front trunk’, or boot for English speakers. The 150L capacity ‘frunk’ under the bonnet compliments the 745L capacity boot in the back.

Tesla Australia are offering the Model S with a 4-year/80,000 warranty while the batteries are covered for up to 200,000km. This all sounds very tempting, especially as it’s all so new and looks so nice. But will it be worth the premium over a diesel or hybrid mainstream exec saloon? We’d have to try one out. Now, bring them over to NZ and let’s see what they’re like to drive! 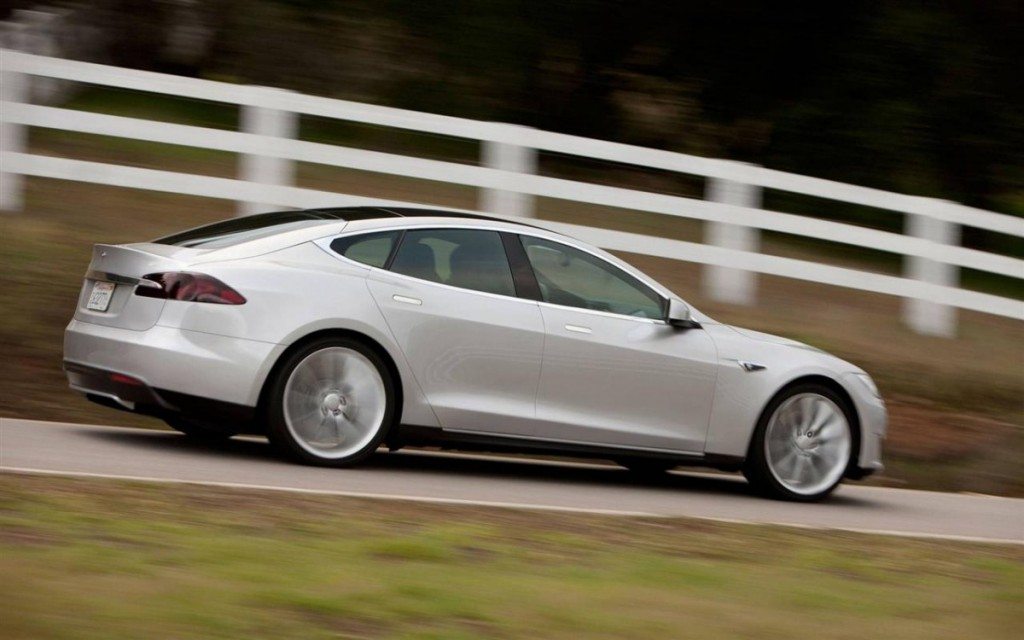