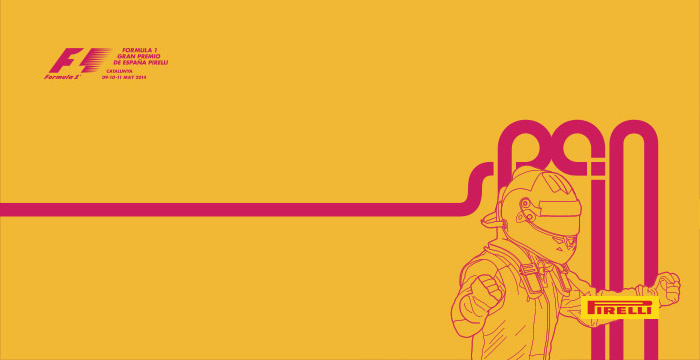 The race of teammates continued throughout the grid in Spain over the weekend as the results from the weekend read like a list of number one and two drivers.
Rosberg again had a poor start against his team mate Lewis Hamilton and struggled through alternative strategies to make up lost ground and hunt down the other Silver Arrow. Though he came close and brought what otherwise was a repeat of the last four races to an exciting conclusion of “will he or won’t he”, his continued lack of comparable pace in qualifying and poorer starts is starting to ware on the Mercedes driver. “The start, unfortunately, was poor,” said Rosberg,  “It’s a bit of a weakness that we have at the moment,”
“It’s just a bit inconsistent and now I’ve had a couple of bad starts in a row: three actually. That’s costly and we need to work on that.
“The race was really lost in qualifying and at the start. Those were the two opportunities I had. On the last lap I could have gone for a kamikaze move but it wouldn’t have worked. One more lap and I could have given it a go.
“Other than that, there’s not much to change – I felt comfortable and the race pace was good.” Meanwhile Hamilton claims that, despite taking home foist in all but one race this season, he is still struggling with the set up of his Mercedes.
“It was tough to keep him behind, I struggled a lot with the balance and really had to rely on my engineers a lot more to give me the gaps and to try to work out where I could fine time.
“Nico was generally quicker this weekend but fortunately I was able to keep him behind.”

The question remains, however whether Hamilton is truly having set up woes or simply playing mind games with his teammate as there seems little Rosberg can do to take the checkered flag from Hamilton. Red Bull’s Daniel Ricciardo, finally took a podium he could keep in third after a near flawless performance over the weekend. While team mate Sebastian Vettel shows that he still has his World Champion credentials with my drive of the weekend, taking his Red Bull home in fourth from starting in 15th on the grid.
Ferrari too had a battle between teammates on their hands as Alonso piped Raikkonen to the flag, just behind the Williams of Valtteri Bottas in 5th, to come 6th and 7th respectively. Mercedes dominance, in what ever driver order, has now given them command the Constructors Championship by more than double their nearest rival with 197 points to Red Bull’s 84 and Ferrari’s 66.