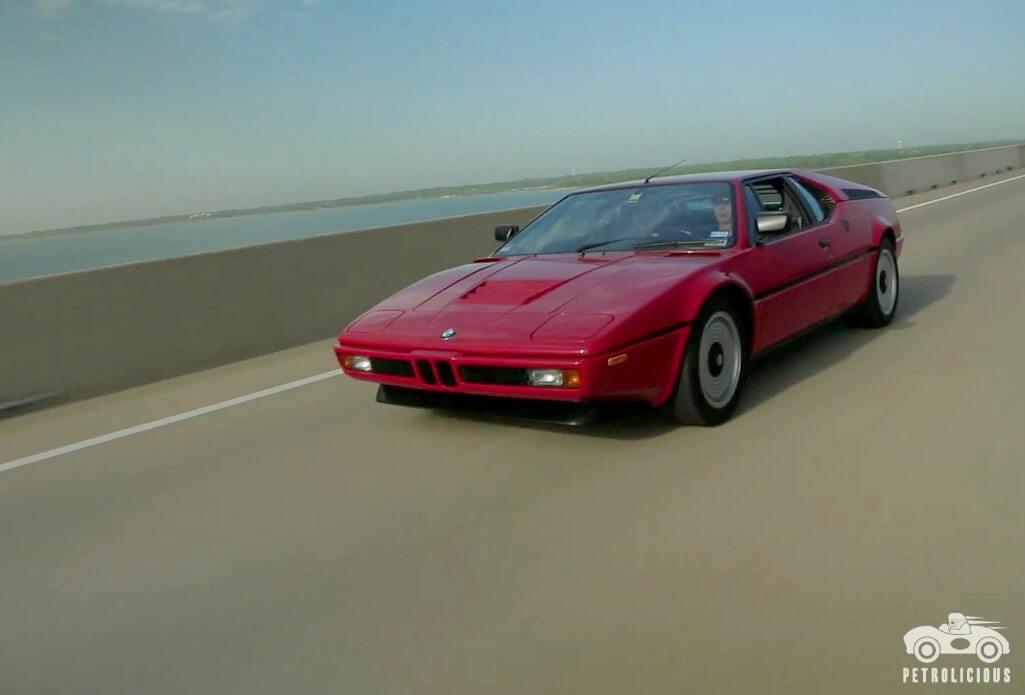 Petrolicious take a look back at why the BMW m1 came to be, and possibly why they should be making more supercars.

“Fine, we’ll do it ourselves.”

If this isn’t stamped somewhere on the BMW M1, it surely should be. The car was originally conceived as a joint Lamborghini-BMW project that would produce a race car with enough street units to meet homologation rules for Group 4 racing. Trouble was, Lamborghini found itself in financial straits and the fellows up in Munich were thus left to finish the M1 on their own. What resulted was a Giugiaro-designed, mid-engined marvel that ended up being the fastest production car of its time.

Alas, by the time the M1 was ready to run, Group 4 rules had changed and BMW found itself with a car but without a race. And so, in 1979, the head of BMW Motorsport, Jochen Neerspach, conjured up a single-make championship that would use nothing but M1s. The BMW M1 ProCar Championship, which folded in 1980, may have been short-lived, but its flared-fendered M1s–driven by Formula One legends like Emerson Fittipaldi, Niki Lauda, Mario Andretti, Hans-Joachim Stuck, and Nelson Piquet–have become racing icons.

“Lamborghini won’t work with us? Fine, we’ll make the car ourselves.”

“Not eligible for your racing series? Fine, we’ll establish our own.”

The result of this doggedness: a car that now holds pride of place in the pantheon of BMW collectors.

No wonder, then, that the street version of the M1, with its M88/1 engine capable of a 160 MPH top speed, captured the imagination of a young Mr. Mike Ura

As a college student on a tight budget, Mike was tired of dumping time and money into repairs for his 1965 Ford Mustang. One day, then, he traipsed down to the local used car lot to have a look at a Datsun B210 he’d seen for sale. The Datsun was a fine little car, but on the same lot sat a red BMW 2002. Out of curiosity more than anything else, Mike took it for a test drive. That was all it took for him to catch the BMW bug. Once bitten, a hankering for the M1 was not far away.

Finally, in 2009, after years of searching, he found his car: a red 1980 M1 owned by a collector in England. When Mike picked it up at the Port of Houston, this M1 had a mere 12,500 miles on it. Today, it has around 22,000 miles on the odometer, with Mike regularly ticking that number upward on the roads around Dallas and at tracks like the Circuit of the Americas in Austin.

“I baby it, in that I take care of it,” says Mike, “but I drive it as an M1 should be driven: spirited on the roads, and on the track I drive it hard.”

And in keeping with the “do-it-yourself” ethos surrounding the M1, Mike now runs the BMW M1 Register, dedicated to tracking these cars and assisting in their preservation. Something tells us that Neerspach and his cohorts over at Bayerische Motoren Werke would approve of Mike’s attitude toward ownership.