Aston Martin is set to start a new chapter in its history in 2016 with the launch of a new DB9. This will be a crucial car for the company as it’ll be first of a new breed of Aston Martins which will feature a new design language which will differentiate the models in the range and come with Mercedes-AMG engines and technology.

The DB9-replacement is expected to debut in 2016 and go on sale in 2017 followed by replacements for the Vantage and Vanquish models. It is still unsure whether the Rapide will be replaced.

However, all new Astons will be built on a new VH platform which was developed with the assistance of Lotus. The new platform was designed to accommodate Mercedes engines and tech as well as being more versatile in the way it can be applied as the base for future models. Aston say it can accommodate a variety of body styles from coupes, convertibles, saloons, and liftbacks.

Aluminium will be extensively used in the new platform to keep weight, cost, and flex to a minimum. Front and rear crash structures, floor plans, and centre tunnel will be shared between cars. The windscreen mounting point can be easily adjusted. The platform will be come in two wheelbases and track widths while a new rear bulkhead design can be switched depending on the body style.

Aston’s current contract with Ford for producing it’s current V8 and V12 engines will end in 2016, which is around the time the new AMG engines designed and made exclusively for Aston Martin will come in. It’s rumoured that these engines will be based on AMG engines but tuned to suit Aston’s requirements. It is though these will include AMG’s new 4.0-litre twin-turn V8 and a naturally aspirated version of its 6.0-litre bi-turbo V12. 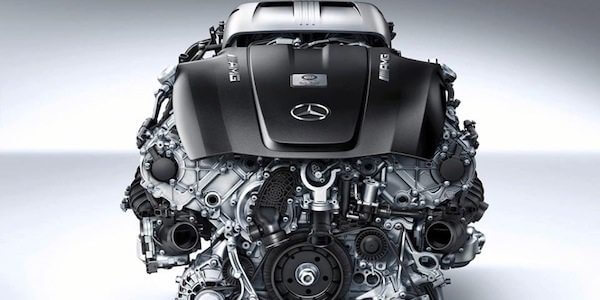 As well as AMG engines, Aston’s new VH platform was also designed to accommodate Mercedes technology such as multimedia systems and driver aids. It makes sense for a small company such as Aston to borrow tried and tested technology from bigger companies, especially one that invests in R&D as much as Mercedes does. This will give Aston engineers a massive jump start on brining their products up to date with rivals.

Who knows, we might even see a hybrid or electric Aston in the not too distant future as Mercedes has interest in that department. Aston are confident these new models will turn a profit for them and if all goes well, they’ll push forward their plans for a Lagonda model range which would include an SUV. What I do know is that I am very excited to see this new, reinvented Aston with Mercedes tech. But more important I can’t wait to see what they’ll look like!