BMW  has announced that it is going to restore Elvis Presley’s very own 1957 BMW 507. There were only 254 507’s ever made, making them a fairly rare car as it is but then to have been owned by Elvis buts it in a different league. 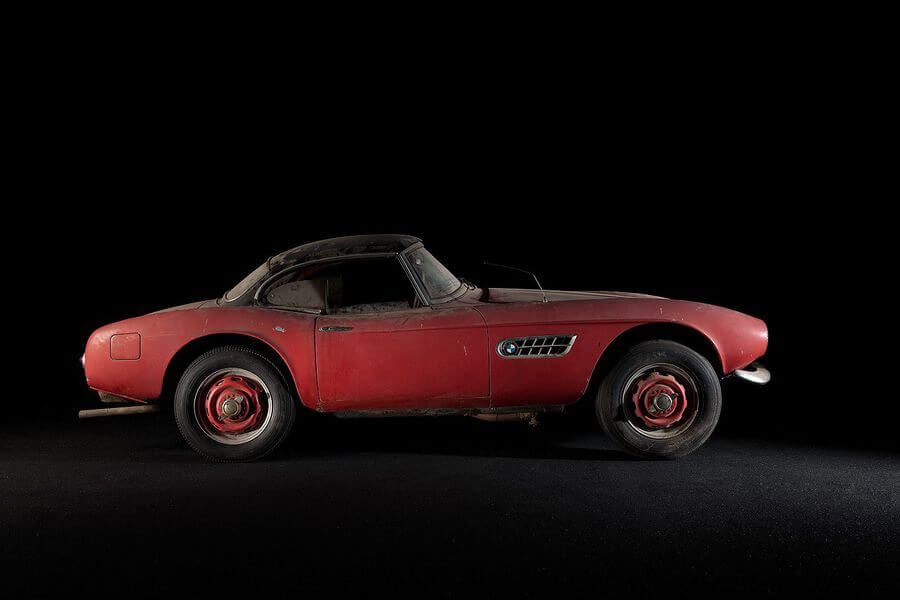 Elvis’ 507 was actually a used racing car, having been driven competitively (and successfully) by Hans Stuck for some hillclimbs and “mountain races.” The King had a new engine put in, and used the car while he was a GI stationed in Germany. Elvis originally got a white 507 on lease because he was confused by the German contact and thought he was buying it. He changed it out for a red one because adoring fans would write their phone numbers on it in lipstick. Because it was leased the car was eventually returned to bmw and between then and now not a lot is known about its life except BMW has it now and the BWM group Classic will be restoring it. They have their work cut out for them I think.