There is a saying that a Hungarian is the only man who can follow you into a revolving door and come out ahead. Such is the skill needed to pass on what is often described as a large go-kart circuit. Thats right, we have arrived at the Hungaroring in Budapest Hungary. As we have heard constantly from F1 punters this season this is a known as a Lewis Hamilton track, though true to form it is yet to deliver its promises to the British driver as qualifying could be said to not have gone his way. 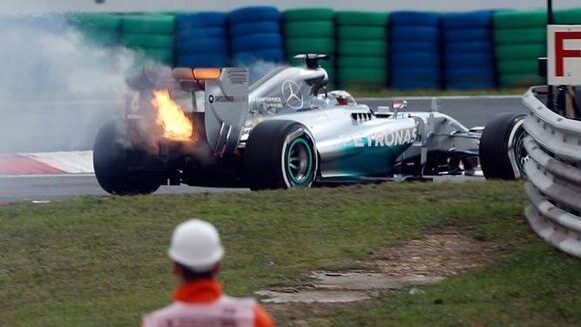 Hamilton was only on his first qualifying lap when his Mercedes caught fire ending his session and those to follow, placing him at the back of the grid for the start of this final race before the August break.

“I can’t believe it has happened again,” said Hamilton. “This is not a track you can overtake on so coming from last to the podium is unlikely.” 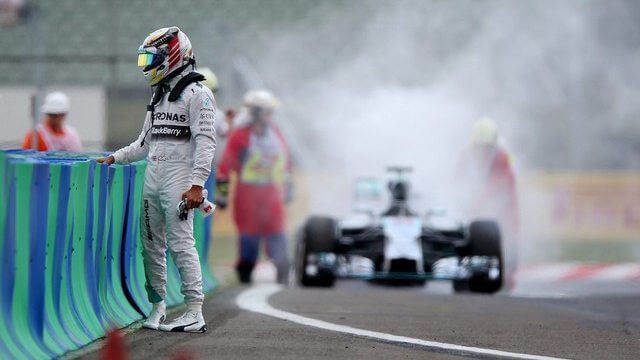 The 29-year-old had been in stunning from in Friday and Saturday’s practice sessions, winning all three, and looked likely to beat Michael Schumacher’s circuit record of four race victories but his latest slice of misfortune has made that aim an improbable one.

Meanwhile Team mate Nico Rosberg finds himself in Familiar company at the front of the grid in the form of Red Bull’s Sebastian Vettel and Williams Valtteri Bottas take up second and third on the grid respectively. Hungary first hosted a grand prix in the 1930s, but following the Second World War and the building of the Iron Curtain it was not until the 1960s that motorsport began to find a place in the country.

At first a street race through Budapest was suggested, but in the end the decision was taken to build a brand new circuit in a valley 19 kilometres outside Budapest. The valley provided natural vantage points for spectators and in 1985 work began on the Hungaroring. The track opened in 1986 and it held its first Formula One event in August that year. It was a huge success and almost 200,000 fans showed up.

Although tight and twisty, the circuit has been known to throw up some great races, the most memorable being Thierry Boutsen’s win in 1990, beating Ayrton Senna by 0.3 seconds, and of course the 1997 race where Damon Hill in the Arrows sensationally passed Michael Schumacher’s Ferrari only to be denied the win by mechanical failure on the very last lap.