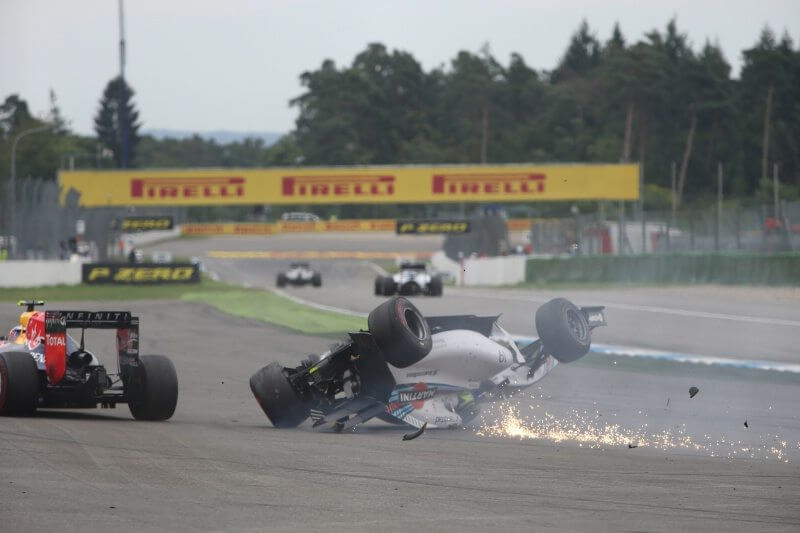 I am hoping that the new tradition of an incident in the first bend and a Safety Car from the word go doesn’t catch on but at least Hockenheim only left us waiting a minute or two before we were back in the thick of the action.

Nico Rosberg made a superb start to the German Grand Prix ahead of both Williams into the first corner. Kevin Magnussen too made a great start in his McLaren which unfortunately ended in tears as he contacted with Felipe Massa’s William’s, flipping the car on its top and damaging his own front wing. 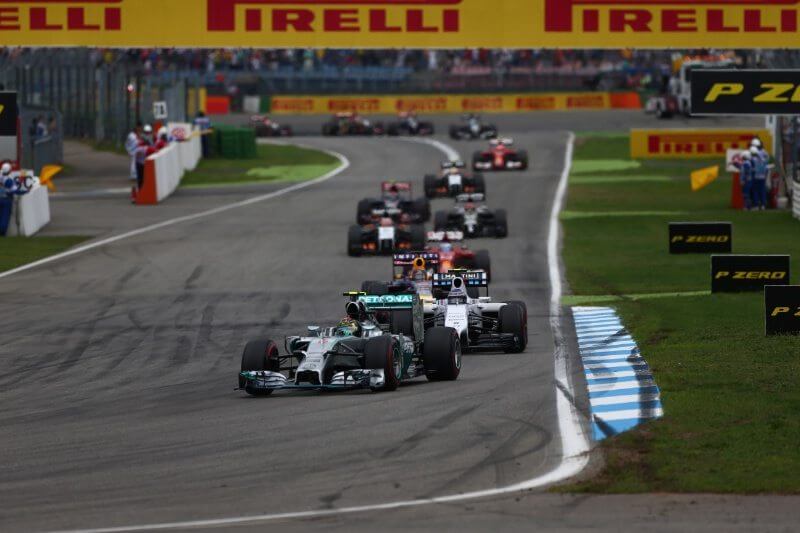 With sparks flying and debris sent flying, the incident looked much more spectacular than it was as Massa was in no danger. His race however was once again ended prematurely by another driver.
Lewis Hamilton, who started down in 20th due to a crash in qualifying, was able to capitalise on the chaos and take a big leap in clawing his way to the top of the heap.

Daniil Kvyat provided the next “Oh Sh…” moment later in the race as his Toro Rosso burst into flames due to an overheating battery cell. While Hamilton almost ended his climb with a collision with former team mate Jenson Button, damaging his Mercedes and possibly slowing him down just enough that he struggled to catch Valtteri Bottas in the closing stages of the race, only managing a third place finish behind the Finn. 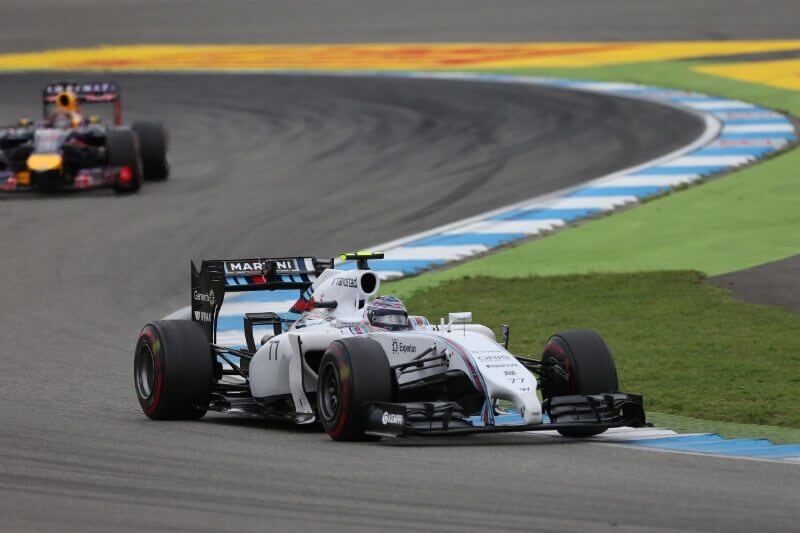 Fernando Alonso once again took the Ferrari fight to Red Bull. This time however there was less banter over the team radios as he fought with Daniel Ricciardo to eventually manage a 5th place behind Red Bull’s Sebastian Vettel.

Rosenberg’s lead now extends to 14 points from Hamilton as they leave most drivers fighting it out for the best of the rest almost 100 points behind. We now only have one more race before the August break and its right around the corner, almost literally, as we look to Hungaroring this coming weekend. Lewis Hamilton has won here 4 times to Nico Rosberg’s 0. But Will Rosberg carry the momentum of his German win on to extend the lead in the championship further? Let us know what you think in the comments below and on our Forums.