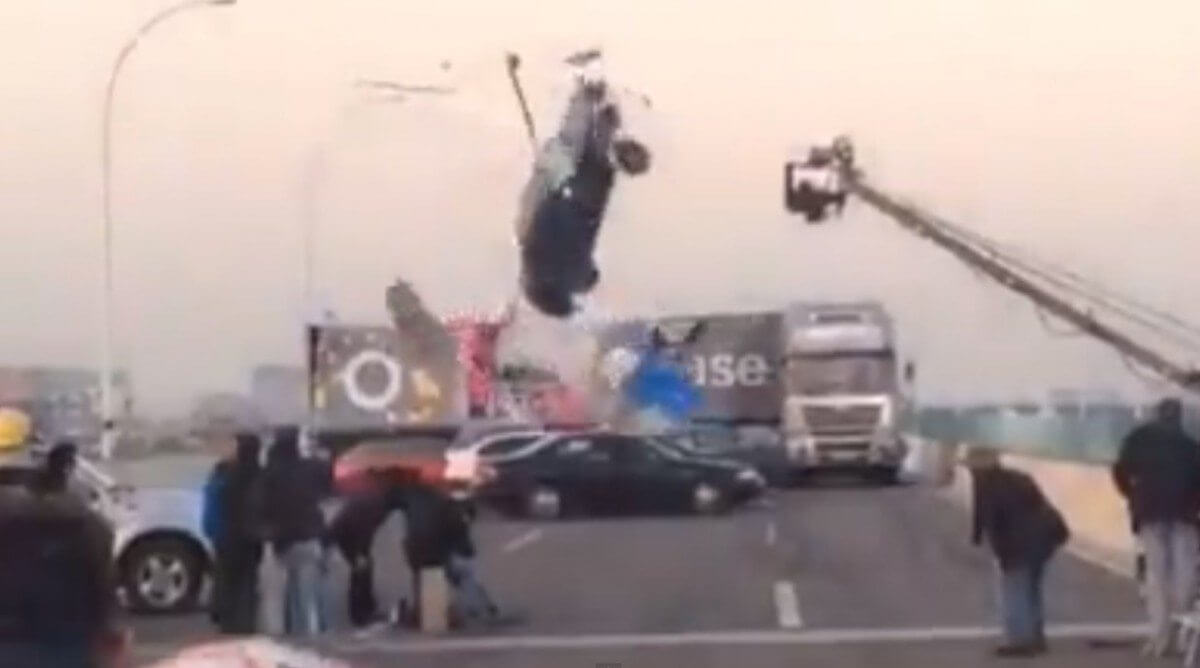 Onset film work is usually quite safety strict and well supervised operation, something went terribly wrong during this stunt which almost resulted in the film crew themselves being seriously injured or even killed. I cant even imagine how scary it would have been as the person behind the camera has to run to avoid the car, and they are a good distance behind the majority of the crew.