Australians are known for not mincing their words so when experienced marathon rally campaigner Keith Callinan of MacKay from Queensland calls the epay Silver Fern Rally the pinnacle of the rallying calendar you know he means it.
Callinan and his wife Mary Anne have competed in events all over the world and have just completed the iconic Sydney to London Marathon Rally. “We really shouldn’t be doing the Silver Fern this year,” says Keith. “The Sydney to London was an unbelievable financial drain. We thought that is our rally for the year but you can’t not do the Fern. It is the pinnacle of the rallying calendar and I am sincere when I say that!”

High praise indeed, so what is it that has brought the Callinan’s back for every single Silver Fern Rally since it’s inception in 2006. “There is no part of the event that isn’t great. The roads, the people, our service crew who are all kiwis, even our token Aussie who was born in New Zealand. They do a sensational job.”

The Callinan’s have competed in all parts of the world. “We have done the La Carrera Panamericana and the NORRA Mexican 1000 on the Baja Peninsula,” says Keith. They have also tackled the Sweden to Jordan Marathon, the Midnight to Red Sea and many, many more. “We have done all these things at the expense of other events but the point is we have always got to get back to the Silver Fern.”

Famous for rallying a Holden Monaro initially, Callinan has now moved to Ford Escorts. The car in which he did the last epay Silver Fern Rally has now been sold to Tony Quinn from Highlands Motorsport Park in Cromwell. Quinn is doing the shorter Silver Frond event this time. Meanwhile Callinan has built up a brand new Group 4 Escort, the car he used in the Sydney to London event. “The car will come to New Zealand direct from Wales.” Callinan also mentions he crashed on day one of the Sydney to London.
So will the damage be repaired before the Silver Fern? “A blind man on a fast horse wouldn’t even see the damage. We will do a bit of panel beating. It had a bent cross member and that is straight now. The car is nearly straight. It won’t matter on your kiwi roads because they aren’t straight anyway.” Callinan is full of quips and adds, “I’m hoping Tony Quinn makes me a really good offer on my new car. He’s the only bloke who could afford it!”

Callinan hasn’t always had the best of luck on the epay Silver Fern Rally. “The last one, I didn’t get the car off the line and two years before that I tore it off at the firewall. I’ve finished a couple but not as many as I’ve started.” However his enthusiasm and passion for the event is evident – “if you are an Australian and you haven’t done the epay Silver Fern Rally you need your arse kicked!”

The epay Silver Fern Rally 2014 will start from Picton on Saturday 8 November 2014. That night competitors will stay in Blenheim before crossing the island the following day to overnight in Westport on Sunday night. Competitors will then head back across the island on Monday to spend the following evening in Christchurch. Timaru, Dunedin and Invercargill are the destinations for the next three nights before the rally travels into the magnificent southern lakes area with a Friday night stopover in Wanaka. The rally ends on Saturday 15 November in Queenstown.

The rally will cover 1150 kilometres of competitive Special Stages over eight days and organisers are promising some new stages and new locations along with some roads that have been used previously but in differing configurations. The epay Silver Fern Rally provides competitors with a fantastic rally experience amidst some awe inspiring scenery. 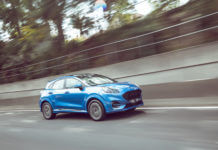