A hard fought win for some and a bitter pill to swallow for others, Singapore may have robbed us on yet another promised duel but the race did heat up the championship fight even more. 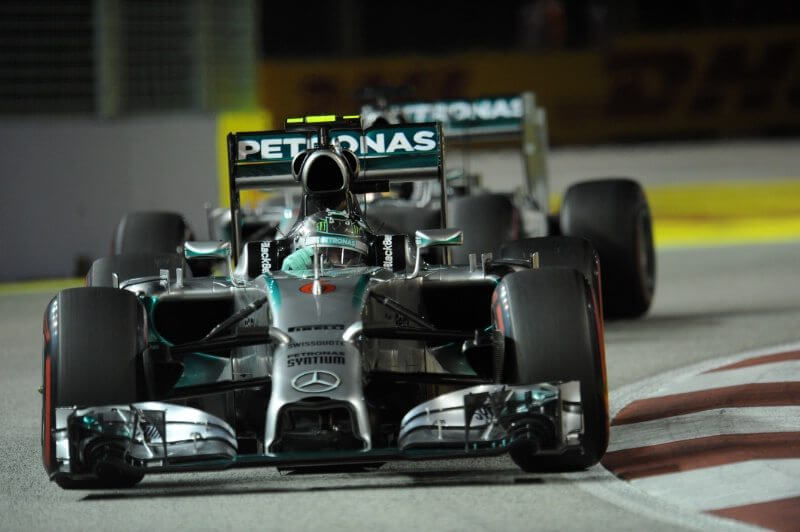 After the amazingly close qualifying where Lewis Hamilton snatched poll from his team mate Nico Rosberg by just 0.007 seconds. We all watch in anticipation of what promised to be an epic battle between the two Mercedes driver. But even before the race began it was clear that we were once again going to have to wait for this fight as the reliability plagued Mercedes again and a system wide fault in Rosberg’s electrics forced him to start from the pits with a new steering wheel and rebooted system. Unfortunately this did not mean we would get to see the young german fight his way to the top as it was soon clear he was unable to get the car to reset properly and soon retired after struggling to keep pace with the back markers. With the battle for first pretty much won, other than a safety car period bringing the pack back together briefly, it was the battle for the top five spots that provided the most action. Red Bulls Daniel Ricciardo struggled to catch his team mate Sebastian Vettel due to a fault in his energy recovery system still managed to come in third behind his team mate as the pair took the bulk of constructors points, eating into Mercedes lead. 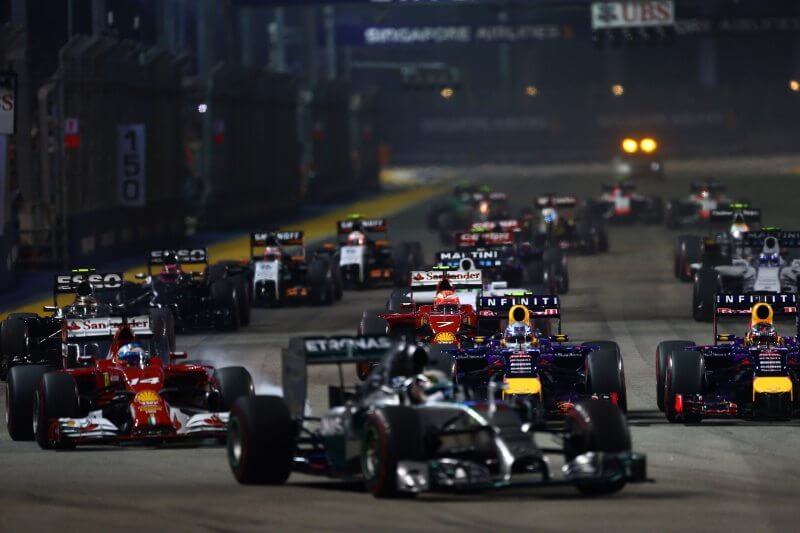 Jenson Button once again seems to have come out the biggest loser when he was forced to retire after what was a very good drive. His strategy taking him up to second at one point in the race and lending towards a possible to five finish. As the points now stand Hamilton leads Rosberg by just three points. With Ricciardo still within reach, just 60 points behind, if reliability page Mercedes in Japan and he takes double points in the final race. As for the rest of the grid, any real hope seems too far from reality but the fight for the constructors is where the money lys for the teams.

Is this the end of Rosberg’s championship fight or will he come back to beat Hamilton in Suzuka?  Let us know in the comments below or join the conversation in the Forums.
Images, results: Crash.net
Roger Baillie (Twitter @Rojn8r)