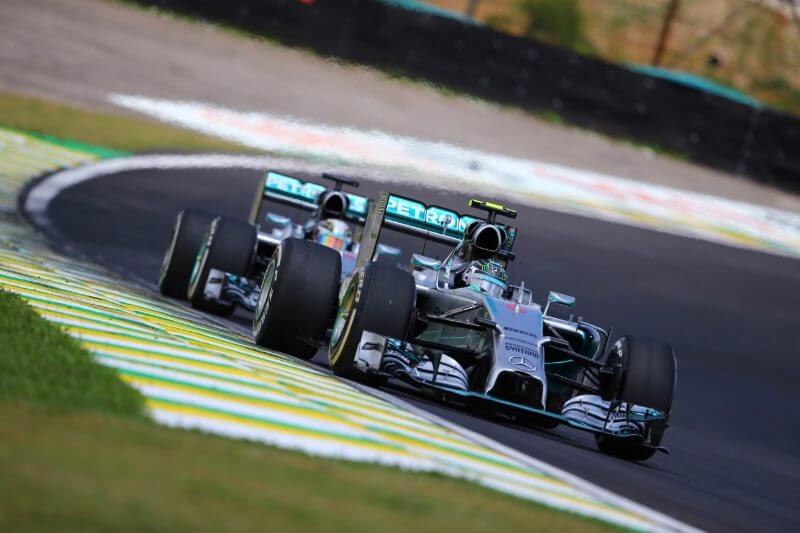 Brazil may have been my favourite race of the season. It lacked some of the drama of Spa or Monza but the on track action doesn’t come much more thrilling than that.
The race kicked off as you would expect with Rosberg making one of his best starts this season followed by his eager team mate Lewis Hamilton. Behind the Mercedes however the pack mixed as opportunities were lost and places gained.

Nico Rosberg drove better than he has all season, commanding the race right from the start and more importantly managing to keep Hamilton at bay despite his best efforts and generally being the faster man on the circuit.
For William driver Felipe Massa the opposite was true as he made a series of mistakes that cost him in the race initially. Beginning with his stop-go penalty for speeding in the pit lane after the initial round of stops and culminating in his mistaking the McLaren pit box as his own costing him time on his second stop. Fuelled by his home crowed and determination to be o the podium in Brazil  he managed a spectacular recovery in the closing stages of the grand prix to take up third on the podium. 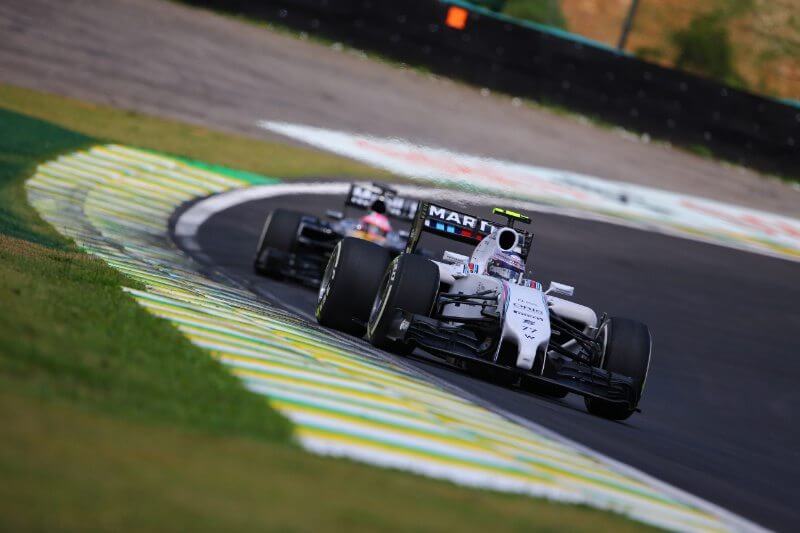 The most telling and possibly entertaining battle of the race was between Ferrari team mates Kimi Raikkonen and Fernando Alonso. Alonso was held up behind Kimi for several laps despite Raikkonen’s car being slower, on older tires and attempting a lean two stop strategy. Under normal conditions this would have easily be subject to team orders, asking Kimi to move aside, yet as the laps ticked down it was clear that Ferrari were not going to give Alonso the courtesy and all but confirming his status in the team as the man on the way out. As the points now stand, this Championship is only Hamilton’s to loose. Even if his team mate takes victory again in Abu Dhabi, Hamilton will only need to finish second to clinch the title. Despite the slight anti climax that this may bring to the season, race on race, this has been one of the most thrilling yet.
Drivers Points

Jin the discussion on F1 and much more in our Forums.