DriveLife
Home Manufacturers News Hyundai How Much Would You Pay For A Hyundai? What if I told you could have a brand new sedan with the luxury of a Mercedes S-Class, the size and dynamics of an E-Class but only costing as much as a C-Class? Sound too good to be true? Well no, because the car in question isn’t German, British, or American. It’s not even Japanese. It’s actually Korean. Hyundai have been selling posh sedans for years in its home and American markets, both are left hand drive markets. This new generation Genesis is the first to be available with right hand drive.

The Hyundai Genesis luxury sedan has just been launched in Australia and it starts with a AU$60,000 price tag. With today’s exchange rate the starting price of the Aussie-spec Genesis equates to around NZ$66,000. Would you spend $66k on a Hyundai? From the face of it, I’d have to wait until I’ve experienced it in the metal but the spec sheet does make for a very tempting proposition. The price tag undercuts the likes of the Mercedes C200 ($71,900), BMW 320i ($74,300), and Lexus IS250 ($72,900) by a few thousand, let alone undercutting the much more expensive executive and luxury sedans from those marques. It may have a badge that’s to luxury cars what Homebrand is to Michelin chefs but there’s no denying it’s come loaded with all the kit one expects from the most exclusive of luxury cars. The standard equipment list is long and extensive, which includes highlights such as a radar-guided cruise control system, a 9.2-inch touchscreen display, hands-free boot operation, and a 17 speaker Lexicon sound system. Among some of the optional extra bundled into packages are a panoramic sunroof, Heads-Up Display, noise reducing glass, soft close doors, ventilated front seats, around view monitor, and rear cross traffic alert.

Powering the Genesis is a 3.8-litre V6 GDI engine mated to an 8-speed automatic transmission powering the rear wheels. The interesting figures are 315bhp and 397NM of torque while the claimed fuel economy figure is 11.2L/100km. It’s not quite as economical as ze Germans and the single engine choice might limit appeal. However, there’s no denying the great value it represents in terms of cash for car. Measuring at 4990mm long, 1890mm wide, and 1480mm tall, the Genesis is certainly one of the most cars you get for the money. With the similarly sized and priced Holden Commodore and Ford Falcon nearing the end of their production lives, could the Genesis be their successor for families needing a large sedan, corporate taxis, and government chauffeurs? Possibly. But it could also shake up the luxury car segment.

While it’s safe to assume the Australian-spec Genesis will be similar to what we’ll get in NZ. After contacting both Hyundai NZ and Gary Cockram Hyundai, it seems we’ll know the full specs and pricing in January 2015. We’ll keep you updated as soon as we get any info on the Genesis. But as Hyundai NZ are yet to confirm prices, how much do you think is right for the Genesis in our market? 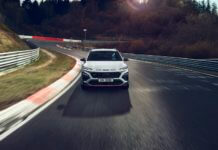 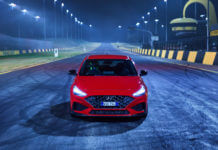