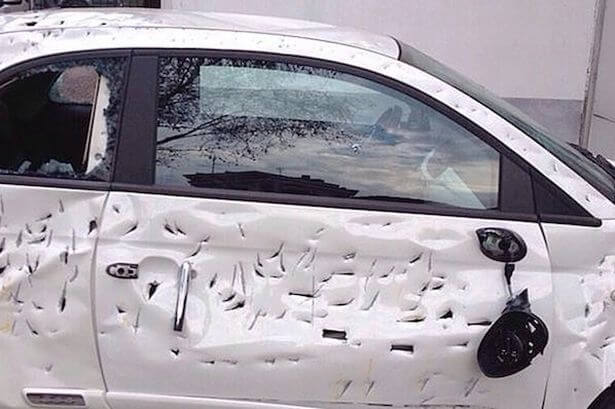 Spartaco Capon, 35, who lives in the town of Lissone in northern Italy had had enough with the unreliable public transport that had been always making him late for work. So much so his boss had given him a warning, so to solve the problem he splashed out and got himself a brand new Fiat 500. This should solve all his problems, or so he thought until in the first week that he went to use it it would not start and because of this it made him late again. This was enough he snapped and grabbed an axe and proceeded to destroy his brand new Fiat, smashing the glass and every panel repeatedly.

Near by neighbours called the police as they thought it was a act of vandalism, when they arrived they were a bit surprised to find out that he was the owner of the car.

Police spokesman Anastasio Gallo said: “Normally in incidents like this it’s not people smashing up their own car, but he was able to prove it was his.

“We think he must have been under a lot of stress at work lately and he was taken to hospital where doctors helped to calm down and are keeping him in for tests.”

On the bright side (if you can see one) he was given a week off work by the doctors to help him relax. Wonder what he will be thinking when he realises what he has done.