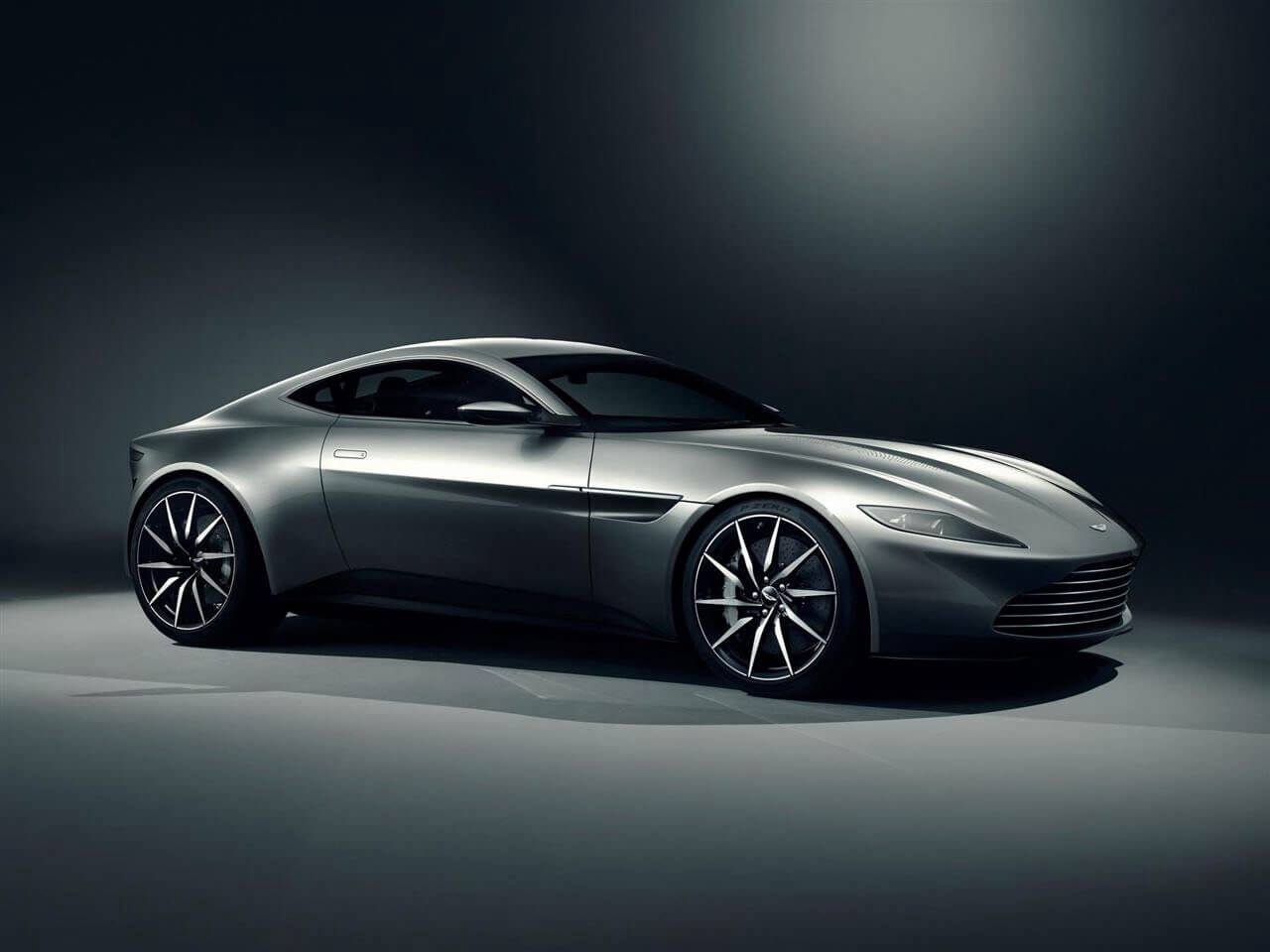 It must be a hard life being a spy for MI6. The dangerous colleagues, having to deal with countless women, and having to go abroad all the time. There are certainly more relaxing professions out there. At least you get some of the best cars in the world as a company car. Over the 50 years of James Bond films we’ve seen our favourite British spy in a variety of cars such as a Lotus Esprit, Toyota 2000GT, Alfa Romeo GTV6, and an ill-advised venture to BMWs.

Among the various brands 007 has been seen in, there’s always one in particular that’s associated with him as much as his trusted martinis and Omega watch; Aston Martin. Since Goldfinger, Aston Martin and James Bond have gone together better than any other automotive and cinematic pairing. Batman and his Batmobile, Knight Rider and Kitt, even Marty McFly and the DeLorean are no match for the perfect combo of Bond and Aston. In the last half century Bond has driven a DB5, V8 Vantage, Vanquish, DBS then back full circe to the DB5 in the last movie, Skyfall. Now for the 24th Bond movie, Spectre, Aston Martin and the producers of the Bond movies have decided to give him a very special 50th anniversary present. Next year we’ll see Bond in an all new car to replace his DB5 that got written off in Skyfall, the very new and very special DB10. This is about as special as cars get. Only 10 examples will be made and all will be used for the production of the film. Let’s hope none meet the same fate as the DBS used in the Quantum of Solace.

The movie producers worked close together with Aston’s designers in creating the ultimate car to suit the ultimate spy. The DB10 previews the next generation of design for Aston Martin. You definitely won’t mistake this for the old DB5 or DBS that’s for sure. What makes the DB10 so effective is its new and stunning but with a touch of the familiar. Everything has evolved from the current design language. This new look brings in cleaner and simpler lines. Minimalist is the word that pops into mind. It’s more sensual than before with the right curves at the right places. Up front, it’s as pretty as any Bond girl while the side profile is unmistakably Aston. The rear is a bit Marmite-ish for me. There’s hints of F-Type Coupe in the rear, but there’s also more than enough hints of the Vision Gran Turismo DP100 Concept in there too. Which nearly makes for out the Jag-ness. Size-wise it’s closer to the Vantage than the DB9. The wider rear track and the muscular haunches emphasise familiar Vantage proportions.

There’s no confirmation on what the technical specs of the DB10 will be. Some have said it’ll feature same 4.7-litre V8 engine from the Vantage, others have said it’ll be a test mule of the new breed of AMG-engined Astons. We’ll have to wait and see when we hear it in motion at the cinemas next year. We can see that’ll have Pirelli P-Zero rubber and carbon ceramic brakes. It’s unclear at this stage if it’s Q has given it any special optional extras. If you’d rather have the real car then you can’t. Though the follow up should be available for purchase. Judging from the DB10’s numbering we should expect the next ‘DB’ Aston to have a ’11’. That car will be a direct replacement for the current DB9 and will most likely have styling inspired by, or if not carry on, from the DB10’s design. Can’t wait to see the next chapter of James Bond and Aston Martin.