2014 may have been filled with news stories of war, terror, and disasters but it was also Maserati’s 100th anniversary. Not quite the same things but they did show us the stunning Alfieri Concept car at the Geneva Motor Show in March this year. That reminded us that perfection and true beauty can still exist in our world.

When the Alfieri was shown there was a lot of speculation about it making production. Maserati didn’t confirm nor deny anything. Some months had passed and we thought Maserati had given up on the Alfieri. Between then and now the Mercedes-AMG GT was revealed, yet another Porsche 911 variant was launched, and Jaguar updated the F-Type Coupe. So when Maserati officially confirmed the Alfieri would go into production, well that was quite literally an expected surprise. Given Maserati’s success this year with the new Quattroporte and Ghibli, a special sports car would be the cherry on the cake. When the Aliferi does go into production it’ll share many parts with the Ghibli. Maserati said a 2016-2017 launch would be possible.

Expect the same engine and drivetrain choices as the Ghibli, so turbocharged V6 petrol engines with around 400bhp are most likely, though a 500bhp turbo V8 option is viable. Rear-wheel and all-wheel drive options will also be available. Only transmissions remain uncertain. At the moment the entire Maserati range use either automated manual transmissions (MC Corsa) or ZF automatics; no manuals. A small, two-seater Maserati sports car should at least have the option to come with three pedals. Come on Maserati! Aluminium is expected to be the main material used for the construction of the Alfieri to keep weight down and on par with aluminium-bodied rivals such as the Jaguar F-Type and Mercedes-AMG GT. Reports suggest the Alfieri will have a similar footprint to its rivals too measuring around 4500mm long. A convertible version is also expected to follow the launch of the coupe. Pricing should be close, if not the same as its direct rivals.

Maserati will launch an SUV first, which is expected sometime in 2015. It’s good to see Maserati becoming more aggressive with its product structure and it’ll be exciting times for the Trident badge. Be it on a super-saloon, SUV, or sports car, you can always expect drop-dead dramatic looks from a car bearing a Maserati badge. The Alfieri will surely give rivals a good run for their money. I know looks are subjective but I think on looks alone it’s got them well beaten. What a gorgeous car it is. 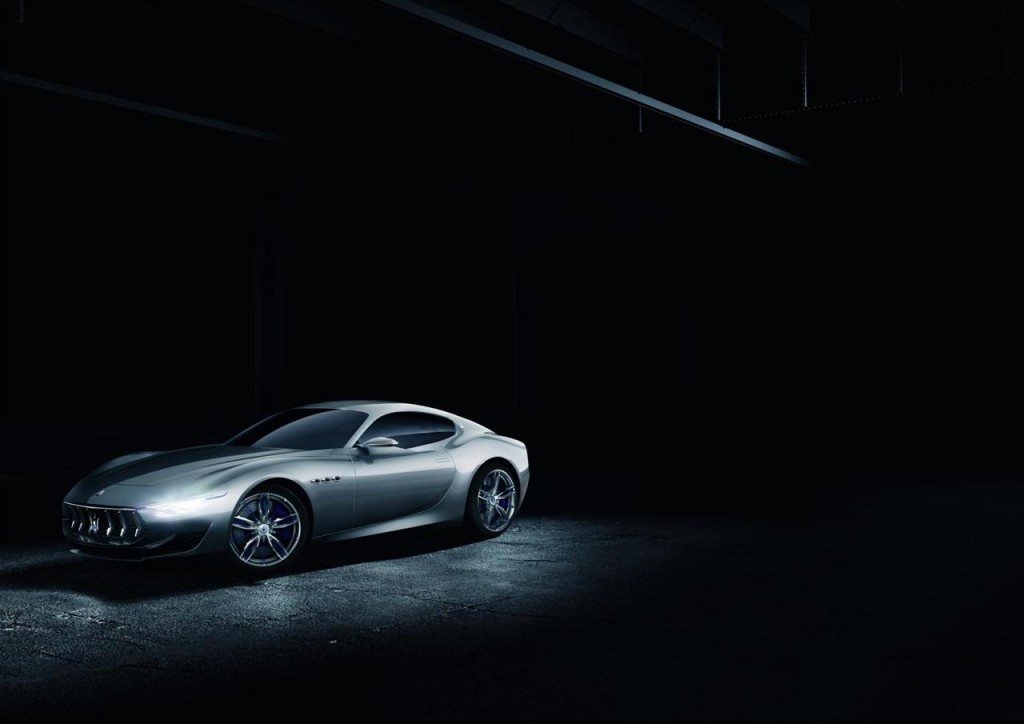