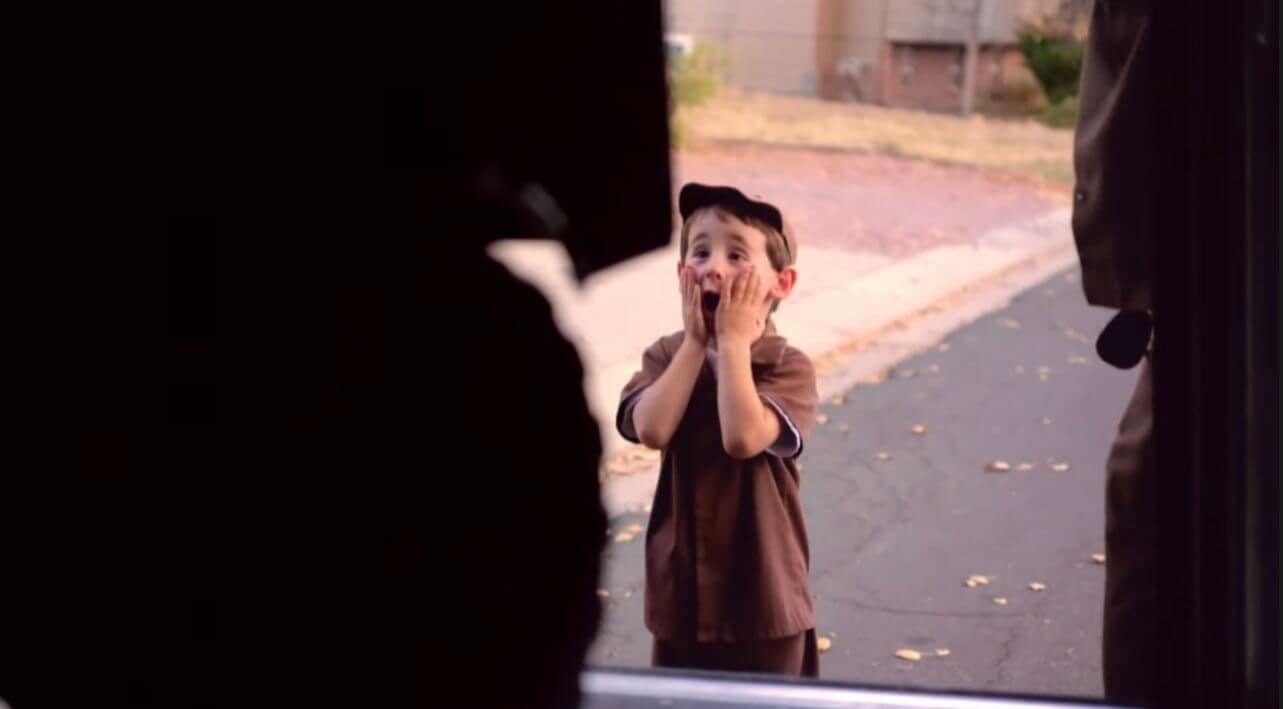 4 year old Carson had to get a special milk formula while he is growing up and it was delivered a couple of times a week by UPS and their driver Mr. Ernie. Carson became fascinated by Mr Ernie and UPS and wished to be just like him. So UPS made Carson a delivery driver for a day so he could deliver the parcels around his neighborhood, but he needed a truck. The first parcel that UPS delivered was Carson’s own miniature brown UPS delivery truck, he already has his own UPS uniform.