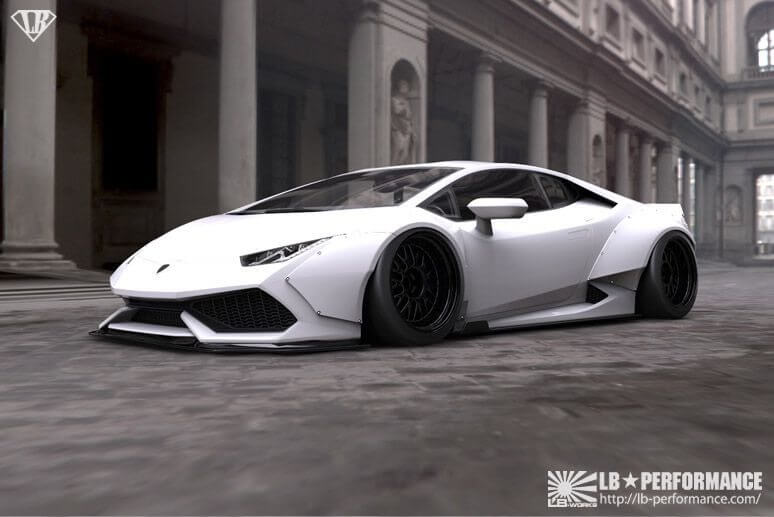 It’s been quite a week for Lamborghini’s latest model. Earlier this week we saw this video of a moronic driver crash his lime green Huracan while driving at insane speeds on a public motorway. It was a friendly reminder not to drive like a tool on the road and that despite what some might say, the raging bull has definitely not been tamed.

Then we got the Huracan GT3, an even angrier and racier version of the Huracan. Rather ironically it was to show was lime green as well. The GT3 is track-ready machine born from the depths of hell. It’s a sensational looking thing with that redesigned air intake, massive wing, flared wheel arches, and all those extra aero goodies. Unfortunately it was built primarily for track use to compete in events such as the Spa 24 hour endurance race. You can buy one for a not so inconsiderable amount of money but you won’t be picking up any female friends in that. 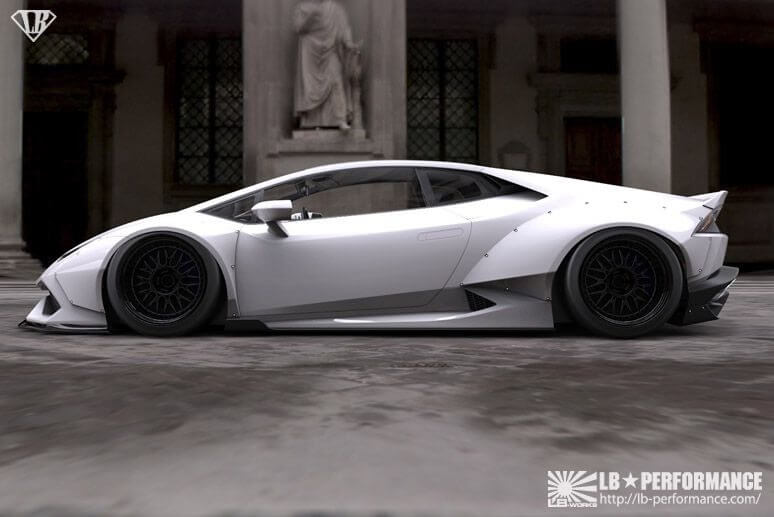 If, however you want to make your Huracan look as menacing and race ready as the GT3, but want to use it on the road, then why not have a look at the newly announced Liberty Walk Huracan. We’ve seen Liberty Walk’s creations before, they’ve done up Aventadors, 458 Italias, and GTRs. Now they’ve turned their creative minds to the Huracan and just look at it. It sits low, and wide. The exaggerated sills and wheel arches with visibile rivets, the ducktail spoiler, and those fat tyres. This is how a Lamborghini should look.

Liberty Walk don’t really do much to the performance spec of the car, instead they just make it look even more extreme. I like that philosophy. Sure anyone can have a 1000bhp Lamborghini but it takes a brave soul to drive one as low as this on public roads, especially with a splitter like that. I’m sure Ferruccio Lamborghini himself would approve of Liberty Walk’s creation. I sure do, I’d go as far as to say I prefer this to the original. It’d make for a far better poster that’s for sure. 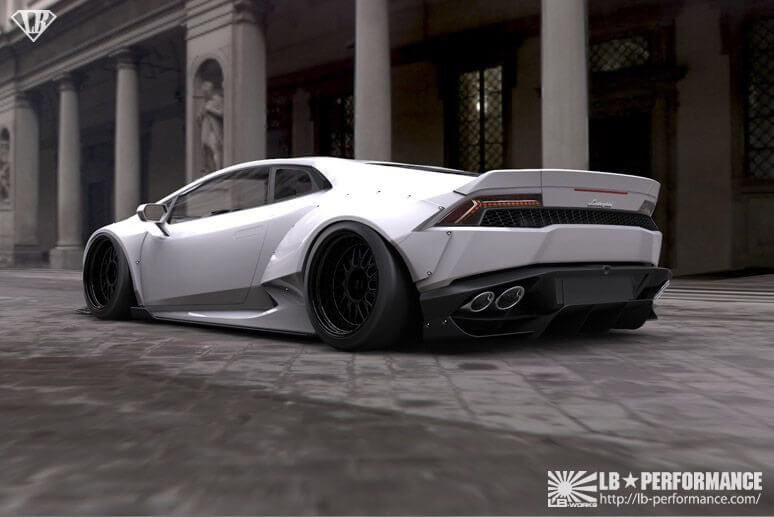