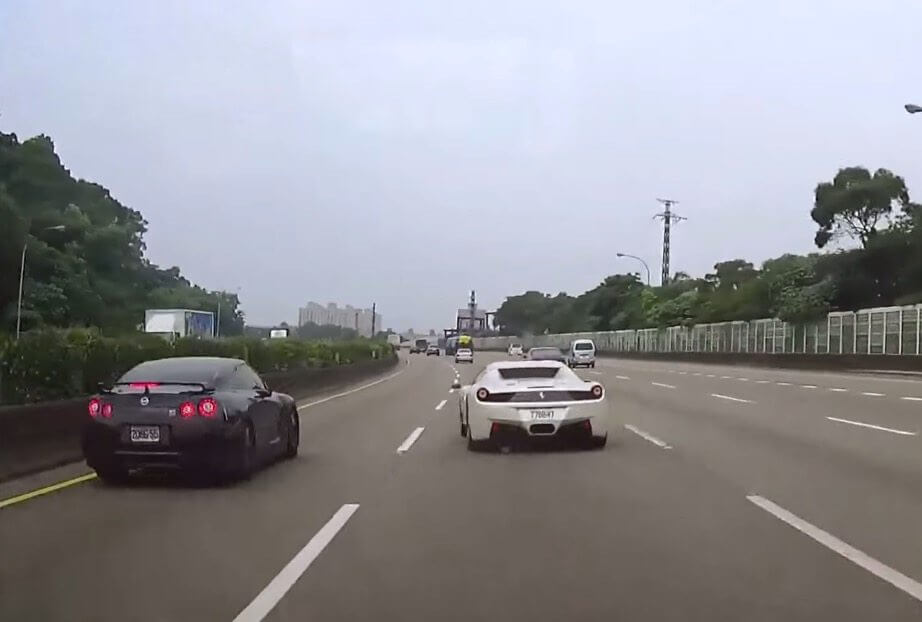 Street racing only ever ends in one of two ways. In one of the most fabulous displaying of asshatery I have ever seen, this Ferrari 458 driver, while racing the black Nissan GTR, cut him off. The resulting manoeuvre to avoid hitting the Ferrari, sent the GTR off the tar and on to the lose dirty section of the motorway. Amazingly the driver managed to avoid hitting the wall, but he was not so lucky with the car merging into the next lane, sending it into a spin which also narrowly misses the dividing wall. From what we can see anyway, there is a good chance no one suffered any serious injuries.