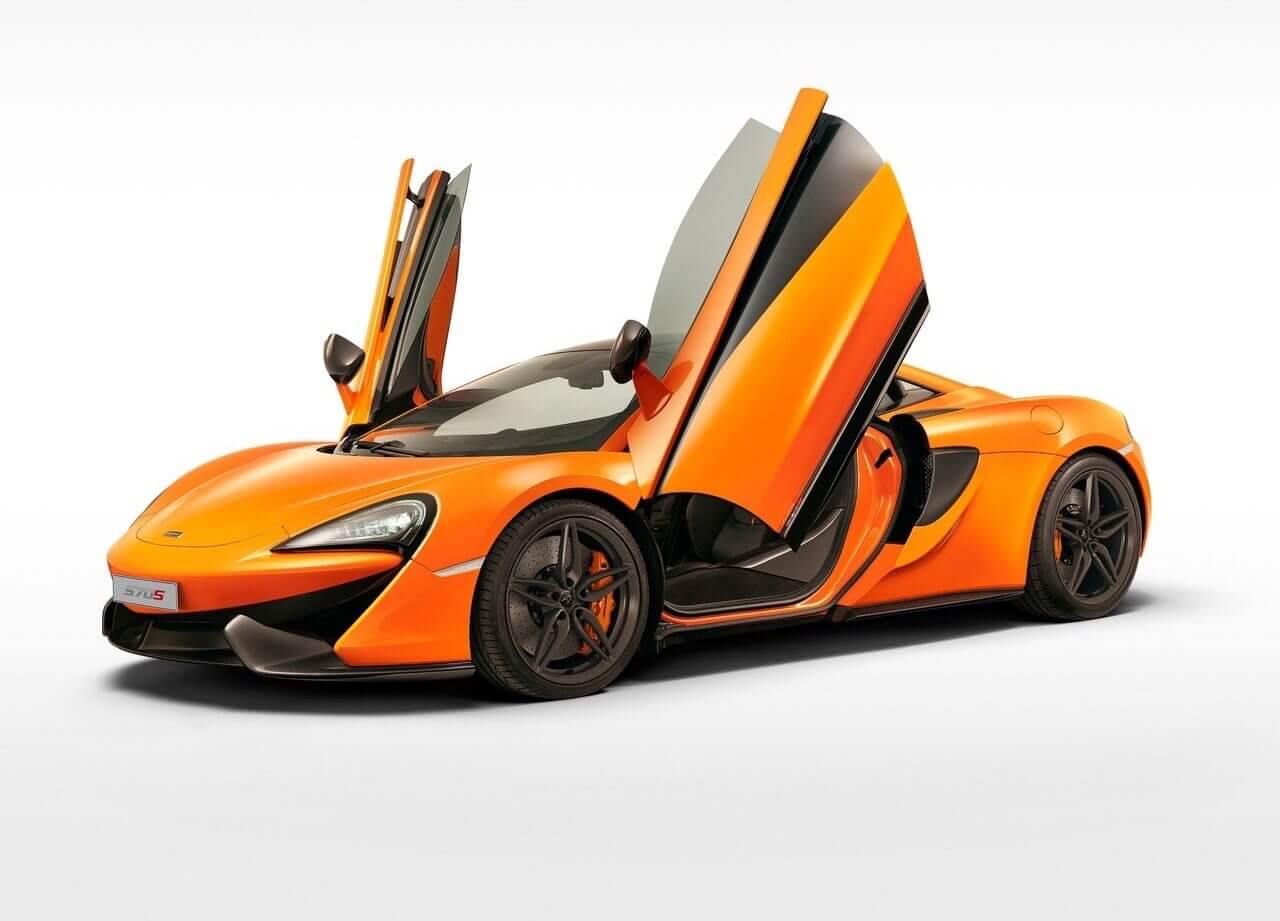 Ever fancied owning a McLaren but the $449,500 650S or $1,500,000 P1 were out of your budget? Fear not as McLaren have now introduced a brand spanking new entry point into their range. Meet the the first of McLaren’s new Sports Series; the 570S and as the name suggest this thing is packing 570bhp/419kW. Power comes from a de-tuned version of the same 3.8-litre twin-turbo V8 as seen in the 650S and P1. That said, around 30% of the engine components ahve been changed to give it its own characteristic. In this form, the engine is rated at producing 600NM of torque. That allows it to get from 0-100 km/h in 3.2 seconds and on to a top speed just shy of 330 km/h.

Those performance figures put it slap bang in Audi R8 V10 Plus and Porsche 911 Turbo S territory. It’s not just the performance figure but also the price that’ll match the R8 and 911. Expect to be around the same ballpark as the $325,000 Audi R8 V10 Plus (albeit the outgoing model) and the $406,000 Turbo S. What won’t be the same is the weight; McLaren claim it’ll weigh around 1313kg, around 150kg less than the R8. That’s thanks to the use of the carbon fibre MonoCell II chassis used in the 650S and generous use of aluminium in its bodywork.

As it’ll be the entry point to the McLaren family it won’t be as “high tech” as it’s bigger and more expensive siblings. The 650S’s sophisticated suspension setup has been ditched in favour for a simpler double wishbone setup. There’s still adaptive damping and anti-roll bars to give it the best handling of course. The same goes for the aero, which are fixed instead of being active.

The aero features are largely influenced from McLaren’s Super and Ultimate Series cars, which in turn effects the styling of the car. It also looks like the rest of McLaren’s range. The basic shape is clearly McLaren with the new nose and tail clearly channeling the P1 flagship. As with all other McLaren cars, the 570S features butterfly wing doors. Yes, even the baby McLaren gets doors that go up. Those are reason enough to get this car at this price point. We’ll let you make your own minds up on the design but it certainly stands out against the Germans. McLaren emphasise they want this car to be seen as every bit of a daily driver as the R8 and 911. The interior is a bespoke design for the 570S and features a 7-inch touchscreen for the infotainment system. Sat-nav, Bluetooth, and a premium sound system are all standard fit. Of course as is a full leather interior. McLaren also say the 570S has the “best-in-class” front luggage capacity of 144 litres. Also part of the standard equipment list are LED headlights and carbon-ceramic brakes.

So, what to make of the 570S then? Is it a poor man’s McLaren for those who want a P1 but can’t afford one, much like how the original Cayman was seen a poor man’s 911? Or is it a fitting entry point to the McLaren range and a fresh alternative to a segment dominated by ze Germans? I’m leaning more towards the latter but it’ll depend on the characteristic of the 570S. It has to have its own personality and can’t just be a scaled down version of a 650S. Think Aston V8 Vantage and Vanquish. Both cars are similar in concept but different in execution. That’s what I’m hoping for with the 570S.