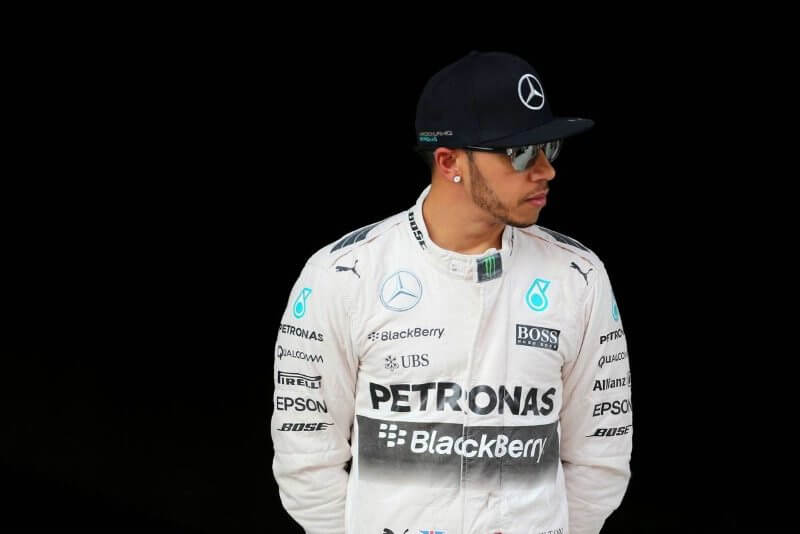 Lewis Hamilton came into this weekend determined to stamp his dominance over the Chinese Grand Prix but, after he failed to improve on his first qualifying run, came under pressure from team mate Nico Rosberg in the fight for the top spot on the podium.
Rosberg however just does not seem to have the same fight in him this season and Hamilton clearly is in his element landing them first and second on the grid receptively.
For Mercedes as a team this is important as Ferrari’s Sebastian Vettel, who took the win in the balmy heat of Malaysia, was almost a second down from the Mercedes top lap times. He still sits ready to pounce host behind Hamilton on the grid in third, but we are yet to see if the Scuderia can match pace with the Mercedes in the cooler temperatures of China.
Furthermore, the Williams are biting on their heals heading into this race, the fan favourites of last year upped their pace for qualifying by getting between Vettel and teammate Kimi Raikkonen, Felipe Massa completing the second row in fourth and Valtteri Bottas squeezing into fifth. Indeed, Raikkonen, who suffered in Malaysia and found his way fighting back up the grid, would find himself six tenths slower than his team-mate and seemingly off the overall pace of the Williams yet clings on to his sixth position on the grid.
Daniel Ricciardo in his Red Bull continues to show good pace in qualifying but is yet to back it up on race day, after struggling to keep up with sister feeder team Torro Rosso in the last race. Behind him in eighth sits the Lotus of  “Will he crash this time” Romain Grosjean and the two Sauber’s continuing their mid field charge this season, Felipe Nasr and Marcus Ericsson round out the op ten.
The race is looking to be another Mercedes domination yet so was Malaysia until Ferrari piped them to the post with better strategy and a superb drive from Vettel. Who will you be cheering on this week? Will the Scuderia have the pace to beat Mercedes at their own game yet again or will the cooler temperatures and lower tyre digression play in to Hamiltons favour? Is there any chance that Williams will play any part in this championship fight in 2015 or is it a two horse race?
Let us know what you think in the comments or on FaceBook.