‘BUILT BEYOND BELIEF’. That’s the tag line for the Kawasaki Z1000 H2 Ninja. If a 1,000cc 4-cylinder motor wasn’t enough, Kawasaki decided to throw a supercharger at the H2 to give it 154Kw of power in a 238Kg package. What does that equal? Performance, and then some. I can only imagine what that performance (and sound) is like when you get near the 14,000rpm red line. 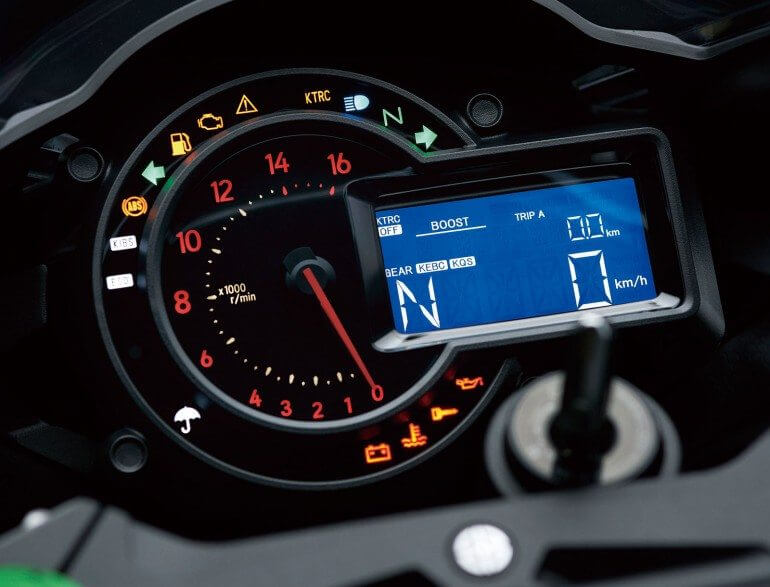 The H2 is the street-going version of the track-only H2R which manages to get 240Kw out of that same motor. Yup, that’s more than 1Kw per Kg. Crazy – and why it’s a track-only bike.

But not the H2. Sold at Kawasaki dealers throughout New Zealand, it’s a road-legal, 206HP motorbike. In fact, it has aerodynamic aids to generate downforce to keep the front wheel down and to aid stability – and for good reason. Read it again: 206HP! Apparently the claim is that this is “the fastest accelerating motorcycle ever”. That’s a hard claim to dismiss at this time.

As you would hope with 206HP, the H2 comes with launch control and traction control. I expect most riders would use it often.  Chain drive is used as expected, but one unexpected feature but likely much needed is the ‘stopper’ for the rider – basically a big rubber stop that is behind the rider to stop him (or her) sliding backwards too far under acceleration. And accelerate it does. 01-100km/h? Less than 2.5 seconds and on to a top speed around 321Km/h. Rear seat? Yeah, nah. Imagine a pillion rider trying to hang on as this thing accelerates.

The H2 comes with a single-sided swing arm. This may not seem like much – they’ve been around for ages – but it’s the first Kawasaki to feature this. The frame is a steel trellis unit; it was used because of the stress the frame was expected to be under, when coping with the 240Kw (321HP!) track model.

Brakes? Needless to say they are massive. A pair of 330mm Brembos calipers adorn the front, although interestingly the calipers are only 4-pot. I thought with the performance available, 6-pot calipers would have been a better choice. ABS is standard.

Those around my age will remember the trigger-happy, two-stroke, triple-cylinder H2. A performance bike of its age though, no doubt about that. This is why the H2 name has been used again. This H2 has set a new benchmark in performance – in fact it’s the only motorbike in the world sold with a supercharged engine.

This is the original H2. Can you see the resemblance? Other than 2 wheels, me neither. But for its day, it was something else. 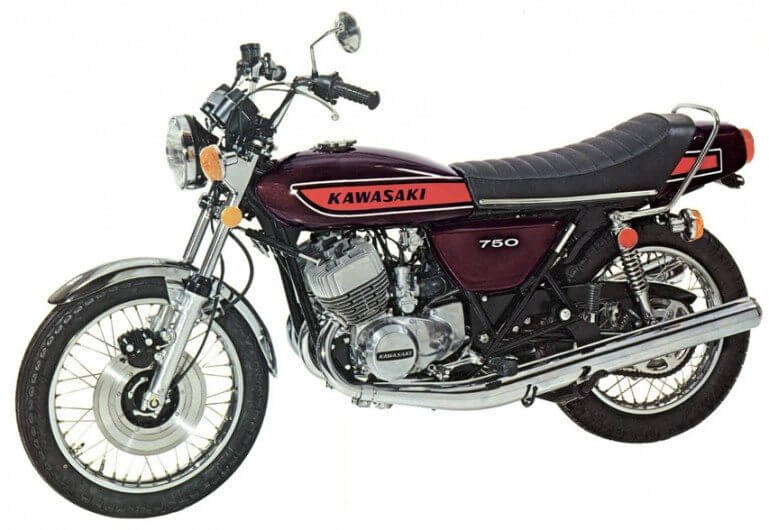 What’s that sound? I think it’s Mad Max calling…and he wants his H2 back.