Nissan’s North American VP, Pierre Loing, said the retro-inspired IDx concept car shown at the 2013 Tokyo Motor Show will stay a show car and won’t go into production. That comes as bad news to the many people who were looking forward to the prospect of a small, affordable rear-wheel drive sports car from Nissan.

That was one of the larger factors for Nissan’s decision not to produce the IDx, developing a brand-new rear-wheel drive platform for a low-volume sports car was not financially viable. Using an existing Nissan platform also wouldn’t have worked as the rear-wheel drive Z platform was suited to a larger engine, a production IDx would be powered by a four-pot. Front-wheel drive would’ve been out of the question as it’d ruin aesthetics, not to mention disappoint many petrolheads. Of course some of you may point at Toyota and Subaru’s decision to produce the 86/BRZ, but Toyota is a bigger and wealthier company than Nissan so they were able to make a case for a low-volume sports car, but even then required the help from Subaru. Perhaps Nissan needs to team up with someone else, surely Renault or Alpine could do with a rear-wheel drive coupe too?

That said, Nissan haven’t completely ruled out a return to the small coupe market. It just won’t be an IDx. But that still leaves the door open for the return of the Silvia/SX nameplate, which would certainly make more people happier. Now that the majority of Japanese car manufacturers are starting to churn out sportier vehicles it’s only a matter of time before the rest of them (Mitsubishi) start to follow suit. 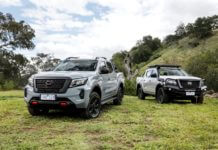