The Toyota Mega Web showroom maybe the future of showrooms, but next door is the History Garage which unashamedly looks to the past. It’s located in the Venus Fort mall, which has a Venetian theme, to set the mood from the get-go. It’s quite literally a trip down memory lane. As soon as you go through the pillared entrance you’re transported back to 1950s Europe. There’s a fake fruit market, pot plants on balconies, and even clothes hanging on the line. Of course you’re not here to admire the decor but the attention to detail is truly something special. Not quite special, it has to be said, as the cars. The History Garage tends to change their displays often so some the cars you see here may not be there next time. However, there’s always something nice to see. Toyota cars include the 2000GT, Sports 800, Celica, Soarer, Sprinter, Crown, AE86 Corolla, and Corona. But it’s not all Toyota cars. Other Japanese brands are well represented too. From Nissan, er, I mean Datsun, there’s the 240Z. The ‘Hakosuka’ Nissan Skyline GT-R should keep most JDM-philles happy. The yellow Honda S600 was a nice ray of sunshine in the dark-lit garage. From Mazda are the hilariously named Carol and the bite-the-back-of-your-hand pretty Cosmo. The Giuigiaro-designed Isuzu 117 Coupe was an expected treat and it made think why there aren’t more Italian-designed Japanese-made sports cars out there. Foreign cars weren’t in short supply either. America was represented by a first-gen Mustang Convertible and there was a Corvette C2 and a big old Caddy too. The DeLorean DMC-12 was displayed next to a large Back to the Future poster in case you forgot where you recognised it from. The typical British roadsters were there; Jaguar E-Type, MGB, and Lotus Elan. Italy had both a supercar (Ferrari 246 Dino) and a people’s car (Fiat 500). France was represent by two Citroens, while Germany was represented by the BMW Isetta bubble car, Mercedes-Benz 280SL, and Porsche 356. It’s an exhaustive list. Every now and then they’ll have a special display, I was lucky enough to be there when they had some racing cars from Toyota’s past there. Everything from old rally cars to some from Toyota’s Formula 1 past were there. The History Garage is certainly worth a visit for any petrolhead in Tokyo, and if you’re already in Odaiba to see the Toyota Mega Web you might as well go see this too. As a bonus, downstairs there’s also a huge shop where you can buy almost every die cast model car ever made. It’s an eye-watering, jaw-dropping collection of some of the best and rarest model cars. The usual stickers, key chains, and car magazines are also available there too. 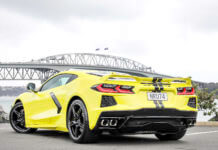 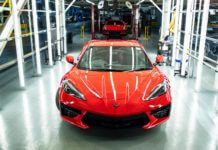